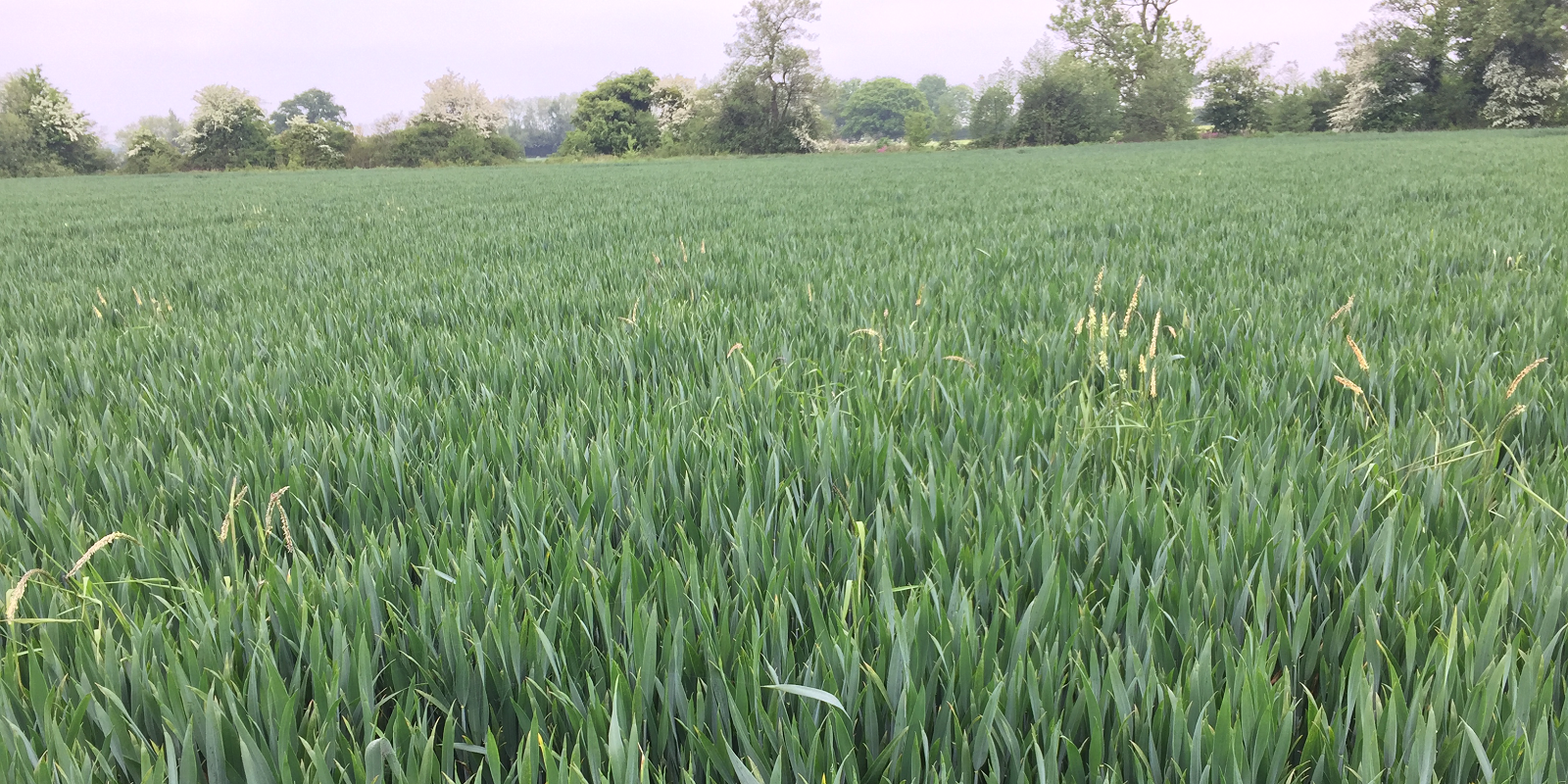 After a wet April, it has been dry in the West until recent storms in late May. Spray workloads are generally up to date, but due to the early season wet weather, drilling schedules are still behind where they have been in previous years.

This is the time of year to complete the weed control in cereals and where grass-weeds such as black-grass have got through herbicide programmes, consider spraying off areas with glyphosate to prevent seed return. Rogueing is also an option if numbers are at manageable levels.

Wheat T2’s should have been applied or are imminent. There appears to be quite a lot of differences in growth stages between sites and varieties this year. The two photos below were taken on the 23 May, and show two different varieties both sown on the 8 October. The variety on the left is ready for its T2, but the variety on the right is not as the flag leaf is not fully emerged.

If T2s are applied prior to the flag leaf being fully emerged, the base of the leaf will be unprotected. Therefore, the T3 spray should have activity on Septoria, as well as ear disease activity, and should not be delayed. That is why prothioconazole is the azole of choice, with both metconazole and tebuconazole weak on Septoria. Where brown rust is a concern, add in a strobilurin.It is important that the T3 spray is timed from early- to mid-anthesis for it to have maximum activity on the ear disease complex, which includes the Fusarium and Microdochium species.

Winter barley T2s should have been applied, as well as T1s in forward spring barley crops. For spring barley that has not yet received a fungicide, do not wait for the crop to reach GS31. The T1 fungicide should be targeted at late tillering and the T2 should follow 3-4 weeks later. The inclusion of CTL at the T2 timing should be considered if Ramularia is a concern.

The maize crop is emerging and so are the weeds, if looking for something to control both broad-leaved and grass-weeds Maister (foramsulfuron + iodosulfuron) is a good option. Growers can also add in Buctril (bromoxynil) or Callisto (mesotrione) to Maister for a wider broad-leaved weed control spectrum.

Potato planting should be nearing completion and blight fungicide sprays are imminent or may have already started. With the arrival of “Dark Green” EU37_A2 blight strain, which has shown to be insensitive to key tuber and foliar blight active fluazinam, growers should be aware of its implications for product choice.