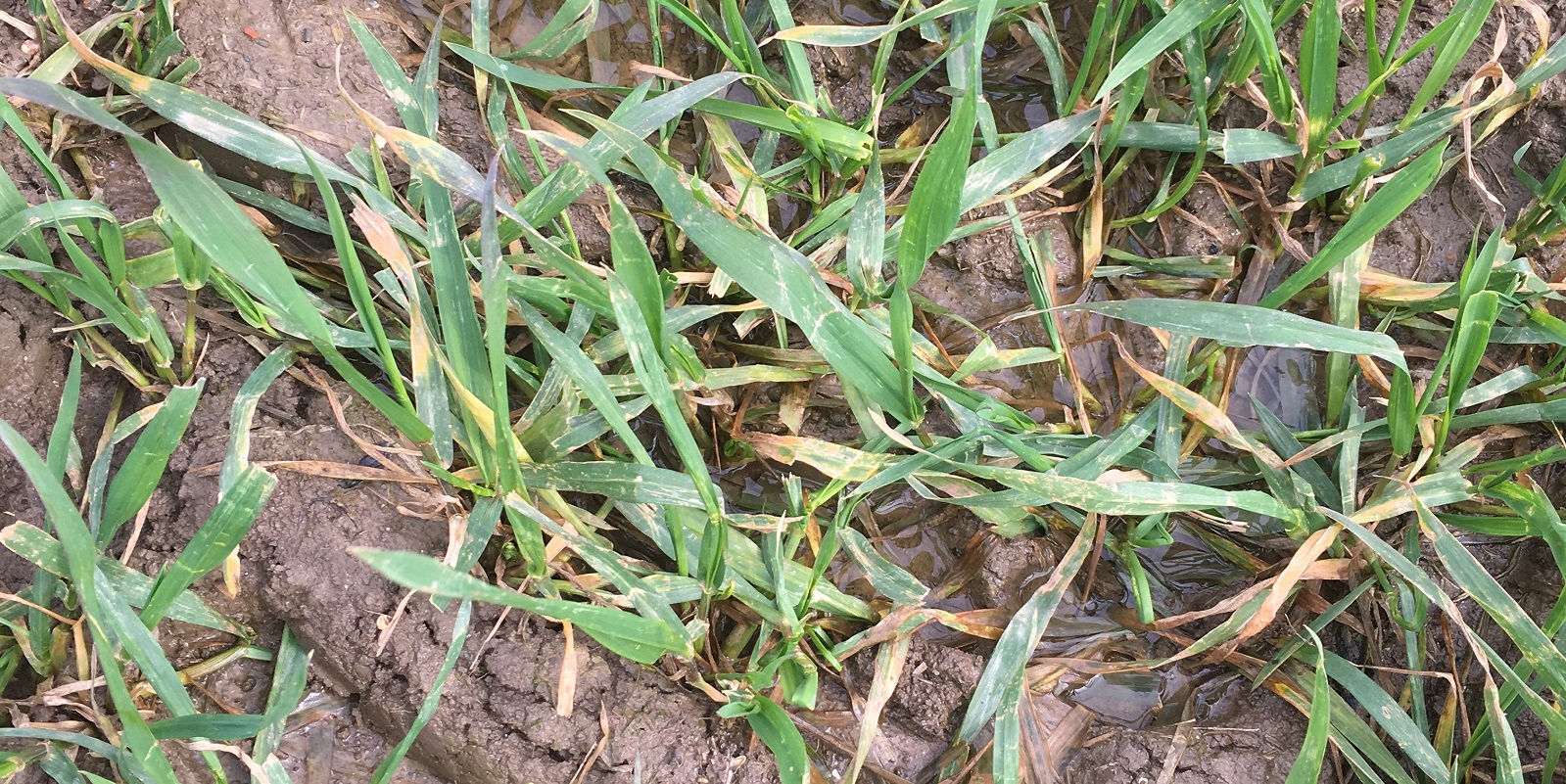 Since my last time of writing, the cold spells and wet weather has put everything on hold. There are some backward-looking crops around that have failed to get going again in the wet and cold soils.

Ground conditions haven’t made getting on to the land easy and although some growers will have got their nitrogen on to winter crops, there will still be a percentage that haven’t and will be a priority as soils dry out.

oilseed rape has suffered through March, with most still at early stem extension, but it’s a crop that can really motor once conditions improve and may be at green or yellow bud very quickly.

Where crops haven’t received a fungicide this side of Christmas and light leaf spot symptoms can be found, then an application of prothioconazole at 0.32L/ha will protect crops from the disease spreading, plus tidy up any powdery mildew present, until later flowering sprays. There is little need for plant growth regulation now.

There could be a threat from Pollen beetle as crops move through the green and yellow bud stages and the Pollen Beetle predictor tool on the Bayer website can help growers identify the start of the migration period in their area.

When the pest starts to move, it will require monitoring within crops and treating where treatment thresholds are reached. Thresholds – based on plant populations – are:

Once reached, avoid using pyrethroids, as it can fuel resistance already present in pollen beetle populations. An application of Biscaya (thiacloprid) at 0.3L/ha will give good control and is also less harmful to bees and beneficial insects in the crop. It’s also crucial to remember that once the crop has started flowering, pollen beetles become beneficial for pollination and no insecticide will be required.

With the to-do list growing, there is now a question mark over which field operation should take priority in winter wheat. Nitrogen will be top of the list and grass-weed herbicides should be next in line. Product choice will depend on target – if it is grass-weeds, Monolith (mesosulfuron + propoxycarbazone) will give the best results. In a mixed population of grass- and broad-leaved weeds, Pacifica (iodosulfuron + mesosulfuron) is the strongest option.

With work stacking up, there is the possibility T0 fungicides will be squeezed out in favour of applying the herbicide, as people realise you may compromise its activity when mixing with chlorothalonil or some azoles. If a fungicide is needed, apply it in a separate pass, otherwise, leave it out of the programme and go in with a more robust T1 spray.

Rust and mildew pressure is low at present after the cold winter weather, but septoria is still prevalent. If growers miss out the T0 or the T1 is delayed, an SDHI-azole product should be used at T1 and using a high azole rate is crucial to help reduce SDHI resistance selection pressure. Aviator (bixafen + prothioconazole) at 1L/ha delivers an 80% dose of prothioconazole, so is a good option for both resistance management and activity against septoria.

Where weather, variety and drilling date sees reduced disease risk and you are in a protectant situation, it may be possible to leave out the SDHI element at T1. However, as the cold and wet soils have increased the risk diseases such as eyespot, using prothioconazole remains important as it has the greatest activity on stem-based disease.