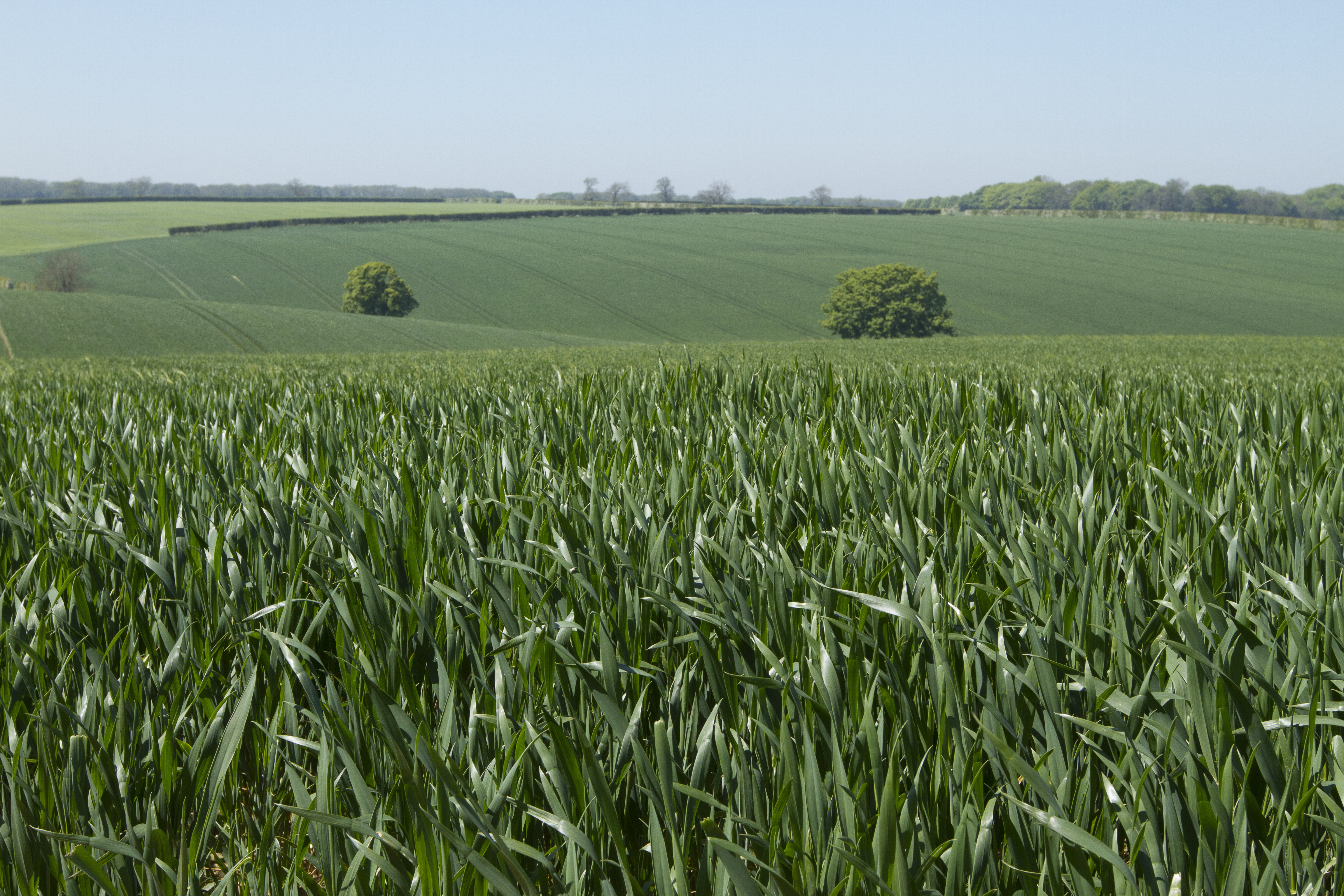 There is a lot of positivity around wheat crops, which are looking strong and full of promise. That said, and I’m not sure I really want to say it, but as we approached the end of April we could do with a spot of rain.

Septoria was evident on the lower leaves, and there were some instances of yellow rust on susceptible varieties as T1s went on in the last week of April.

Tiller retention has been good in winter barley so far, and while there is some mildew in some crops, there seems to be the potential for bumper crops, if we get some rain to keep them going.

Adam’s agronomy tips for May

1. Focus on all-round performance at T2 in wheat

Any remaining wheat T1s should be applied as soon as possible in May. Most have been applied in almost perfect protectant situations, and currently it doesn’t look likely that there will be too long a gap between T1 and T2.

Continue to monitor for disease during May. With the current dry weather forecast it looks unlikely that it will be a high-pressure situation for Septoria by the time T2s are applied – but that can all change quickly with some rain.

Our free CropCheck service can help you understand whether any latent disease infection in visually healthy leaves.

It’s important to protect the green leaf area of the top leaves, and especially the flag leaf, for maximum yields.

Use drilling date, variety, weather and observations to determine disease risk at T2. Given the value of the crop it’s likely that most growers will want to apply something decent and with good all-round performance to cover the potential risks, particularly from Septoria and yellow rust.

Ascra (bixafen + prothioconazole + fluopyram) fits that wish list well and the rate can be tailored from 1.0 to 1.5 L/ha to suit disease pressure and risk, to provide a good value, cost-effective option.

Disease risk in winter barley has mostly been restricted to mildew, so far, but Ramularia remains a risk particularly if crops are stressed, while brown rust is favoured by drier weather and a problem in some varieties, especially hybrids. Wet weather could also increase risk from Rhynchosporium and net blotch.

Awns emerging sprays will be due in early May if not already applied. What to apply depends a little on what you did at T1. Ascra can only be applied once in the crop, so if already used, I’d suggest using Siltra (bixafen + prothioconazole) at 0.4 L/ha, while otherwise Ascra at 0.7 L/ha is an option.

Ascra with the additional fluopyram is a little stronger against Ramularia but both have the Leafshield Xpro formulation which aids spreading and a quick drying time on the leaf which can be useful in potentially catchy May weather.

Rain in early April helped get most spring barley drilled around that time get away well, although later sowings have struggled a bit more in the dry weather for the rest of the month.

One key decision is whether to use one or two fungicide sprays in the crop. This season with the value of malting barley, plus likely needing to cover the crop for longer than the four weeks protection one spray will give, I’d suggest using two sprays.

If you do opt for one spray then the compromise timing is at flag leaf emerging, but it does risk disease already being in the crop at application, which will hinder control, and being potentially too early for most effective Ramularia control. Use a higher rate to add persistence.

Oilseed rape crops began flowering in April, and with the dry weather the risk from Sclerotinia so far has been low.

That might have persuaded some growers to not bother with a flowering spray. In our trials we have seen yield responses from 0.75 L/ha of Aviator (bixafen + prothioconazole) even in the absence of Sclerotinia either through the control of light leaf spot or physiological benefits of keeping the crop green, so at the current oilseed rape prices it might be worth considering applying one still.

If crops are still flowering three weeks after any treatment and still need protecting, then there’s also the option of applying a second spray of 0.5 L/ha of Aviator or half rate Proline to give extra protection.