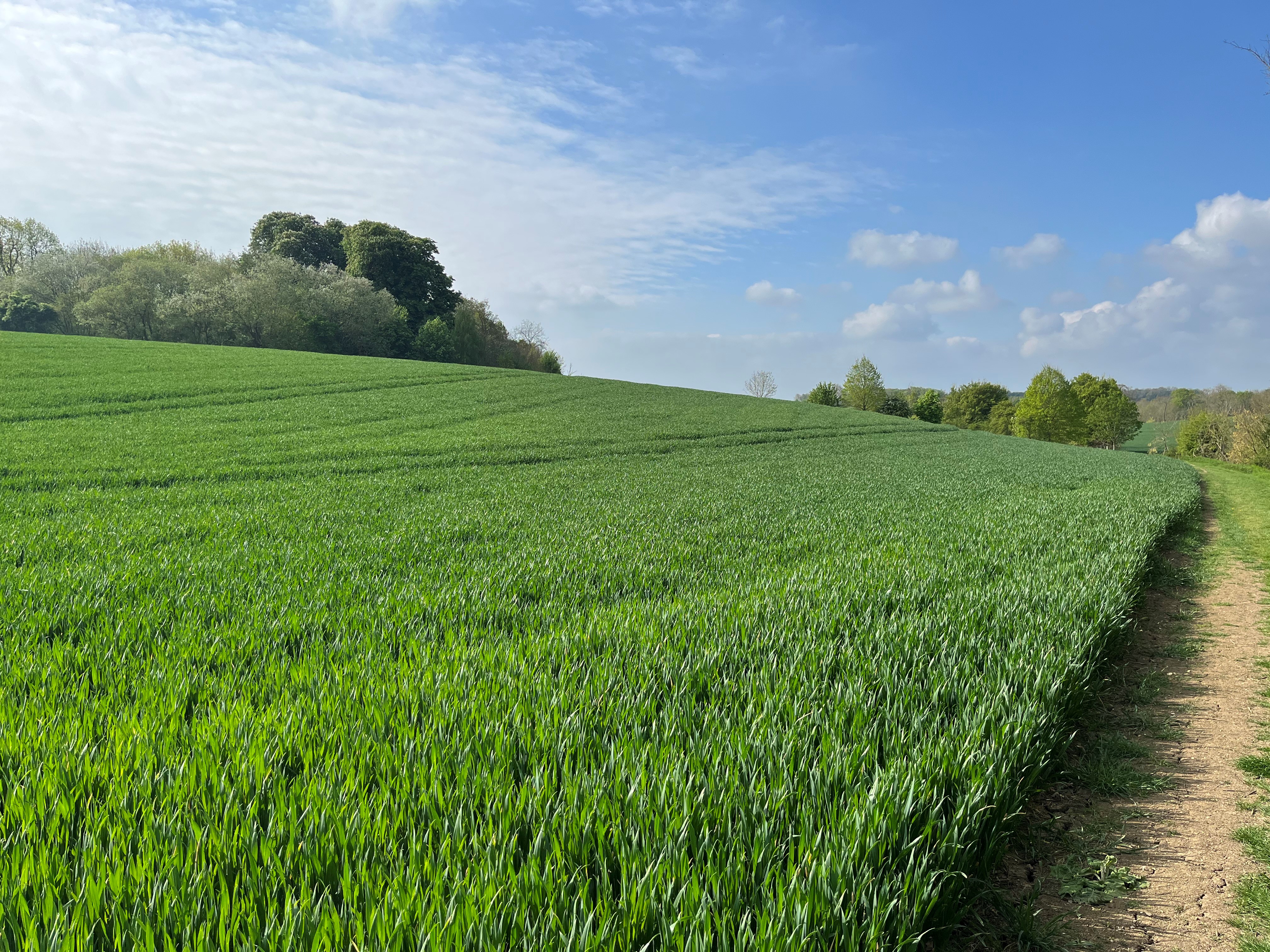 Crops are generally looking very promising despite the dry spell, but later spring drillings are getting desperate for a drink.

Disease pressure in winter wheat is low to non-existent on key leaves. Septoria, depending on variety and drilling date is no higher than leaf five even on Skyscraper, while on Extase leaves are dying off through lack of light rather than disease.

Most mid-flowering sprays in oilseed rape have been applied, with the biggest current risk being light leaf spot rather than Sclerotinia.

Most T1s will have been applied in the perfect protectant situation for fungicides to work effectively, and famous last words of course, I can’t see there being a very long gap between T1 and T2 like there was last year with the very cold conditions.

That’s mainly because crops are more forward than they were 12 months ago, with leaf two already nearly fully out in some Extase crops at the end of April, and poking out in Skyscraper from mid-October drillings.

As this is written things will have to change dramatically for it to become a high-pressure disease situation in advance of T2. With the crop worth what it is to most people, I expect most growers to do something at least semi-robust, and that comes down to three choices depending on pressure and what diseases you’re targeting.

At the premium end, Univoq (fenpicoxamid + prothioconazole) is probably the best against Septoria, with Ascra (bixafen + fluopyram + prothioconazole) and Revystar (mefentrifluconazole + fluxapyroxad) as the other choices.  In trials, on sensible varieties and with an appropriate programme already applied at T0 and T1, there is very little to pick between them.

Variety and drilling date will make up about 75% of the decision, with what is the risk at the time and what is present in the crop either visually or through a CropCheck test (see below) helping with the other 25% of the decision.

For some weaker varieties, like Skyscraper, using Univoq will make sense for its stronger Septoria activity, while if you see yellow rust that would push you towards Ascra as Revystar is not top of the tree for that disease.

However, except for Skyscraper and perhaps Skyfall, many of the most popular varieties being grown are strong enough in their own right to allow any of the three options to be used, with the final decision coming down to price.

The obvious time to use our free CropCheck service, which tests leaves for signs of latent disease – Septoria and yellow rust in wheat, Rhynchosporium and net blotch in barley – is just ahead of T2 in wheat.

I would use it by picking one of your weaker varieties, and test leaves from the two leaf layers above obvious infection. So if leaf five already has obvious Septoria infection, then sample leaf four and leaf three. There is no point sampling the top two leaves if lower leaves are still clean – I’d eat my hat if you find anything on those top leaves.

If leaf three comes back clean, then almost certainly leaves one and two will also be clean. If I had a clean leaf three just before T2 I would feel in pretty good heart that I’m in a protectant situation on the three key leaves and that would allow me to continue the strategy that I was hoping for anyway. Most growers put in a budget for the T2 based on it being clean and not having to worry about curative control.

What the result shouldn’t be used for is if it comes back clean is to slash rates of flag leaf sprays – when the dose was already based on it being a preventative spray.

If it comes back with an amber or even a red result on leaf three just prior to T2, that would probably mean leaf two would have some infection and you need to up the dose or change product to something stronger.

The awns on the most forward winter barley varieties were just poking out at the beginning of the last week of April so T2 sprays are imminent.

Think about what diseases you need to cover – personally I think Ramularia is overplayed, but the key is to avoid stress in the crop as much as possible. As a disease with a considerable seed-borne element, it’s likely in the crop already and the dry weather might increase risk of stressed crops this season.

While you can’t do anything about weather, you can avoid applying growth regulator in hot weather and make sure you have a sensible nutrition strategy to avoid exacerbating any stress conditions.

Siltra (bixafen + prothioconazole) will cover all the main diseases, but if you are really worried about Ramularia and haven’t used Ascra at T1 then that’s the obvious choice for T2, alternatively a sensible dose of Revystar (0.75 L/ha or higher) also has activity.

Unless it is late drilled spring barley in April, when the crop will really fly through growth stages, two disease control sprays are probably worth considering, especially with what malting barley is worth currently.

The first spray will be imminent in May when the crop reaches the end of tillering with the follow up typically two to three weeks later at awns emerging. The second spray in spring barley, unlike winter barley, is typically a bit more important, but lower rates are possible compared with those used in the winter crop.

If flowering is prolonged past three weeks following your initial flowering spray, a second one might be worth considering, again given the price and how oil is being restricted across the world.