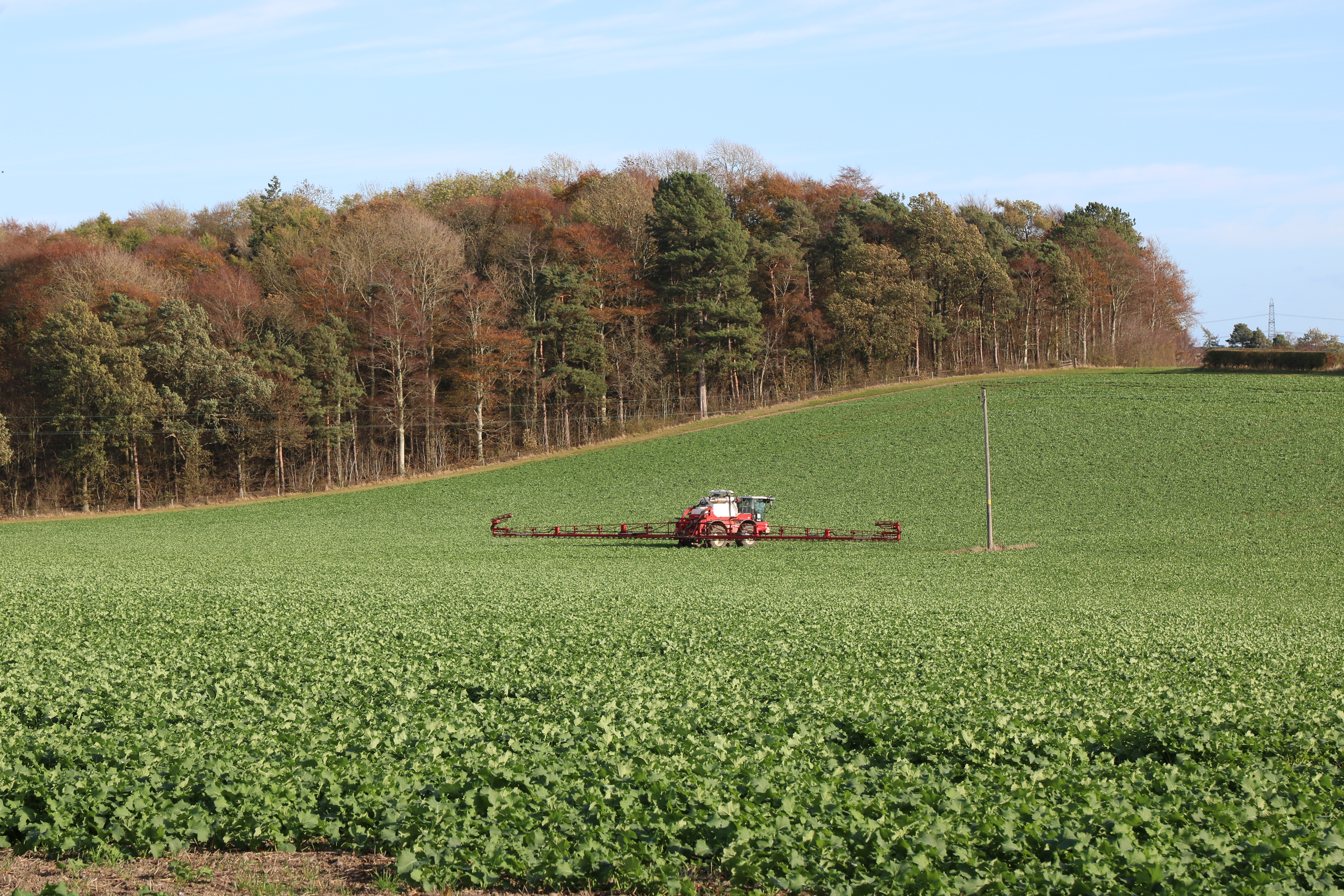 Oilseed rape has established reasonably well overall, with a decent amount was drilled early in August. The rain in mid-September has helped later drilled crops, although there is more cabbage stem flea beetle damage in Scotland than in previous seasons, especially in Fife and Aberdeenshire. There have been some reports of crops being written off, which is a first for the region.

I did notice more flea beetle larvae around last season than perhaps we had originally thought, and there has also been more damage on forage crops such as turnips, which will be providing a host for the pest.

But overall growers seem quite happy with establishment and prices are very good currently.

Quite a lot of wheat and winter barley was drilled in September, taking advantage of a decent harvest which allowed field to be cleared reasonably early, and lower black-grass pressure to get crops in early.

While high pressure difficult grassweeds are still thankfully rarer in Scotland than further south, the move to lower tillage systems is increasing the threat. It’s important to know your enemy and respond accordingly – attention to detail does matter.

Where crops are being drilled in October, and there is a higher grassweed pressure – especially black-grass or ryegrass, then Liberator (flufenacet + diflufenican) + Proclus (aclonifen) is a good starting point for weed control in winter wheat. It must be used pre-emergence, but is a good mix of active ingredients and has performed well in trials.

Where the weed burden is more annual meadow grass and broadleaf weeds then metribuzin-containing options, such as Alternator Met or Octavian Met (flufenacet + diflufenican + metribuzin) are good alternative options. These can be used at 0.5 L/ha from 1 October either pre- or early post-emergence in both wheat and winter barley.

A reduced rate of Liberator (0.3-0.45 L/ha) remains a strong option in this situation too.

2. Use SpotCheck to monitor for early infections of light leaf spot and Phoma

Light leaf spot is usually the main threat in Scotland, but last season I submitted a few samples to our SpotCheck service where Phoma was present, so that is worth keeping an eye out for as well.

SpotCheck will be running again from 1 October. To register to send a sample to ADAS for quick and easy identification of oilseed rape diseases, go to cropscience.bayer.co.uk/bayer-spotcheck  to sign up for a sample pack.

There are growers questioning the value of an autumn spray against light leaf spot in oilseed rape, but it is important to keep disease pressure low before we enter spring and at the current prices it doesn’t take very much to justify use.

While autumn sprays are more likely to be required from November onwards, SpotCheck can help provide an early warning of risk.

If you do need to spray, then 0.5 L/ha of Aviator (prothioconazole + bixafen) is an attractive option, with the SDHI + azole mix giving broad spectrum disease control against both Phoma and light leaf spot.