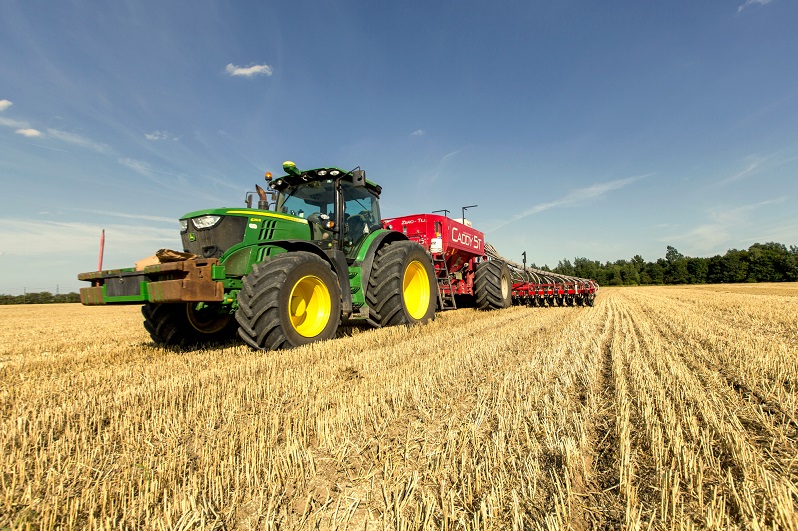 Crops sat under snow for a couple of weeks in February, but generally they are looking good. Some of the earlier drilled wheats were looking quite thick, and on some of the dirtier varieties were carrying quite high levels of Septoria. The frosts in February should have helped dampen down yellow rust.

1. Tidy up weeds in wheat

Plenty of crops were drilled in the last week of September, but then didn’t get a pre-emergence herbicide as 100mm of rain fell in the first week of October. Where residual herbicides were applied they tended to be applied post-emergence where control is not as consistent.

That means there is likely to be crops that will need weeds tidying up this spring with a mesosulfuron-based product. With less black-grass in our area

Feedback from those that used Pacifica Plus (mesosulfuron + iodosulfuron + amidosulfuron) last season was very positive. It’s good for controlling a range of broadleaved weeds and grassweeds, including bromes and black-grass.

Rye brome is becoming more of an issue in Scotland. If you’re in a mixed weed situation then Pacifica Plus is a good choice, but if you’re specifically targeting rye brome then Monolith (mesosulfuron + propoxycarbazone) is also an option.

If you’re growing spring barley and have grassweeds, Liberator (flufenacet + diflufenican) at 0.3 L/ha is an option pre-emergence.

2. Consider whether to treat early disease in wheat

Yellow rust will be the main driver for T0s in wheat crops, especially without chlorothalonil to control Septoria this season.

Most growers will use either strobilurin fungicides or tebuconazole for yellow rust at T0 – whether that will be in late March or into April will depend on how crops and disease develops. Coastal areas are likely to be most at risk.

3. Watch out for high levels of light leaf spot in oilseed rape

So applying an oilseed rape fungicide, such as Proline (prothioconazole), as soon as you can travel will be a priority for many growers.