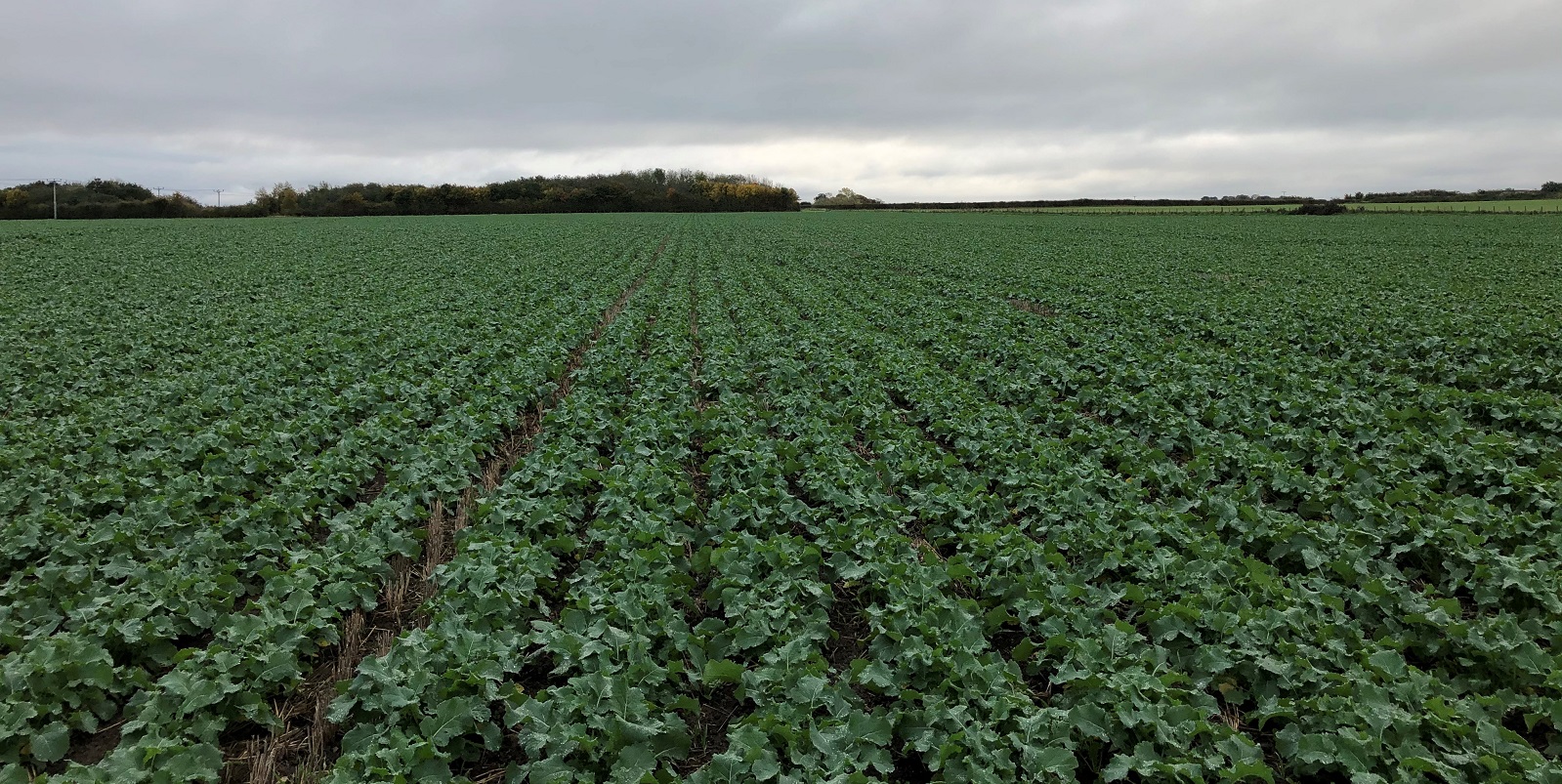 We catch up with James Kennedy, who farms 600ha in East Lothian, Scotland with his father, mother and younger brother, to learn how they have managed drilling in the short window afforded to farmers in the north.

Seggarsdean farm is split over two sites, with the family’s suckler beef herd on one, and a mainly arable operation on the other. Cropping includes 400 ha of winter cereals, 100 ha spring cereals, and a further 100 ha of grass for the cattle. Long term grass leys are used to help improve fertility and reduce weed problems.

Last season’s wet winter means James didn’t get all of his winter wheat in, so spring wheat, drilled in early 2020, filled the gap.

Combining began in the last week of July, and was finished by the 10th September, which was pretty average in terms of timings, according to James.

Moisture held up in the early-part of harvest too, with barley around 16% and oilseed rape as low as 7-10% in the early dry weather. However, as harvest progressed and James moved on to the wheat, the weather became more unsettled. A lot of the wheat was coming in at between 17-20%.

“Overall, harvest went rather well,” says James. “We don't like combining above 20% moisture, if we can help but, you know, it was what it was.”

Because James had got the winter barley off by the end of July, he was able to drill his oilseed rape by the middle of August this year. He also put his spring barley land into a cover crop, which was in by mid-late August.

“It’s important that we get the cover crops and oilseed rape drilled in August, as it doesn’t establish well in September given our northerly location,” says James.

With all the crops off in record time, winter cereal drilling started on 15th September with winter barley, and then straight onto the winter wheat. By 28th September James was all drilled up.

James does pretty much all the drilling and the spraying so time is tight, and the weather turned a few days after he had finished drilling. During the first week of October they received 2-3 inches of rain in a day, and ground conditions meant that James wasn’t able to get machinery onto fields to spray.

“There is weed pressure, particularly on the min-til cereals after oilseed rape, but the crop established well and is looking good. It should be reasonably competitive against the weeds, so we’re not too concerned about it now,” explains James.

“Last year, we didn’t manage to get any pre- or post-emergence sprays onto the wheat and we dealt with the issues in the spring. Looking at the ground conditions now, I think we’ll be doing the same.”

Three years ago James came home from college and took over from the farm manager. Identifying issues across the farm, he set about trying new approaches to weed control.

“Sterile brome and wild oats are our main grassweed issues, so spring crops are now included in the rotation. We are also putting some areas down to grass leys for the suckler herd to graze, since the cattle eat the grass right up to the field boundaries, helping to reduce the spread of brome from what would be the headlands,” James explains.

On the farm where the main cattle herd are situated, the grass-weed pressure is lower, and other than a known wild oat issue, it is mainly broad-leaved weeds that James has to contend with.

“Because we don’t have a black-grass issue up here we are able to drill early, but being that much further north we have a much tighter window. Compared to growers further south, we’re finishing combining a month or so later, with less opportunity to achieve stale seedbeds.

“We’ve tried min-tilling winter barley after spring barley, but we can’t get a big enough window to create stale seedbeds to get rid of volunteers, which is why we’re ploughing about half the land, and min-tilling the rest.

“Oilseed rape goes in first by min-til, then first wheats following oilseed rape, then we plough before second wheat and winter barley. For the spring barley, depending on the field and whether we can get a cover crop in before or not, we split the land 50:50 min-till and plough,” says James.

In terms of winter tasks still remaining, James has some stubble that didn’t get into a cover crop which needs a tidy up with some Roundup, and a Kerb application to go onto oilseed rape, possibly with a fungicide to control light leaf spot.

Bayer’s Commercial Technical Manager Craig Simpson has been over to take some leaf samples to send off to SpotCheck, to assess light leaf spot incidence, so James will use the results to help him decide whether to spray or not.

Some of the winter barley could benefit from some manganese, even just on the headlands, but ground conditions will determine whether that’s done or not.

Looking to the spring, James’ first priority will be getting a herbicide onto the winter wheat.

“Last year we got no pre-em or early post-em on the winter barley and had quite a bad problem with annual meadow-grass. We got the pre-em on this year so we haven’t got that problem,” explains James.

“However, one of the fields in winter barley has a known wild oats problem, so we might have spring-germinating wild oats to deal with, but otherwise the winter barley is pretty clean and I can’t foresee needing to apply significant herbicide.”

“Last year we had good early-drilled crops, but later ones that went into wet, cloddy ground only just washed their face profit-wise. We’ve learned from that, and if it looks like crops are going to need to be mauled in, there isn’t any point. We’re better off waiting until the spring,” he says.

“This year’s crops are looking good, and I’m hopeful that they will fulfil their potential.”

Top tips for the season from Bayer

Bayer’s Commercial Technical Managers Craig Simpson say that James’ experience will be pretty common for farmers in northern England and Scotland. The tight weather window means that there isn’t much room to delay drilling for weed control, and as a result, spring crops play a much bigger part of the rotation.

“However, thanks to a dry September, growers will have got more cereal crops drilled this autumn than they did in 2019, and that will be a relief to many,” says Craig.

“Where growers haven’t been able to get pre-emergence herbicides onto winter wheat, spring herbicides such as Pacifica Plus can provide a good option for controlling weeds as part of an integrated weed control programme.”

When it comes to oilseed rape, growers should be alert for Phoma and early signs of light leaf spot in crops, advises Craig.

“Light leaf spot has generally been considered a more northerly disease, but we’re increasingly seeing infection across Great Britain, so growers in the south also need to remain vigilant,” he explains.

Proclus is a pre-emergence herbicide for the control of black-grass and a range of annual broad-leaved weeds in winter wheat.

Andrew Harker has a simple objective: to farm profitably without reliance on direct payments. Fulfilling this ambition, however, is proving to be far from easy.

Italian ryegrass problems are growing across the country, according to the latest in a 20-year series of national grassweed management studies. Noticeable increases in resistance have also been seen in the past four years, in particular.