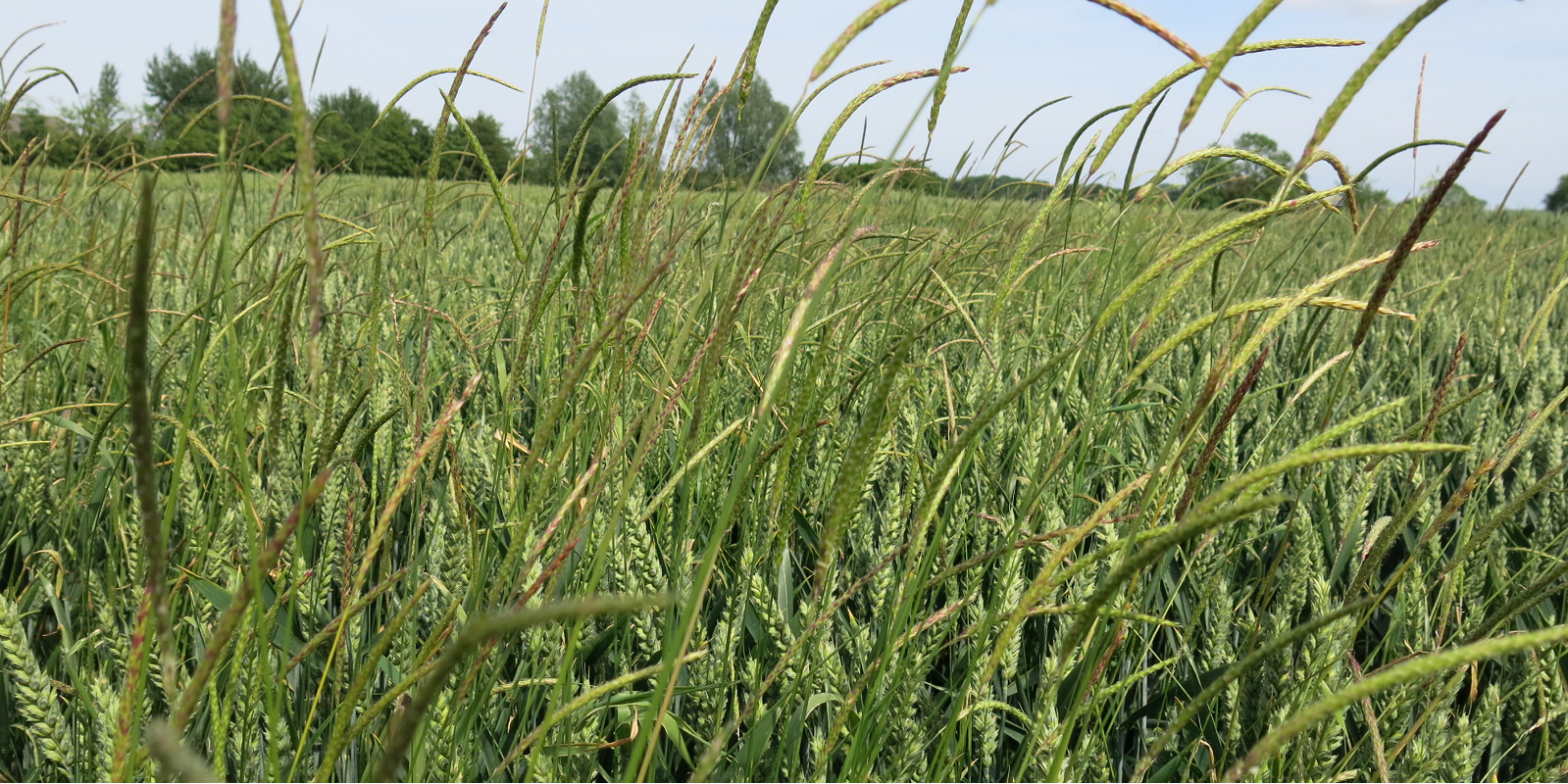 Andrew Harker has a simple objective: to farm profitably without reliance on direct payments.  It’s an aspiration that is likely to be shared with many others and one that has taken on added impetus since the UK government announced that any policy that succeeds the Basic Payment Scheme after 2024 will only reward farmers for activities not covered by the market.  Fulfilling this ambition, however, is proving to be far from easy. 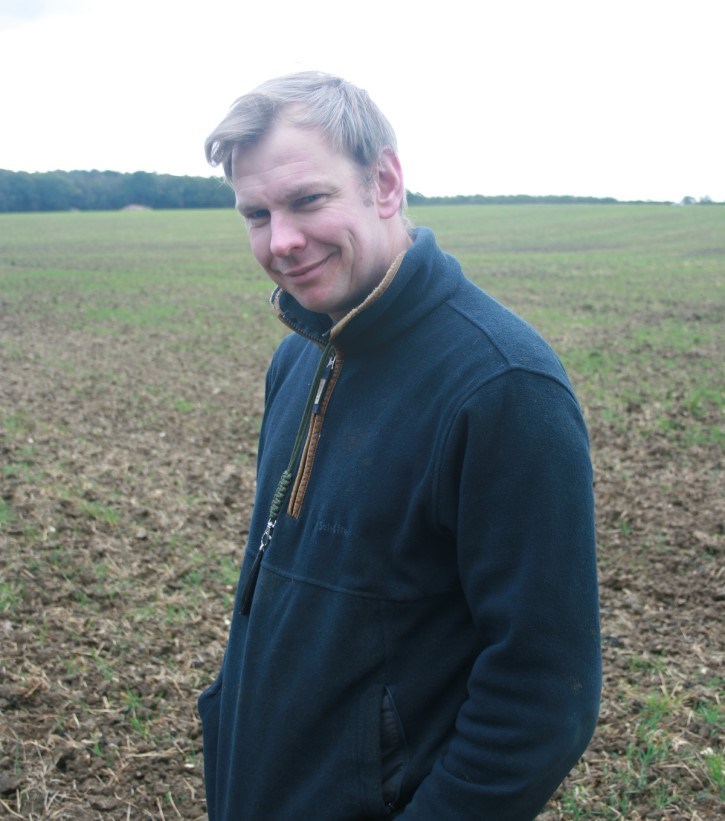 The difficulties in reforming the farming business of H.R. Bourn & Sons can be loosely described as ‘legacy issues’.  A focus on maximising the area of cash crops, namely winter wheat and winter oilseed rape, coupled with a greater area of sugar beet than the land could sustain, left little room for a range of species that others might consider necessary for a balanced rotation.  The implications of this short-term focus on profitability were depleted soils with poor structure, a sizeable black-grass infestation, and problems with clubroot and Verticillium stem stripe.

With this came a gradual decline in output.  Soils were becoming less functional as pH levels dropped and nutrient indices declined. Compaction was spreading and maintenance to drains and ditches deferred. The cost of repairing damaged tracks and gateways from late-lifted sugar beet on heavy land was becoming a drain on cash.  Fixed costs were spiralling too as the farm invested in more machinery to complete field operations in an increasingly tighter window of time.

Even before the referendum on the UK’s membership of the European Union in 2016 there was a growing recognition that things had to change.  The result of the referendum merely brought forward the deadline.

“If the farm is to avoid becoming a glorified nature reserve under the Environmental Land Management Scheme (ELMS), we needed to get it in good order.  Everything from labour and machinery requirements to soil health, field drainage and problem weeds came under the microscope,” says Mr Harker.

With the support of his employer measures were devised to begin correcting some of the more immediate problems.  The oilseed rape area was cut dramatically, and sugar beet restricted to the lighter land with the rotation extended from one-in-four, to one-in-six. Soil improvement initiatives intent on amassing soil carbon were implemented, and technology adopted to support variable rate practices and gross margin analysis.  The costs incurred and the loss of income that some of these measures involved was considerable, but a necessary step.

“Within the course of a few seasons we began to see a response.  Oilseed rape yields flat-lined and were gradually improving largely because of efforts to improve soils.  Then came the ban on neonicotinoids and the spread of cabbage stem flea beetle.  It’s a shame that just as we were turning the corner, the risk of crop failure has become too great for us to bear,” says Mr Harker.

Some of the problems confronting the business are more easily tackled than others.  Machinery policies and labour profiles for example, are often easier to change than decisions about what crops to grow, but one issue above all else will determine the success in restructuring the business for the long-term: black-grass. All the work to bring costs in line with output values will count for little if the weed burden remains a drag on profitability.

“If I had to single out any one issue as having the greatest impact on the performance of the farm, it would be black-grass.  The problem was made clear to me in the job interview, but what I failed to appreciate was its scale.  It’s a 4,800-hectare farm, so in a physical sense the problem is big, but perhaps more importantly, there is a significant financial impact.  Every decision we make on a day-to-day basis is driven by black-grass,” explains Mr Harker.

“To date black-grass has cost us significantly in lost output through changes in cropping choices, while the cash cost of trying to tackle it is huge on such a large scale,” he adds.

Efforts to tackle it have involved adopting the same tactics as used by others.  Autumn drilling was delayed until October, the area of spring crops was expanded considerably with some of the worst affected land left in continuous spring crops, other measures included adopting a system of controlled traffic to minimise compaction and support direct drilling and reduced tillage techniques. These steps alone, however, were not enough to address the full scale of the problem; it was time for new thinking and new tactics.

In 2020 he was approached by Matthew Garnett, the Bayer commercial technical manager for the region, about joining an initiative intent on translating black-grass learnings from trials to the field.

“It was partly the holistic nature of what was being offered and that it was also highly targeted. We had already adopted many of the basic measures being proposed while our investment in a common GPS platform across all machines meant we had the technology to record and assess the value of the more targeted measures,” says Mr Harker.

The adoption of a controlled traffic system served as the first step towards greater scrutiny of establishment methods.  Direct drilling and reduced tillage practices have since displaced deep cultivations.  Yield maps are overlaid with input cost data to create gross margin maps. These are used to identify underperforming areas requiring attention.

“We have invested considerable time and effort into collating this data and so far, only Gatekeeper allows you to pull it all together for analysis on a single platform. The advantage is that it allows the user to create variable rate seed and lime maps on a field-by-field basis while overlaying yield and soil texture maps to perform gross margin analysis.  We have also used them to show the staff how easy compaction is created and where remedial work will be required.”

The intention is to develop a dataset that supports changes in activity.  “One potential is that we use these data to help us meet our stewardship obligations by identifying the least productive parcels of land, rather than the conventional approach of taking whole fields or just field margins out of production.  It also has the potential to reduce fixed costs by better enabling us to match the machinery and labour requirement to the workload. This would also help to create a more resilient business.”

This information and other changes have supported a review of fixed costs. The farm already supports a smaller workforce than five years ago while changes in establishment practices have cut costs by 40%.  As a result, establishment costs are now broadly in line with the average reported by Controlled Traffic Farming Europe.

“Diesel consumption for wheat establishment has fallen from 136 litres/ha to 46 litres/ha and the average time in field has fallen dramatically too while the move to CTF means less than 20% of the surface is now trafficked,” he says.

“The 2020 harvest has underlined the need to be hard on fixed costs. We want to be making a respectable profit in the good years while avoiding a loss in difficult years,” says Mr Harker.

The farm is now five years into its battle with black-grass and progress is such that there were plans to expand the area of winter crops in the autumn of 2019, but one of the wettest autumns on record forced a change.

“Last autumn we received 170% of our typical rainfall.  As a result, the area of spring crops was up 700% on what we intended to 3,035 hectares.  Hopefully, this autumn will be kinder, but it re-enforced the need to build a resilient business should this season be repeated post-CAP,” he says.

With the business marking good progress in the battle with black-grass, the next task is to restore profitability to previous levels. The question is how?

“There is no suggestion of returning to the practices of the past, but there is a desire to see the financial returns of the past. Can we safely expand the area of winter wheat in the rotation or return to September drilling or is our output the new optimum? If we are, then as an industry with have some big challenges to overcome if we are to protect our future. These questions have been asked for a long time, but finding answers is the challenge.”

The development of the ELM Scheme has stimulated the debate around public money for public goods with many organisations lobbying hard to shape policy and influence who receives support and how much. As a big farm, H.R. Bourn & Son is acutely aware of some of the resentment directed at those in receipt of large sums of public money.

“Society is increasingly ill-informed about agriculture with several well-known detractors seeking to influence the debate by promoting miss-information.  If as an industry we are to defend ourselves against accusations of environmental harm, we need to equip ourselves with the evidence to rebut such claims. Farming is a progressive industry that delivers for society on many levels, but we cannot rely on others to do our public relations for us.”

“We should be judged by the value of our actions, not by the size of our holding,” says Mr Harker. “ELMS is not a welfare programme and payments should not be means-tested or capped using an arbitrary scale.”

In the meantime, the farm is progressing towards its objective of financial independence, but work continues.

“I’m fortunate in that while this is a big farm; it is family-owned and there is a desire to develop more complementary activities that help bring it all together. Utilising manures from the farm’s suckler herd, entering a joint venture with a local shepherd to graze cover crops and utilise grassland better or looking at projects to utilise old buildings on the farm.  We’re not there yet, but we are making progress and I think this will be increasingly important as ELMS takes shape,” says Mr Harker.