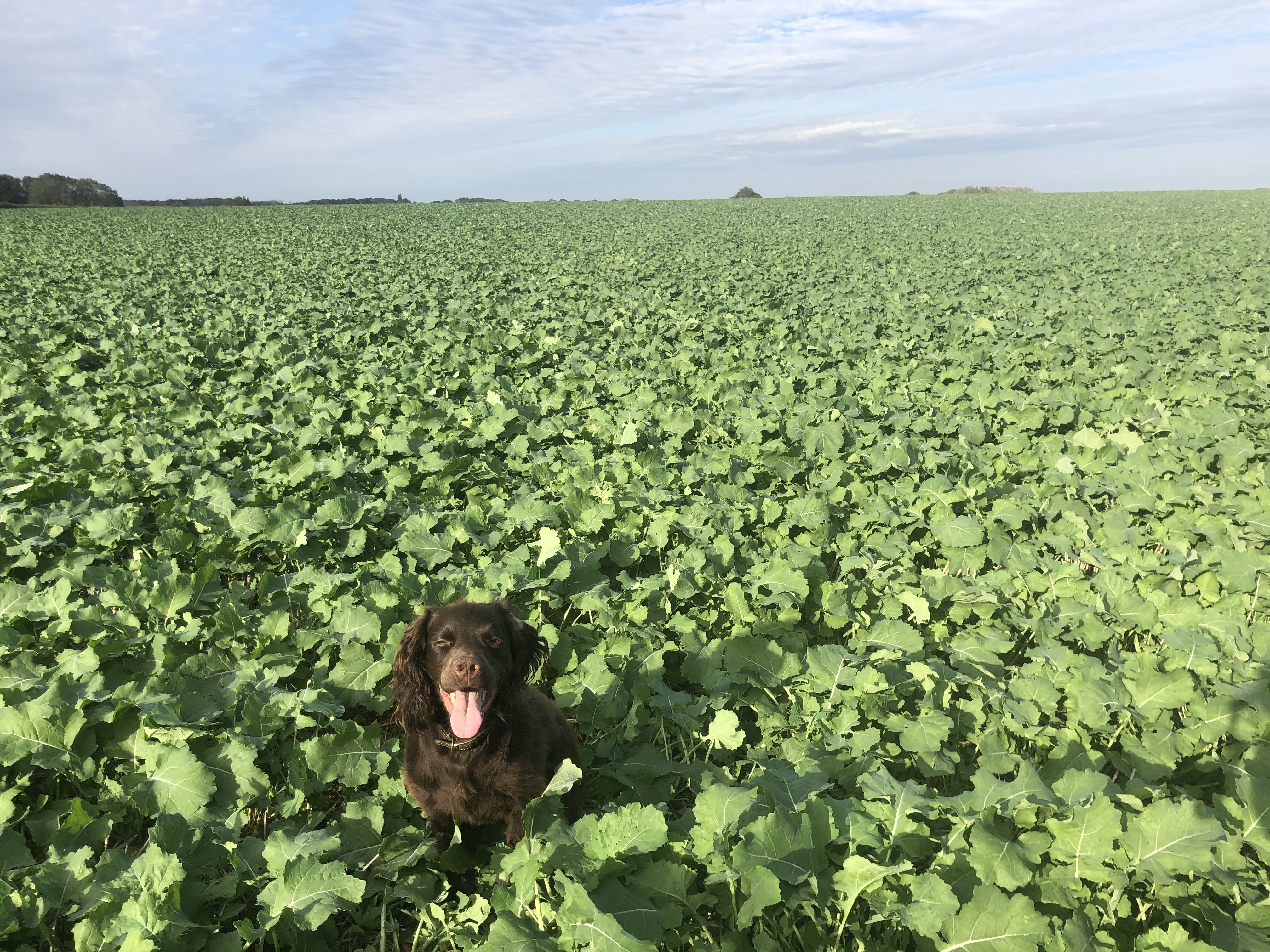 I’m sure most cereal growers will be pleased to shut the door on the 2020 harvest season, and focus on 2021. For those who have wanted to establish oilseed rape, there is a much more positive feeling about the crop this year.

Crops drilled in the first part of August, or even earlier, had plants with up to 8 true leaves towards the end of September, and missed that peak period of cabbage stem flea beetle migration. Fortunately, the pressure this season has also been lower than previous seasons, but the key has been the moisture has been there in the seedbeds. Crops drilled later, particularly in the south Suffolk, north Essex area, have been lacking that moisture and struggled more with some having to be ripped up.

Overall the area might be back 30%, but a lot more has survived than this time last year and most looks pretty well.

A number of growers started drilling cereals in September, with rye the number one priority for those growing it. Hopefully where it has gone in, it is on the lower grassweed population land. Where grassweeds are an issue ideally you should be waiting until October to drill, although after last year’s weather it is understandable that growers wanted to make a start. I doubt many will be wanting to drill in November this season.

Sugar beet factories are open, but predictions are for a lower yield this year. Most of that will be down to the lack of moisture in seedbeds, but you can’t go past many fields without seeing the virus yellows issues.

Dry weather in September will have reduced risk from Phoma but the forecast for October is pretty wet, so it is going to be worth monitoring.

For Phoma smaller plants are more at risk as there are shorter distances for the disease to travel before it gets into the petioles, where stem cankers form. So the later drilled crops will be more likely to succumb to Phoma than the early drilled ones.

In addition, check the resistance score of your variety. The threshold for considering treatment is 10-20% of plants infected; use the lower end of the threshold if plants have a varietal resistance score of 7 or below. Getting on in a protectant scenario and not letting it take hold any further than that would be advised and focusing on those smaller crops and plants.

On the flip side earlier drilling will increase the risk of light leaf spot because those crops will be exposed to spores for a longer period of time, especially if the weather is conducive.

Bayer’s free SpotCheck service is available again this season, and will be useful to detect any early onset of light leaf spot. I’d recommend taking some samples, particularly of susceptible varieties drilled early.

Hopefully tools like this, plus the Phoma and light leaf spot forecasts, will help you figure out your fungicide programme.

If Phoma threshold is met early our advice would be to treat with Proline (prothioconazole), but if you have a more resistant variety for Phoma it might help you time that Proline for light leaf spot crossing over with Phoma.

While the pressure will be on to drill cereals in good time after last season, remember delaying drilling is one of the most effective cultural control for black-grass control – even delaying by a week can deliver 10-15% reduction in black-grass emergence. Every week counts and middle of October or later would be where you ideally aiming for your difficult black-grass fields.

If you are delaying, remember to adjust seed rates up to keep those crops competitive, as they will have less time to compensate by producing more tillers than early drilled crops.

For crops being drilled in October, then applying Roundup (glyphosate) as close to drilling as possible will maximise pre-drilling weed control. Best practice is to try and spray when grassweeds are 2-3 true leaf stage (GS 12-13), but if it is starting to tiller then you should increase glyphosate rates to around 720g/ha. The recent rain will help remove stress from the weeds and help uptake.

Shorter days and cooler temperatures will help residual chemistry to work more effectively as it won’t be broken down as quickly, giving longer lasting protection. While the soil moisture activates the herbicide and means better uptake from the weed roots and shoots.

The sooner the pre-emergence treatment is applied after drilling – preferably within 48 hours – will avoid giving the black-grass roots time to develop and out of the herbicide active zone.

Flufenacet remains the cornerstone of the programme. Full rate Liberator (flufenacet + diflufenican) gives a good base and adding in other active ingredients and different modes of action will help maximise control.

Bayer’s research has focused on finding new partners, and this year there will be two new actives to consider – aclonifen (Proclus) and metribuzin, which is co-formulated with flufenacet and diflufenican in Alternator MET and Octavian MET. Both deliver an uplift in black-grass control and increase the spectrum of broadleaved weeds compared with Liberator alone.

3. BYDV is another reason to consider delaying drilling

With the loss of Deter (clothianidin) and the resistance yet to be in any more than a handful of varieties, barley yellow dwarf virus is another reason to think about delaying drilling. Later drilled crops will emerge into cooler temperatures when aphid flights are lower and the pressure reduced.

Control can be difficult with pyrethroids with resistance in at least one of the main BYDV transmitting aphids – the grain aphid – so it is important to follow resistance management guidance and target chemical control accordingly.

The aphid forecast tools from Rothamsted and AHDB are useful to help judge risk in-season.

How to reduce disease in cereals before using fungicides