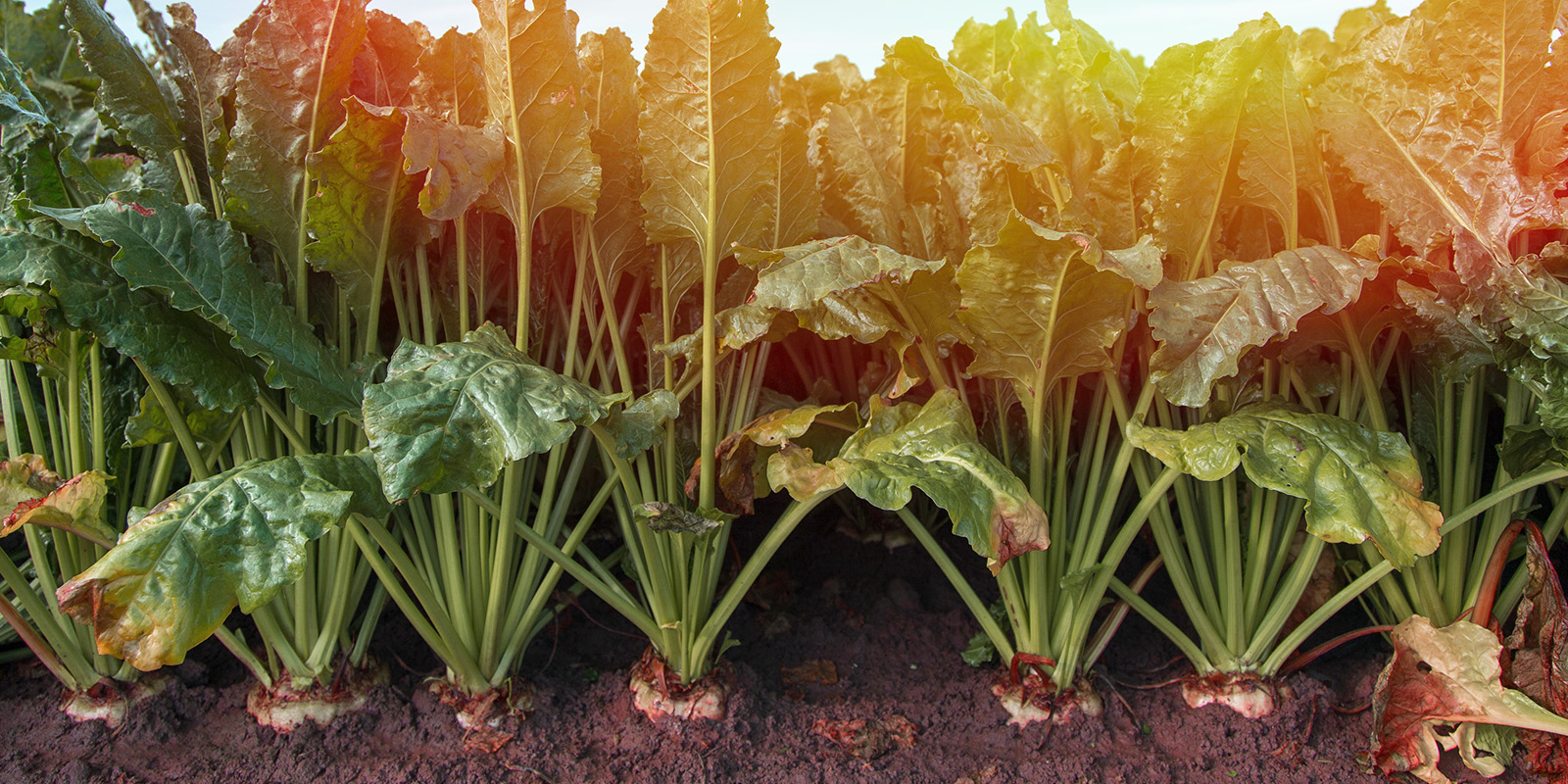 For more than two decades, sugar beet growers had to give little thought to the pests and viruses that for so long had served to threaten up to 50% of crop yield. The introduction of the first neonicotinoid seed treatments in 1994 seemed like the start of a new era in crop protection; targeted use of a highly-effective pesticide with limited impact on the environment or beneficial insects.

“With hindsight, reliance on the use of one class of insecticides, rather than a greater integrated approach, has led to a renewed threat from Virus Yellows,” says Professor Mark Stevens, lead scientist for the British Beet Research Organisation (BBRO).

“What is, perhaps more unfortunate however, is that with the introduction of neonicotinoids plant breeders abandoned development of varieties with resistance to Virus Yellows. It meant that we lost the progress that was being made in breeding at the time and that we so desperately seek today,” he adds.

The need for virus-resistant and tolerant varieties is now the breeding challenge of our time. Such is the urgent need for progress that the BBRO, SESVanderHave and MariboHilleshög are concluding a five-year, £1.13 million collaboration project, part-funded by government agency Innovate UK to expedite the development virus-resistant varieties.

The UK’s maritime climate means we are more at-risk than any other European country, so it is critical to act to protect the industry. 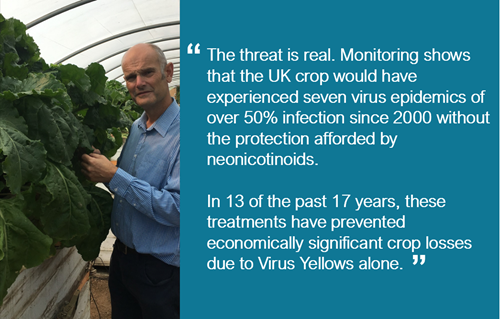 Efforts by breeders to identify major sources of resistance have, so far, proved unsuccessful, though several minor genes have now been mapped and are being introgressed into elite varieties.

For these minor genes to be effective, however, they need to be stacked to provide durable resistance without yield drag in the absence of disease.

Such varieties have yet to be developed, though KWS claims to have a variety with resistance to beet yellows virus (BYV) in official trials.

Genetic solutions are central to coping with Virus Yellows, but will need to be integrated with other tactics in a greater holistic approach, says Ian Munnery, Managing Director of SESVanderHave UK:

The pre-breeding project is expected to conclude in 2020 with the contributing partners integrating their findings into their programmes.

“The Innovate UK project has enabled rapid progress, but also impressed on government that both varietal resistance and crop protection products need to be supported during a transitionary phase to maintain the viability of sugar beet production,” says Mr Munnery.

“This was clearly demonstrated in 2018 when, despite the restrictions imposed in Brussels, many European countries granted a derogation to continue using neonicotinoid seed treatments.

“The project has also demonstrated the potential for science to deliver genetic solutions, we can only hope that this recognition will support the adoption of a science-based approach to future breeding methods and regulation.”

“It’s important that we continue to research for new insecticides to tackle Virus Yellows – an integrated approach in future will be needed.”

Why is Virus Yellows so difficult to control?

Both BMYV and BChV are persistently transmitted viruses, meaning once the vector has acquired them, it remains infective for life though it cannot pass the virus onto its progeny.

BYV is a semi-persistent virus, meaning the aphid remains infective for only a short time, typically up to three days, before needing to reacquire the virus.

While all the viruses involved represent a threat to crop performance, the degree differs depending on the extent and type of infection. Trials have shown that yield losses per infected plant of up to 30% with BYMV and 47% with BYV can occur.

Peach-potato aphids (Myzus persicae) are regarded as the principal aphid vector. The potato aphid (Macrosiphum euphorbiae) and the black bean aphid (Aphis fabae) can also transmit some or all the viruses to sugar beet though are less efficient at doing so and are therefore considered to be a lesser threat.

Sugar beet is most vulnerable to Virus Yellows infection during the seedling stage through to the point when adult plant resistance begins to develop. This is typically about 12-13 weeks after germination when the plant reaches the 12-leaf stage.

5 ways Chilean sugar beet growing is different to the UK