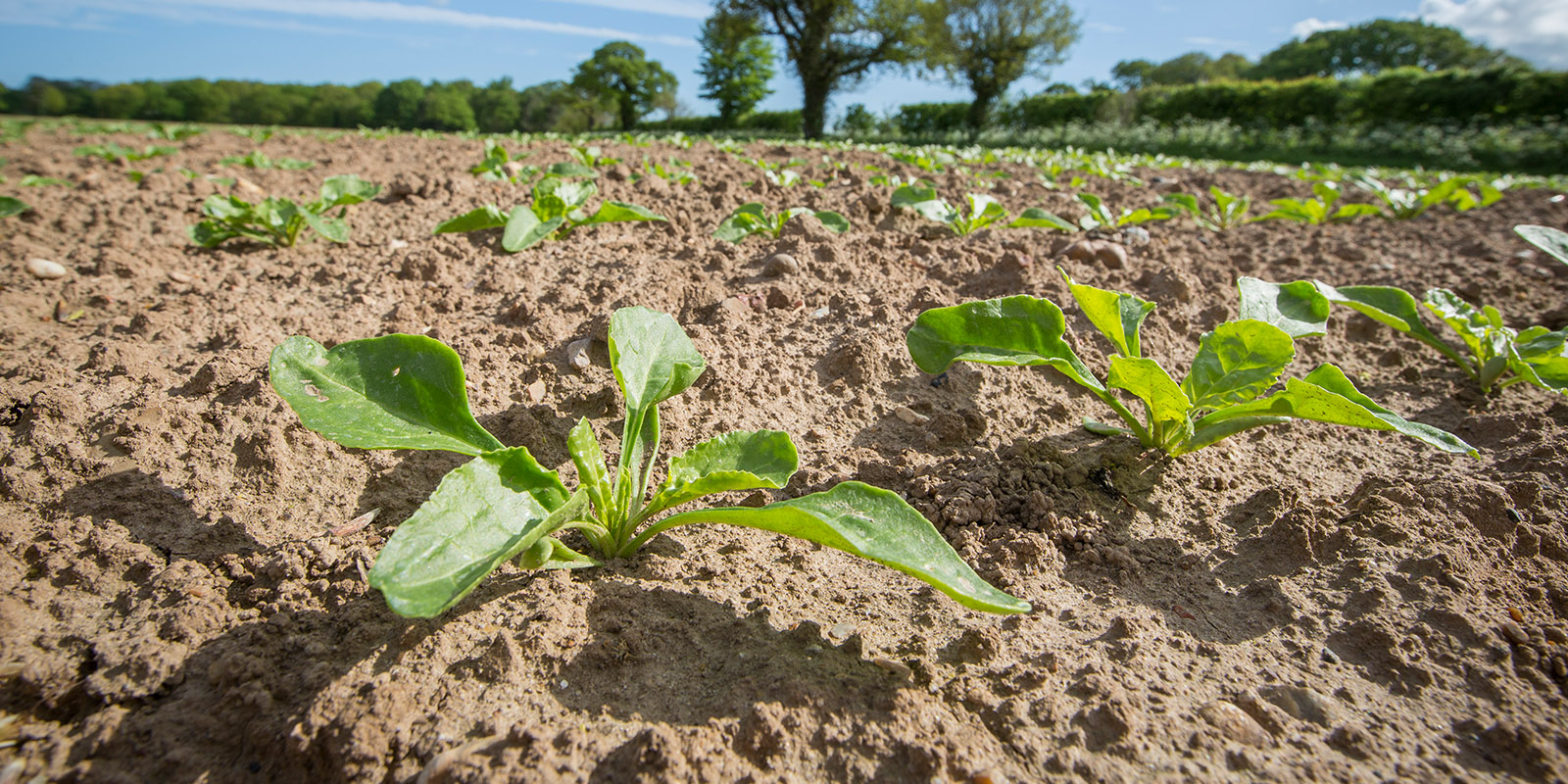 This compromise between safety and effectiveness means having to spray weeds while small with a complex mixture of products to kill them, but this also makes the crop more susceptible damage.

So just imagine a system where not only is weed control simpler – potentially using just one product in most instances – but also provides improved crop safety.

That’s what the new Conviso Smart system can offer growers from this season. Bred using conventional techniques, Conviso Smart varieties are tolerant to our ALS-herbicide, Conviso One.

A yield improvement of more than 5%

“Conviso One is a post-emergence herbicide containing the ALS inhibitors foramsulfuron and thiencarbazone-methyl – two highly active herbicides. It is for use exclusively in ALS-tolerant Conviso Smart varieties,” explains Edward Hagues, root crop campaign manager for Bayer.

“A single application rate of 1L/ha, Conviso One should be applied at the 2-4 true leaf stage of the target weeds. Although able to control a wide range of weeds, fat-hen is likely to be the marker weed in most situations, so application should be timed accordingly. In crop terms, this is likely to be around growth stage 14-16, four to six true leaves. Herbicide uptake is via both leaves and roots with its soil movement influenced by soil moisture status,” says Mr Hagues.

“It should not be mixed with other herbicides, but can be applied in sequence with other non-ALS-containing herbicides where non-controlled weeds, such as resistant grassweeds or volunteer potatoes, are present,” he adds.

As with all new technology however, it is important to understand the components that support the system and how the management principles, if observed, will help growers make the most of its benefits for many years to come.

“Good record-keeping and a zero-tolerance approach to bolter management will be essential to preserving the Conviso Smart system for the long-term,” says Mr Hagues.

All growers will be asked to demonstrate the principles of good crop management, such as removing all bolters to prevent seed return, thereby minimising the risk of ALS-tolerant weed beet, and following the herbicide guidelines as laid out by the Weed Resistance Action Group to protect the mode of action and promote the long-term performance of the active substances.

For Sentry farm manager Ed King, who manages 50 hectares of sugar beet across 800 ha of farmed and contracted land between Chatteris and Downham Market, the Conviso Smart system was a compelling proposition.

“The appeal was instant,” he says. “We cover a large geographical area from the main farm at Wood Farm, Chatteris, so anything that brings greater flexibility to the system is worthy of consideration.”

Specifically, it was the claim of better crop safety and longer residual performance from the Conviso One herbicide, and the potential to bring land back into the rotation that had previously been omitted because of weed beet that led him to trialling the system last season.

“The variety offers a level of yield performance close to that of some of the older varieties on the Recommended List, so the potential yield penalty is negligible. From here, it was about assessing what the herbicide would add in terms of application flexibility and weed beet control.

“This was easy to establish and any system that extends the application window is of enormous benefit to anyone seeking to maximise machinery utilisation. We also have inherited parcels of land which have been lost to sugar beet production due to weed beet. The ability to bring these fields back into the rotation would help improve enterprise performance; this was a compelling reason to trial the Conviso Smart system but bolter management is crucial if we are to avoid acetolactate synthase (ALS)-tolerant weed beet replacing one problem with another,” he says.

After a season’s experience, the Conviso Smart system has largely fulfilled his expectations, but there are lessons worth sharing with others.

“Application timing is still important to get the most from the herbicide. Where timings are off or weed emergence is protracted, then a follow-up spray may be required. It is also worth appreciating that some weeds will require a target-specific herbicide, such as clethodim for black-grass control. This may necessitate a stand-alone application depending on timing,” he adds.

5 ways Chilean sugar beet growing is different to the UK