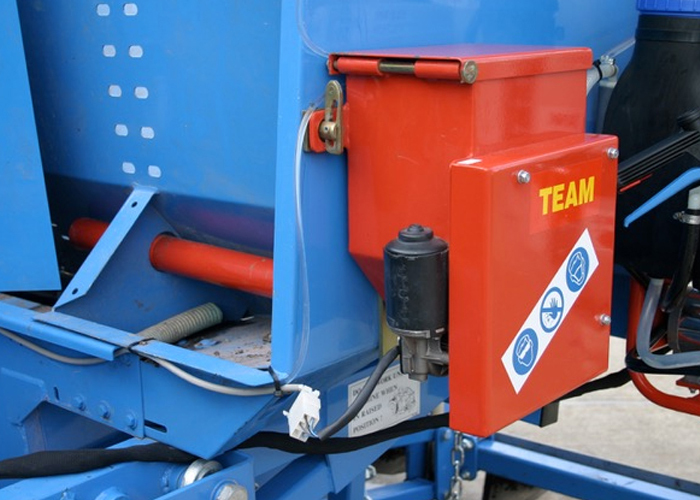 Finding an alternative to Monceren

A proposal by the European Commission to set a new maximum residue limit for Monceren (pencycuron) meant we took the decision to suspend sales with immediate effect. The decision means growers who previously relied on Monceren to protect marketable yields against damage caused by black scurf and stem canker will need to switch to an alternative product.

Although a final decision on Monceren’s future is still to be made, the proposals would have resulted in an unworkable situation.

“The outlook is far from clear, but if adopted the proposals would mean that all harvested potatoes treated with Monceren would have to be sold in a limited time period to avoid contravening the new MRL. This could affect the crop planted in 2020,” says Edward Hagues, Bayer campaign manager for roots.

“Should the proposals be dropped or a new MRL that is more favourable to Monceren be proposed, sales could again be possible,” he adds.

The non-availability of Monceren means those growers who opted for manual application must choose from the alternative methods of protecting seed tubers.

“All of the alternatives have their merits, but I would urge growers to make their choice based on which product delivers the greatest marketable yield,” says Eric Anderson, senior agronomist with Scottish Agronomy.

Identifying which treatment gives the best protection, however, is far from easy. In its table, “Products applied to seed tubers at grading, pre-planting or at planting (for control of disease spread to progeny tubers)”, AHDB Potatoes says of both Emesto Prime DS and Monceren DS that they deliver “Control of black scurf and some reduction of stem and stolon canker” while for RhiNo it simply states “Control”.

This does not give the level of detail needed by growers to make an informed decision, says Mr Anderson.

“There is a difference in performance between Emesto Prime and RhiNo that is not reflected in the AHDB table and just as importantly, nor does it consider the ease of application. From our experience, Emesto Prime sets the new benchmark for protection against seed-borne Rhizoctonia and adheres to the seed just as well as Monceren did,” he says.

Another factor supporting the use of the best means of control is the increased threat of black scurf infection after desiccation and haulm destruction.

“Black scurf invasion is most rapid after senescence starts or haulm destruction, but because diquat was a fast-acting desiccant it meant the time elapsed between spraying and lifting was reasonably short. This afforded some protection of its own, but without diquat, the time between destruction and lifting is likely to be much longer and so the threat of Rhizoctonia infection has increased,” he says.

Having accepted the need to protect tubers, the decision moves to one of application method. This is where growers who previously applied Monceren by ‘the sandwich technique’ need to think ahead, explains Danny Hubbard of equipment manufacturer Team Sprayers.

“We have an effective solution in the Team Powder Applicator and are the only manufacturer with an on-planter applicator already calibrated for Emesto Prime. The applicator, which can be retrofitted to most brands and sizes of planter, uses an auger to apply a measured quantity of product to the seed potatoes as they pass along the belt or into the cups depending on the machine used,” explains Mr Hubbard.

“The discharge rate will vary according to ground speed to maintain a constant application rate, while the applicator itself contains an agitator to prevent the product from bridging inside the hopper. Growers using a Digimon controller programmed with version 4.1b or later will already have the settings needed for Emesto Prime pre-installed while those with earlier versions can have them updated by returning them to us,” he adds.

Another machinery manufacturer offering an on-planter solution is Techneat Engineering. Its Techneat Powder Pro also uses an auger to measure out powder.

“The Powder Pro powder applicator which can be retrofitted to most brands of cup and belt planter including Standen and Grimme,” Tom Neat of Techneat Engineering says.

“It can be connected to a GPS sensor or the tractor’s ISOBUS terminus to ensure the application rate is maintained during changes in forward speed.”

It is important however, to ensure the machine is properly calibrated to the product being applied, he adds.

“All the available powders have different densities so operators should not assume that the calibration settings for one treatment will be suitable for another. Calibration is a simple process, with a dump test carried out to determine the product output in grams over a known number of auger revolutions. The rate controller setting is then updated to ensure an accurate application is achieved,” he says.

Black scurf is the tuber phase of stem canker. Superficial dark brown/ black particles (sclerotia) of variable size and shape that can be removed by rubbing or scratching with the thumb nail.

Emesto Prime DS, the improved tuber treatment containing penflufen for control of Rhizoctonia solani and black scurf in potatoes, is now widely available for use in 2019 plantings.