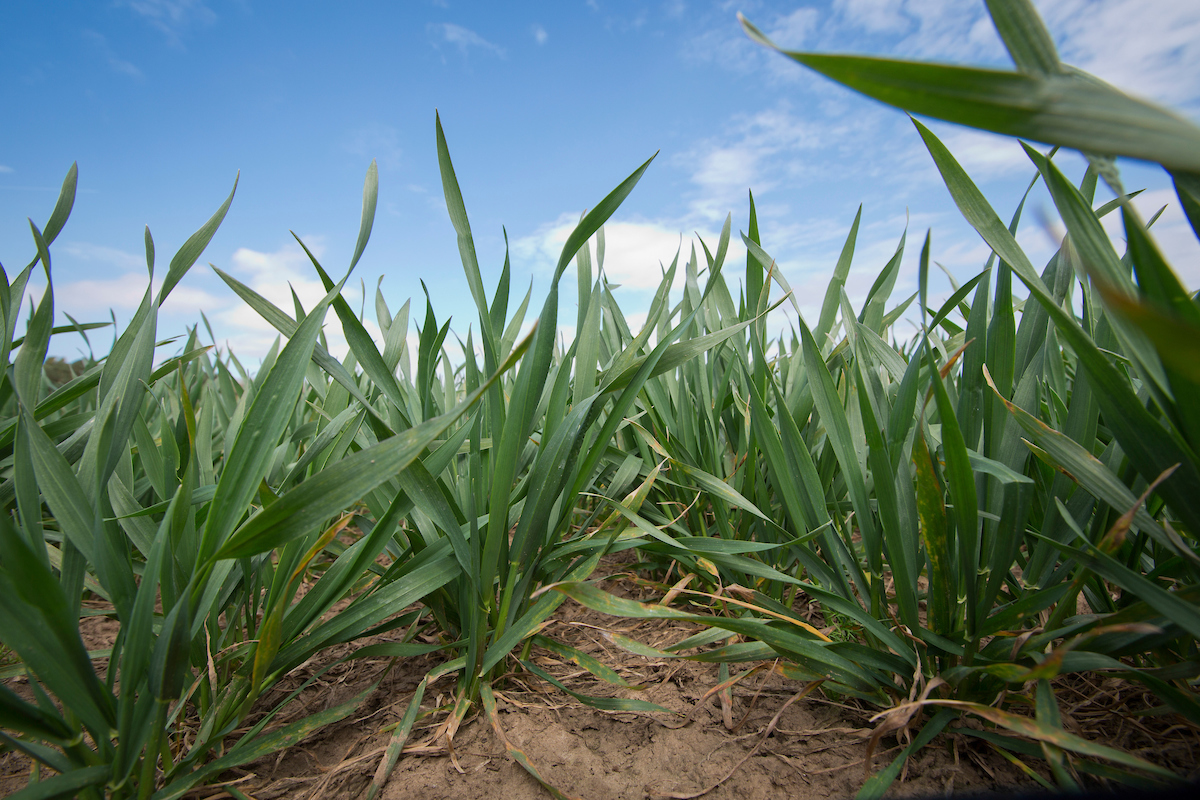 Spring can be a critical time for weed control programmes in winter wheat crops. Both grass weeds and broad-leaved weeds can cause problems in spring and poorly established crops can be particularly susceptible to weed infestations. Bayer’s Darren Adkins provides his advice for wheat management in spring.

Well-established crops are a huge benefit for weed control because they can compete with weeds effectively. Thin backward crops start at a big disadvantage and need more attention to produce a good return. Identify any problem areas with poor crop establishment and consider management options.

Autumn pre-emergence programmes typically control a broad spectrum of weeds but they are rarely give 100% control. In addition, there are spring germinating weeds to consider. Check which grass weeds and broad-leaved weeds are present in the crop and how they are distributed to plan the control strategy.

Weed control depends on being able to get out into the crop and spray. In early spring, wet, cold soils can be a big problem so herbicide treatments often happen when it is possible rather than at the optimum timing. Assess when it is feasible to travel on the field and consider how that may affect product use and tank-mix options. Likewise, if you are re-drilling with a spring crop, make sure that you don’t go on wet ground and seriously damage the soil structure for this and future crops

The wet autumn in 2019 will have consequences this spring. The wheat area is generally much lower because farmers were not able to drill in wet conditions. Added to that, sodden ground conditions mean that poor establishment is widespread and slugs have also caused problems. Herbicide programmes also suffered, some crops didn’t get a residual herbicide at all while, many others were treated at suboptimal times and in poor conditions.

The net effect of this is that wheat crops are highly vulnerable to weeds this spring because there will be a lack of crop competition and protection from herbicides. Although the difficult conditions have also affected weed germination and growth, there are still enough weeds in the crop to cause problems. In addition, wet land will be difficult to travel on so there may be more constraints on what control options farmers can use.

Next
Prioritise aims for the year

Prioritise aims for the year

Reducing the seedbank is critical to long-term black-grass control and it is a similar story with other grass weeds. In any one season, there is often a compromise between minimising seed return and maximising yield because wheat can still yield well despite fairly high weed populations. However, allowing more seed to return to the soil each season will gradually make it harder to farm successfully so at some point, short term gain from yield has to be sacrificed to the long-term aim of reducing the seedbank.

High returns will always be the overall aim when farming but how much long-term weed control are you willing to sacrifice to save money on herbicide spend in one season? The answer to this question depends on the specific situation on each farm with things like rotation options for following crops, land ownership and crop contracts all affecting the decision.

Where a crop fits in the rotation is also a factor in management. Does the crop need to be managed in a particular way to improve the potential of the next crop?

The low wheat area and the likely increase in spring crop area, particularly spring barley, has changed the usual spring decision making process. In a ‘normal’ spring, the patchy wheat crops would be candidates to be re-drilled but in all likelihood, farmers will be looking to nurse any salvageable crops through to harvest. At harvest time, winter wheat may be in short supply so the focus for many farmers will be to get the best total yield and do the best you can with weeds.

In situations where the winter crop didn’t get drilled or has failed there is a tricky decision to be made around spring crops. If land dries out, then a spring crop is still probably a good option. But if things stay wet, particularly in bad areas on heavy land, there may be case for planting a cheap cover to help pump out moisture and structure soil then focus on getting a good entry in autumn 2020.

As well as contact acting herbicides, residual herbicides such as 0.3 L/ha Liberator (flufenacet + diflufenican) can be applied until 31 March / GS23. Residual protection will help control any spring germinating weeds but is not likely to have much of an effect against large established weeds because they will have roots below the zone of activity in the soil.

Herbicide performance depends on good application conditions. Contact acting herbicides need active growth in the weed and fairly still, dry weather so that the herbicide can settle and be taken in by the target leaf.

After such a difficult autumn, herbicides will be very important this spring. Thin crops will need as much help as possible to compete with weeds. Also, many wheat crops didn’t get a residual herbicide in autumn or much later than the optimum pre-em timing so there may be more weeds to deal with than planned this spring.

Growers will be looking to control weeds as soon as possible but it is important to have some patience, trying to get on too early will result in poorer weed control. In grass weed situations products such as Atlantis OD, Monolith or Pacifica Plus need active growth, typically after a few days of bright, mild weather. In many places, it may not dry out until later in spring so it is likely that Pacifica Plus will be the best option as it has a wide spectrum of activity and still has good activity against black-grass and rye-grass.

Take steps to improve crop competitiveness in spring. Rolling encourages tillering and early nitrogen can improve growth. If crops are in very bad condition, re-drilling with a spring crop is also an option.

Weeds are often concentrated in patches which are a starting point for infestations to spread across the field. Aggressively controlling patches can be a good way to get weeds under control by sacrificing some crop this season so that it is easier to crop in future seasons. You can spray off patches at any stage in the season before seed sheds so it is probably worth waiting until later in spring to work out the best area to spray. 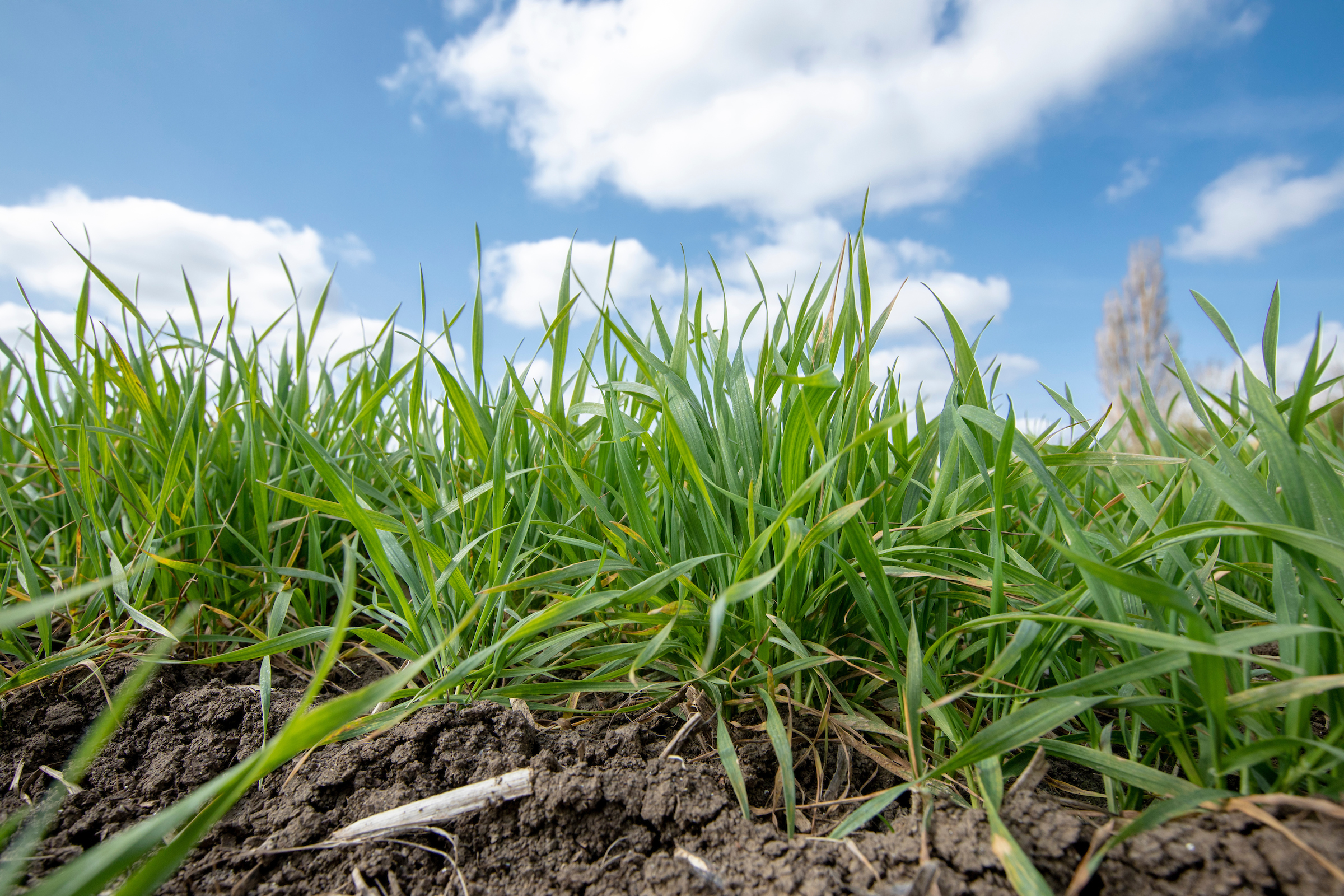 A survey of over 200 spray operators revealed that post-emergence grass-weed control in wheat is one of the hardest spray targets for both timing and accuracy.