1. Rust is still the disease to look-out for

The dominant disease continues to be rust (Uromyces betae). Although there were reports of severe powdery mildew (Erysiphe betae) in some regions, it has been surpassed as the principal disease threat. While disease was later coming in compared with recent seasons, it serves as a reminder that even in a low-pressure year, crops need protecting, particularly towards the end of the summer period.

It is also worth noting that while disease pressure was generally low, most growers sought to protect crop potential with fungicides. Trials demonstrate a clear benefit from fungicides even in low-pressure years. Consequently, it is therefore not surprising that the observable levels of disease are low.

Across 14 growers participating in Bayer’s #Beet150 yield initiative, disease surveys performed in late October identified rust in all samples. The leaf area affected ranged from a low of less than 1% to a high of 2.54%. All crops received at least one fungicide with the majority receiving two although product choice and application timing were at the discretion of the growers.

The impact of low-level or ‘un- noticeable’ disease on crop performance continues to be an area of research, but there are suggestions that yield potential is already negatively impacted before the point at which symptoms of disease become visible on the plant. 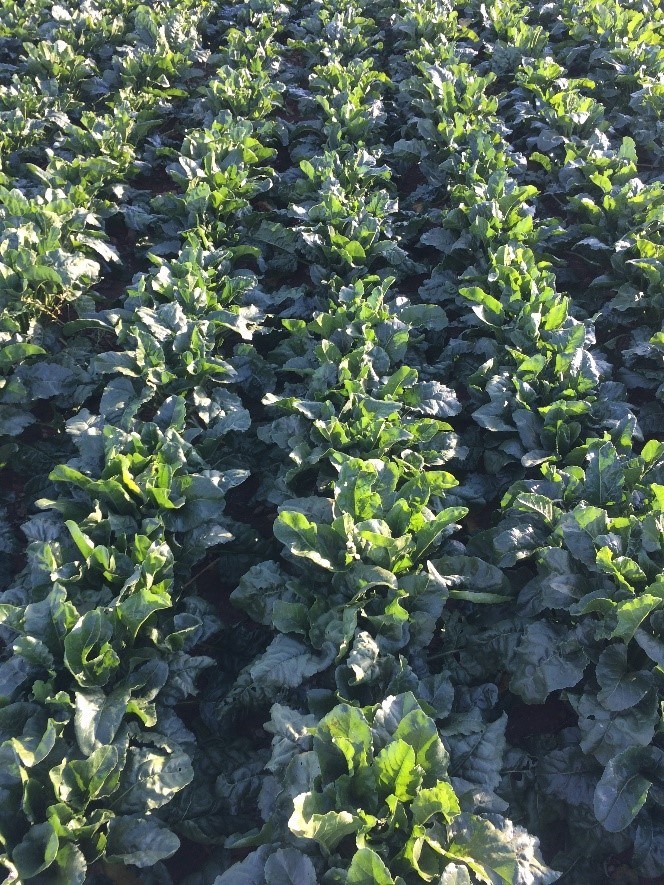 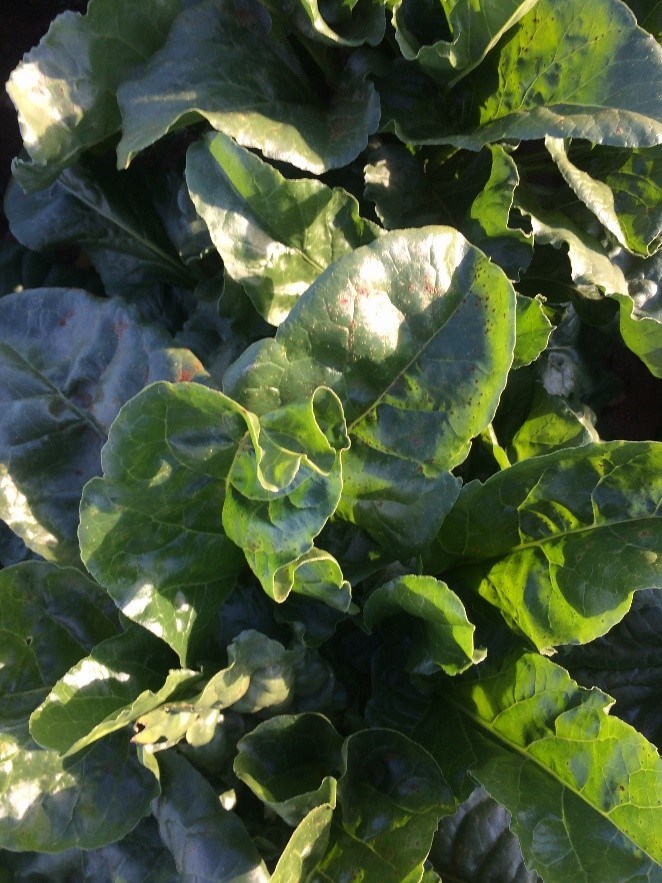 Pictures 1 and 2: Untreated sugar beet in the summer of 2018. The close-up on the right highlights how low-level disease can be hard to gauge. At 7% the incidence of disease was above the limit deemed to be the upper threshold at which fungicides should be applied. In contrast, the incidence of disease in the crop receiving two applications of Escolta (cyproconazole + trifloxystrobin) was just 0.12%.

Edward Hagues, Bayer root crop campaign manager who co-ordinated the survey, said the low numbers should not deceive growers into believing 2018 was a disease-free season.

“As with everything in life, it is important to look at the data in context. The numbers may seem small and it is evident that the dry conditions combined with growers making good use of fungicides kept disease at bay, but where conditions were favourable, or applications mis-timed, then disease was quick to establish. By the end of the summer rust was impacting untreated plots in our fungicide trials,” he said.

3. Fungicides worked, but timing was important

Disease scores from Bayer’s fungicide trials at Bracebridge, Lincolnshire and Aspall, Suffolk highlight the importance in application timing. Across the two trials disease in the untreated plots averaged 39%, though this hides the extent of the range which was 17% for the Bracebridge trial assessed on 31 October and 60% for the Aspall trial assessed on 25th September.

Where applications of Escolta were well-timed – late July and late August in the case of 2018 – disease control reached 94% whereas relying on a single application of Escolta in early July meant control slipped to 65% at Bracebridge and 85% at Aspall at the end of the summer. 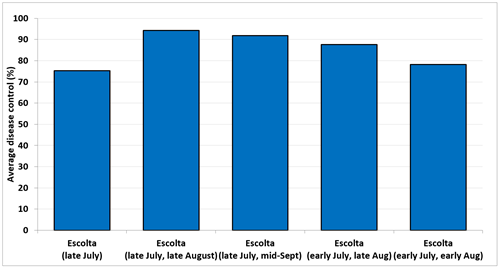 Chart 1: Foliar disease control continues to be a case of good timing and repeat applications at about four weeks after the first fungicide

“The results continue to support the advice given to growers over the past six years in that fungicides should be applied at disease onset, late July in this instance, and followed up with a repeat application about four weeks later. This programme again delivered the best level of disease control achieved,” says Mr Hagues.

While rust was reported in all fields there were also sporadic levels of Cercospora leaf spot with the disease found at low levels in Nottinghamshire, Lincolnshire and Cambridgeshire.

“As in most historical seasons conditions were largely unfavourable for Cercospora leaf spot, its occurrence not proving damaging to sugar beet crops this year,” adds Mr Hagues. 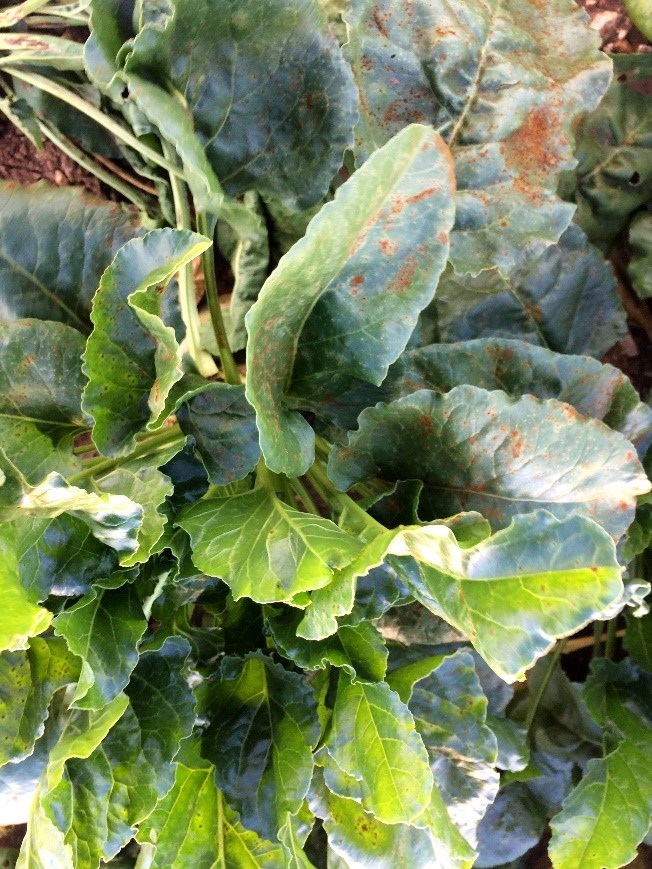 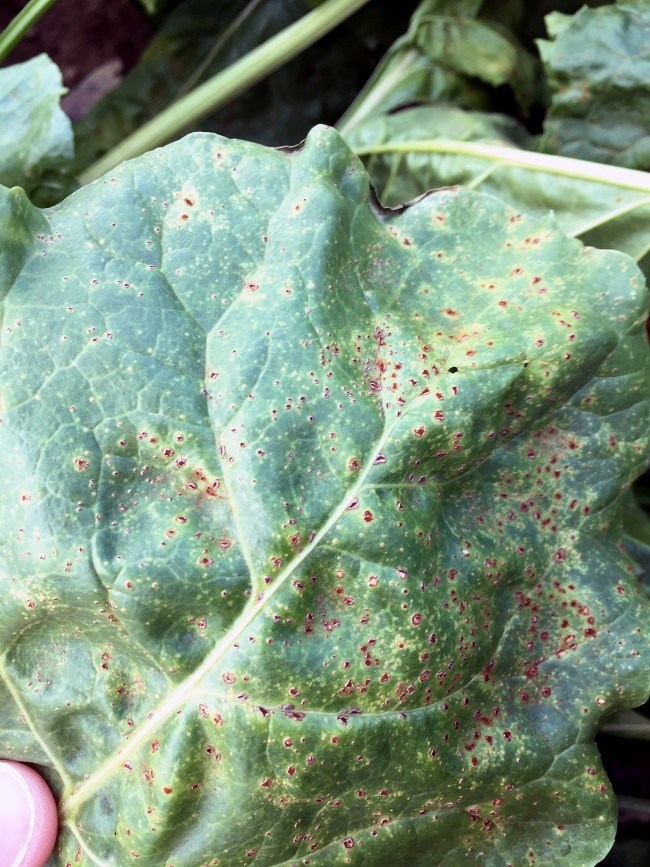 Pictures 3 and 4: Disease in untreated crops ranged from 17% for the Bracebridge trial (left), assessed on 31st October to 60% at Aspall trial (right), assed on 25th September. Rust was by far the most prevalent disease in all crops.

How to protect your Sugar Beet yields