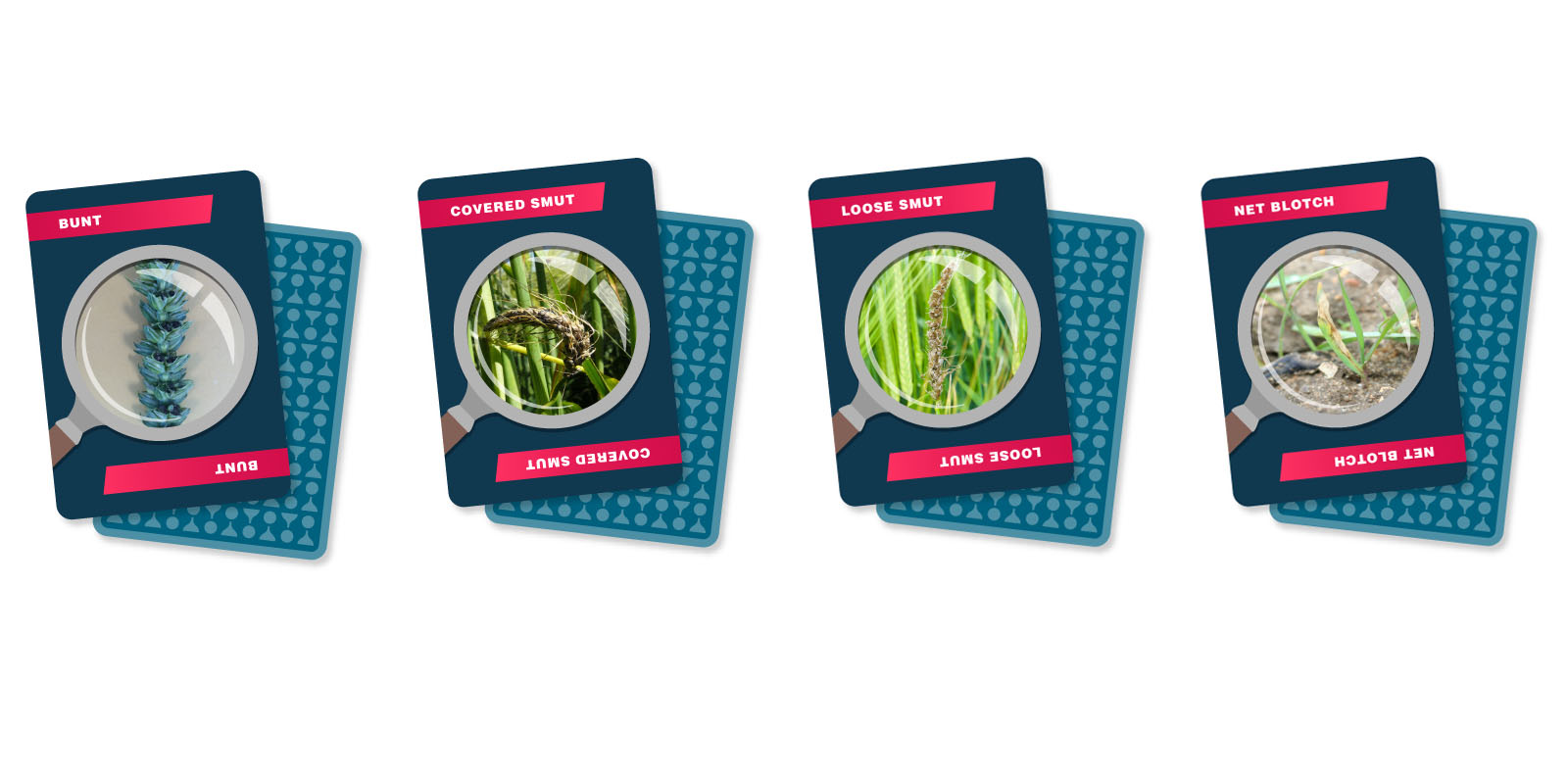 Our disease detectives have been investigating how well known these seed- and soil-borne diseases are in the UK, with some interesting results from the 300 growers they questioned. 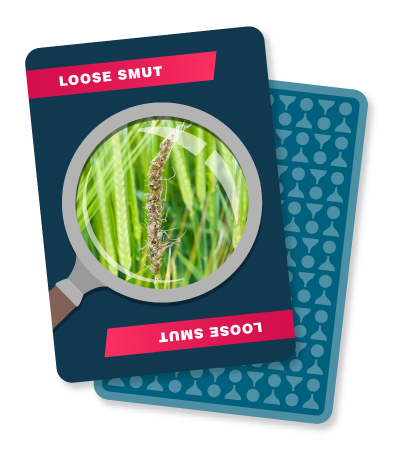 The disease detectives found that a third of growers were unable to identify loose smut, which is difficult to spot in its early stages. The disease takes hold when spores from infected plants land on healthy plants, infecting the developing grain. But the signs of infection usually won’t be visible until the diseased seeds are sown and come into ear themselves. At this stage, loose smut is easily recognised as each grain is replaced by a mass of black fungal spores.

Before that, the only sign might be that plants are taller and mature slightly earlier than uninfected plants. This gives loose smut a competitive advantage, allowing the spores to be ready to infect once the florets of healthy plants open.

Only half (45%) of growers were able to identify covered smut when challenged by the detectives, perhaps not surprising given that it’s rare in the UK. Even less surprising is that a third mistook it for loose smut. The two diseases are similar, except that covered smut spores remain in the ear under a thin membrane, rather than being blown off. The membrane is easily broken by the combine, allowing the infection to be spread onto healthy grain. 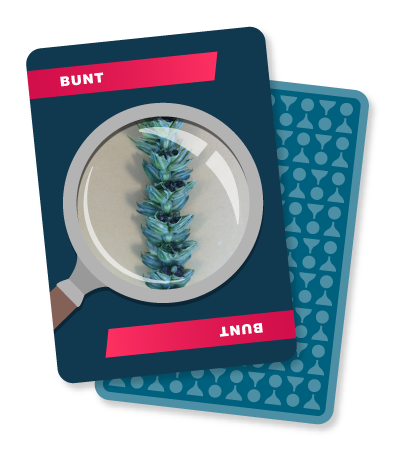 Four out of five growers (84%) approached by our disease detectives knew that bunt  smelled of rotting fish, but a third (35%) were unable to spot the physical signs of the disease.

Bunt, which only affects wheat, replaces the grain in infected ears with balls of spores. When these balls are ruptured by the combine, the spores are released as a sooty cloud, contaminating not just the seed in the combine but also the soil, nearby crops and the grain store. To spot bunt, you need to look for yellow streaks on flag leaves, and stunted plants with dark grey-green ears and slightly open glumes.

Our disease detectives also found that only half (51%) of growers could identify seedling net blotch. A quarter of the growers mistook net blotch for leaf stripe, which looks very similar in infected young seedlings. You’ll find, however, that later leaves infected with net blotch are easier to distinguish, with short brown blotches, or ‘nets’, that have a network of random darker lines on the leaves.

Leaf stripe is one of the most serious diseases of barley, causing long brown stripes to appear on leaves. This seed-borne disease can kill seedlings as they emerge. When seedlings do survive, the fungus can reduce the green leaf area of plants and sometimes result in there being no harvestable grain in affected tillers.

The disease detectives discovered that three out of four growers could identify leaf stripe, perhaps due to the giveaway in the name itself, which denotes stripes that often start out pale green, before becoming yellow and finally brown. However, 35% couldn’t put their finger on exactly what symptoms leaf stripe causes, with one in five growers not realising that the disease can kill seedlings.

Ramularia is carried on the seed and moves systemically through the plant without initially showing any visual symptoms in either winter or spring barley. The main damage is usually seen on top leaves after flowering and is often found on plants infected with other leaf spots. Typically, you will see small brown rectangular lesions, often with a yellow halo around them. If levels of infection are high, leaves will be killed off.

One in four (38%) growers impressed our disease detectives by correctly identifying that ramularia can cause losses of up to 0.9 tonnes per hectare.

M. nivale is the main pathogen behind seedling blight, which can result in the death of seedlings and thinning of the plant stand. The disease detectives discovered that a third of growers were not aware of the link between M. nivale and seedling blight, instead associating it with barley yellow mosaic virus (BaYMV,) net blotch or powdery mildew.

But most growers got top marks when it came to identifying ergot, with 88% recognising that it replaces the grain in a few spikelets of wheat, barley, oats, rye or triticale with a hard, dark purple sclerotium. It is the diseased sclerotia themselves that are known as ergots.

Ergots fall to the ground at harvest time, germinating in the spring with spore-producing structures housed inside them. The spores they produce are released into the air, getting into the open flowers of nearby cereals. Ergot can also be carried by insects when sticky secondary spores inside flowers stick to them, providing a second route by which the disease can spread.

For many years, seed-borne diseases, such as leaf stripe, have been kept at bay by effective seed treatments. So it’s not surprising that today’s farmers find some of these diseases more difficult than others to identify, says Claire Matthewman, Campaign Manager at Bayer.

“It can be easy to forget what life was like before effective seed treatments, and some of the really damaging diseases that could hit growers’ crops,” she says. “However, we’ve found through trials that not all single purpose seed dressings have the same efficacy. So it’s important to make sure you use a quality, broad-spectrum control product like Redigo Pro (prothioconazole and tebuconazole) or Raxil Star (fluopyram, prothioconazole and tebuconazole) which protects against all major seed- and soil-borne diseases.

“Seed treatments are precision agriculture at its best. When they work you don’t see anything, but it makes it easy to forget their importance in keeping these diseases at bay.”

Quiz: How well do you know your seed- and soil-borne diseases?

Help identify the disease that is affecting your crop, and find out more about the solutions that we offer.