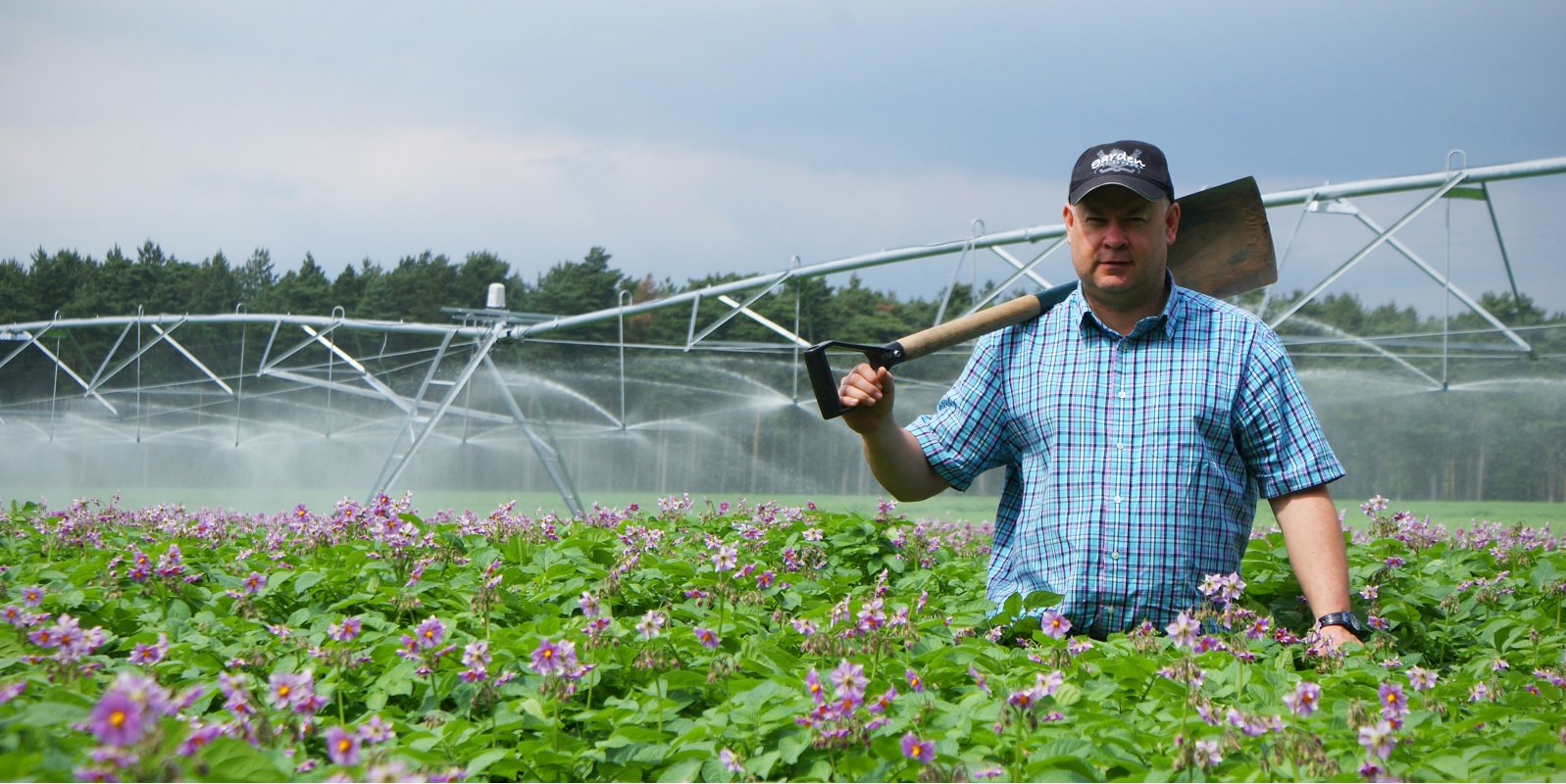 Andrew Francis, farm manager at the 9,000-hectare Elveden Estate, has been investigating these conundrums, both through a series of his own initiatives and as part of the AHDB Strategic Potato Farms programme.

Below is a snapshot of work so far and the observations made.

Managing cover crops under a ‘no glyphosate’ scenario

The Elveden Estate spends part of its time looking at possible business impact scenarios. One of these looked at recently is the requirement to cover crop any bare land over winter to prevent soil erosion or nutrient loss from soils. It would typically plan to kill-off and incorporate the crop several weeks ahead of de-stoning, but any potential loss of glyphosate would increase the number of operations involved.

“The impact of having a heavy and bulky green crop to incorporate was surprisingly large. It led to difficulties with the de-stoning operation, and the extra diesel consumed as a result increased the carbon footprint of the entire crop growing operation by 26%.

“We also looked at the impact on harvestability and storability if we were to cease de-stoning, which would be a possible consequence of changes to cover crop management.

“While not de-stoning would save about 4% in production costs, it means risking 100% of the crop, which is a gamble we cannot afford to take with very high-quality specifications required,” says Mr Francis.

The loss of linuron poses questions as to how growers effectively control weeds without incurring significant cost increases. “There are plenty of alternatives, but putting a programme together that ensures good residual control costs about twice that of a programme built around linuron.”

What impact does seed age have on tuber numbers?

“We are investigating seed tuber age with three varieties to see if there is an impact on tuber numbers and learn how we might manipulate performance for better yields.”

The light soils across Elveden Estate are highly leachable, and there is a need to manage the environmental risks this poses to water courses:

“Across a range of application techniques, we have managed to get 90-95% of the nitrogen applied in to the potato crop. The risk management practices considered did little to influence the amount of nitrogen lost from the crop, and demonstrated there was no or minimal leaching into the deeper soil profile.”

Irrigation management is important for managing common scab on potatoes, but experience suggests that some varieties have better tolerance than their scores suggest:

“We have changed irrigation scheduling for two varieties to exploit their tolerance and cut water application rates.”

The farm ran a trial involving a range of tolerant and resistant varieties which led to some unforeseen lessons:

“The most interesting observation was the extent to which the red deer on the estate travelled to locate the plots under stress from PCN. We suspect that the affected plants produce more leaf sugars in response, and that the deer were able to detect this. The challenge is to turn these pre-stress triggers into something that we can use in a practical way to keep deer out of commercial crops and possibly target supportive nutrition better for stressed crops.”

As an extension to actions taken to reduce nutrient leaching, the estate considered what cultivation practices could be used to reduce run-off:

“We’re a fairly flat farm, but even a 4° slope led to tramline run-off collecting on the headlands. We investigated how different machines influenced run-off with some valuable findings presented at the SPot farm open-days.”

Looking for more ways to reduce your costs of production and grow more profitable crops? Subscribe to our email newsletter for up-to-date advice from the industry’s leading experts.