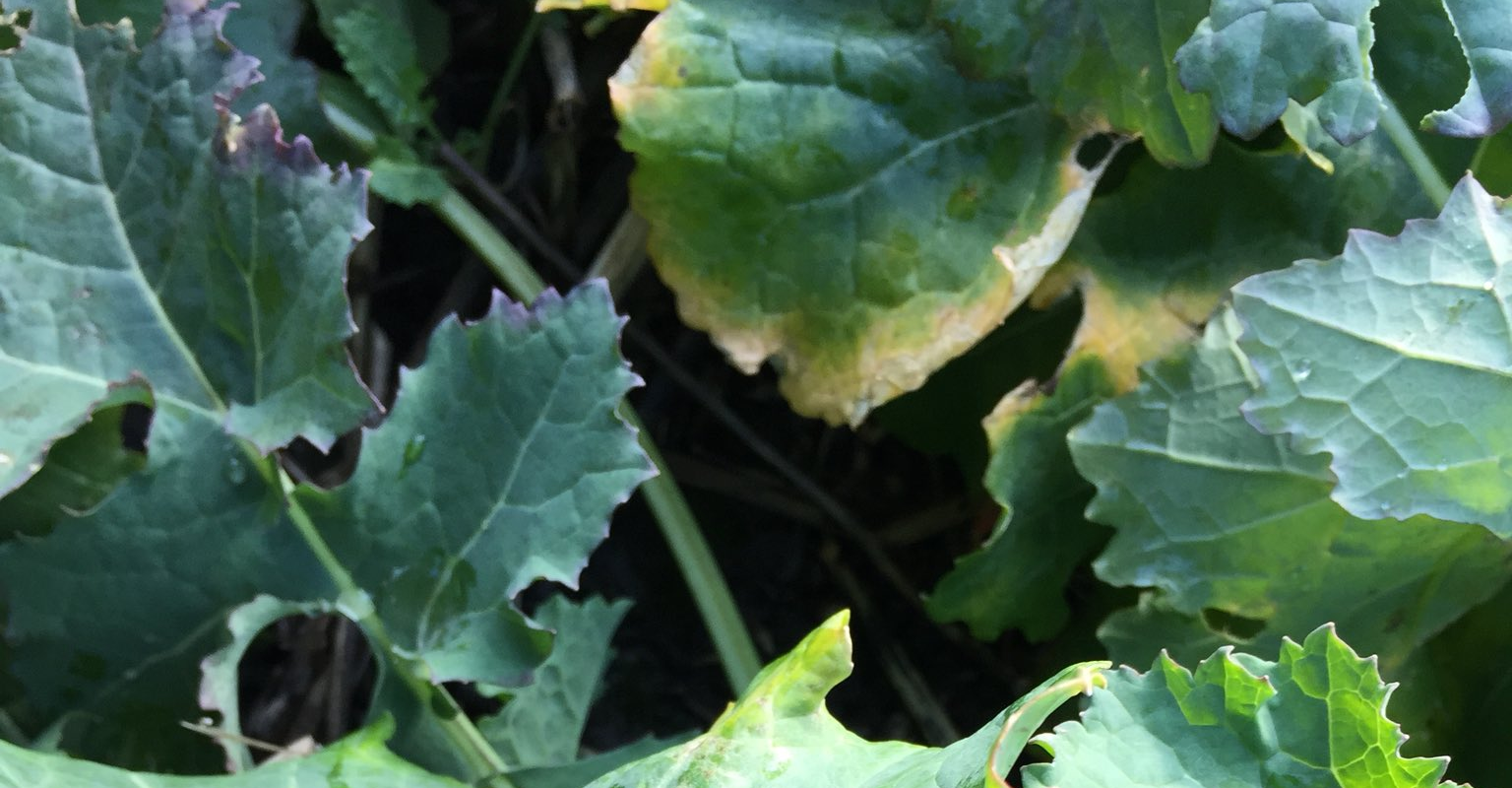 Not a great deal of field work has been possible over the last couple of months due to the wet ground conditions. It had started to dry out in Lincolnshire before the crops disappeared under the “beast from the east”, but as snow has melted away it now is very wet again. Some growers on the coast have lost crops from wind damage during the cold blast.

Before the cold weather, oilseed rape crops looked good, but they have been knocked back and growth held up by the sub-zero temperatures. Many are in desperate need of nitrogen and agronomists are reporting that growth regulation is no longer a priority, so attention has turned to disease control.

You can still incubate leaves to look for signs of light leaf spot infection, but there is plenty around and I have spotted symptoms in early-drilled susceptible varieties. We are at the point now where growers need to get on with a fungicide as soon as conditions allow. Light leaf spot is the highest yield robber in the crop and an active such as prothioconazole will ensure the disease doesn’t get a foothold.

With generally high black-grass pressure in Lincolnshire, many wheats have been drilled late and these crops are inherently patchy and the cold hasn’t helped with that. It is a good idea to monitor black-grass germination, as we are seeing some coming through at our demonstration site where residual herbicides weren’t applied or have run out of steam. This is important in dictating the need for residual top-ups or post-emergence contact herbicide applications.

Atlantis WG (iodosulfuron + mesosulfuron) is the baseline for post-emergence black-grass control, with Monolith (mesosulfuron + propoxycarbazone) and Atlantis OD being a step on and both will give you an extra few percent control, so are the products of choice.

In situations where there is a high seed bank and spring germinating black-grass is coming through, you can apply a residual top-up of Liberator (flufenacet + diflufenican) until the 31 March if you haven’t already used it twice in the autumn. It does offer another weapon in the armoury.

Disease progression in wheat has been set back and the main effect of the frosts has been on yellow rust. Septoria is still easily found though and is bubbling away, so will be the focus going forward. Crops will benefit from a T0 to start off programmes with a clean slate and take the pressure of the T1 timing when weather is likely to be more conducive to disease.

T0s should be based around chlorothalonil and include a strobilurin or azole, which will help protect against septoria and clean up any rust present in the crop.

Winter barley is showing signs of net blotch and mildew and will also benefit from a T0 of a cyprodinil-based product such as Kayak. It will keep on top of things before things get going later in the month.