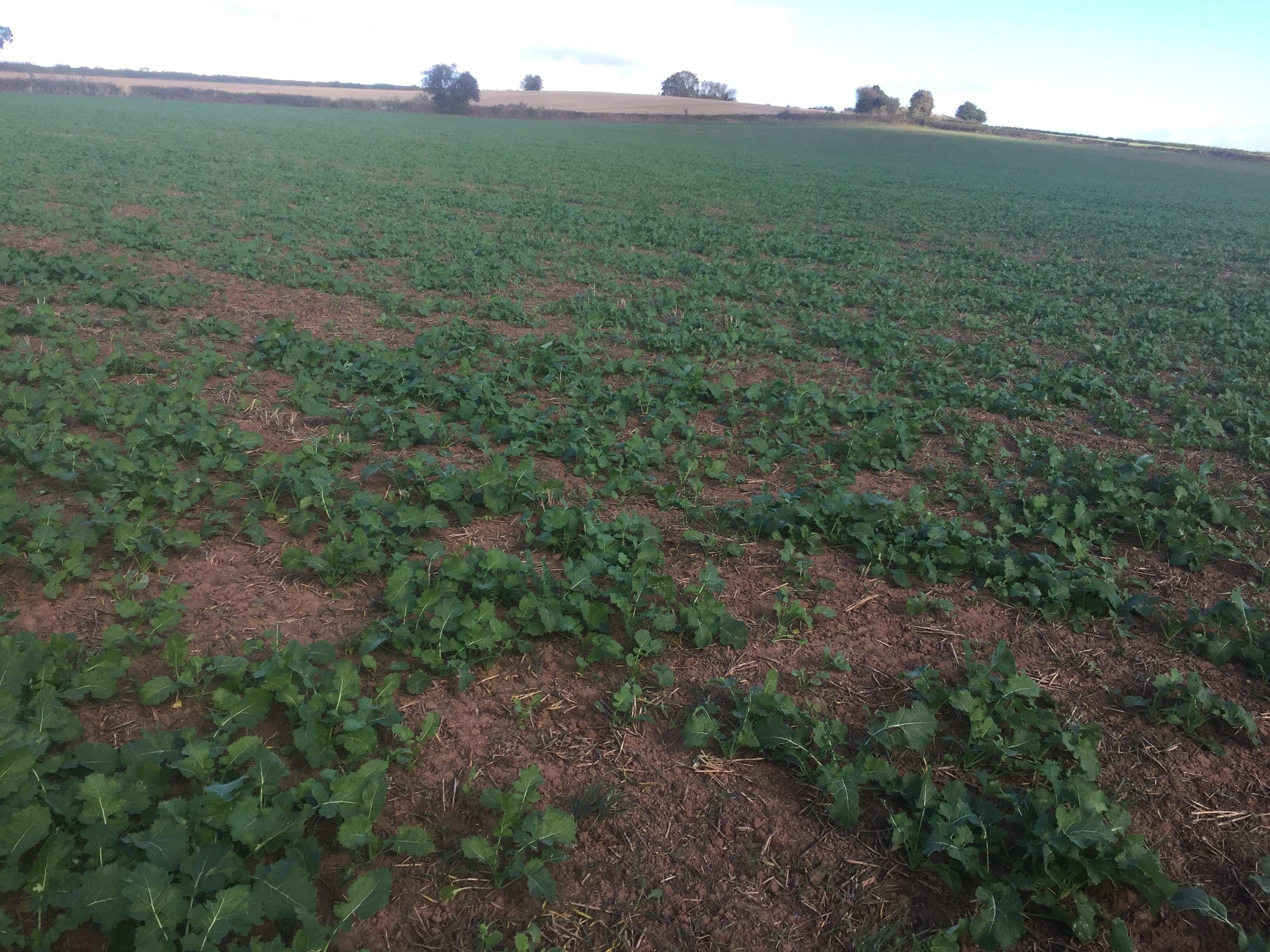 Many crops received their first phoma spray, with susceptible varieties reaching threshold some time ago. Where that timing was 4-6 weeks ago, crops will be due a top-up and more resistant varieties that didn’t have a phoma spray will require a treatment for both phoma and light leaf spot protection soon.

The Rothamsted light leaf spot forecast puts the South West at slightly lower risk than last year and the disease isn’t easy to find, but that’s normal at this stage. Azoles are the only chemicals that can control the disease  in its latent period,  but you need to treat at the very earliest signs and if you don’t see symptoms before the end of November, I would advise a treatment regardless to protect crops through the winter. If you haven’t treated with a light leaf spot active product already, use a large 0.46l/ha dose of Proline. Where you are topping up, you can get away with 0.32l/ha.

Growers can combine the fungicide with propyzamide applications if soils are cold enough, but the key thing is not to compromise the timing of either product. If light leaf spot is present but soils are warm, get the fungicide on and apply the Kerb later.

Winter cereals are all but planted in the South West, except some wheat crops behind maize or root crops. Winter wheat and winter barley have had pre-emergence mixtures and some farms have now applied residual top-ups for bad grass-weed scenarios. There has been concern over dry seedbeds, but there has been enough moisture for the residual products to do a good job.

In later-drilled wheat crops behind maize and roots, still aim to get a pre-emergence herbicide on and the presence of blackgrass should dictate product choice. In blackgrass situations, use a robust pre-emergence of 0.6l/ha of Liberator plus 2l/ha of Defy, which should do a good job as soils will be cool and moist, helping with persistency. Unlike earlier-sown crops, you shouldn’t need a sequence.

Atlantis-type products haven’t been applied yet, but we are now in November and getting to the stage when it should be considered if blackgrass is coming through and at 1-2 leaf. If you have enhanced metabolism resistance, you need to apply as early as possible and take every opportunity to get on while the weed is small.

For parts of Somerset and Dorset and down in to Devon and Cornwall, annual meadow grass and broad-leaved weeds are the main targets. Remember that Liberator will provide control up to the 2-leaf stage of annual meadow grass, but once it starts tillering, my advice is to switch to Othello.

Barley yellow dwarf virus is a key concern and for the aphid vectors, you need frost to kill them off. The main vector, the bird cherry oat aphid, needs -0.5C to kill half the population, but bear in mind they can  hide in leaf sheaths and survive to lower temperatures. We get fewer  frosts in the South West and have not had temperatures below zero yet, so crops  may be at risk as Deter runs out of steam.

Where Deter has been used on crops drilled before the last week in September, they will  need an overspray with a pyrethroid eight weeks after drilling. Crops drilled after the last week of September should get up to 10 weeks protection and in many cases this will be sufficient but bear in mind that during the open autumn of 2015 even crops drilled in the first week of October benefited from an overspray along the south west coast, so keep an eye on Rothamsted’s aphid bulletin and weather conditions and treat if risk remains high.