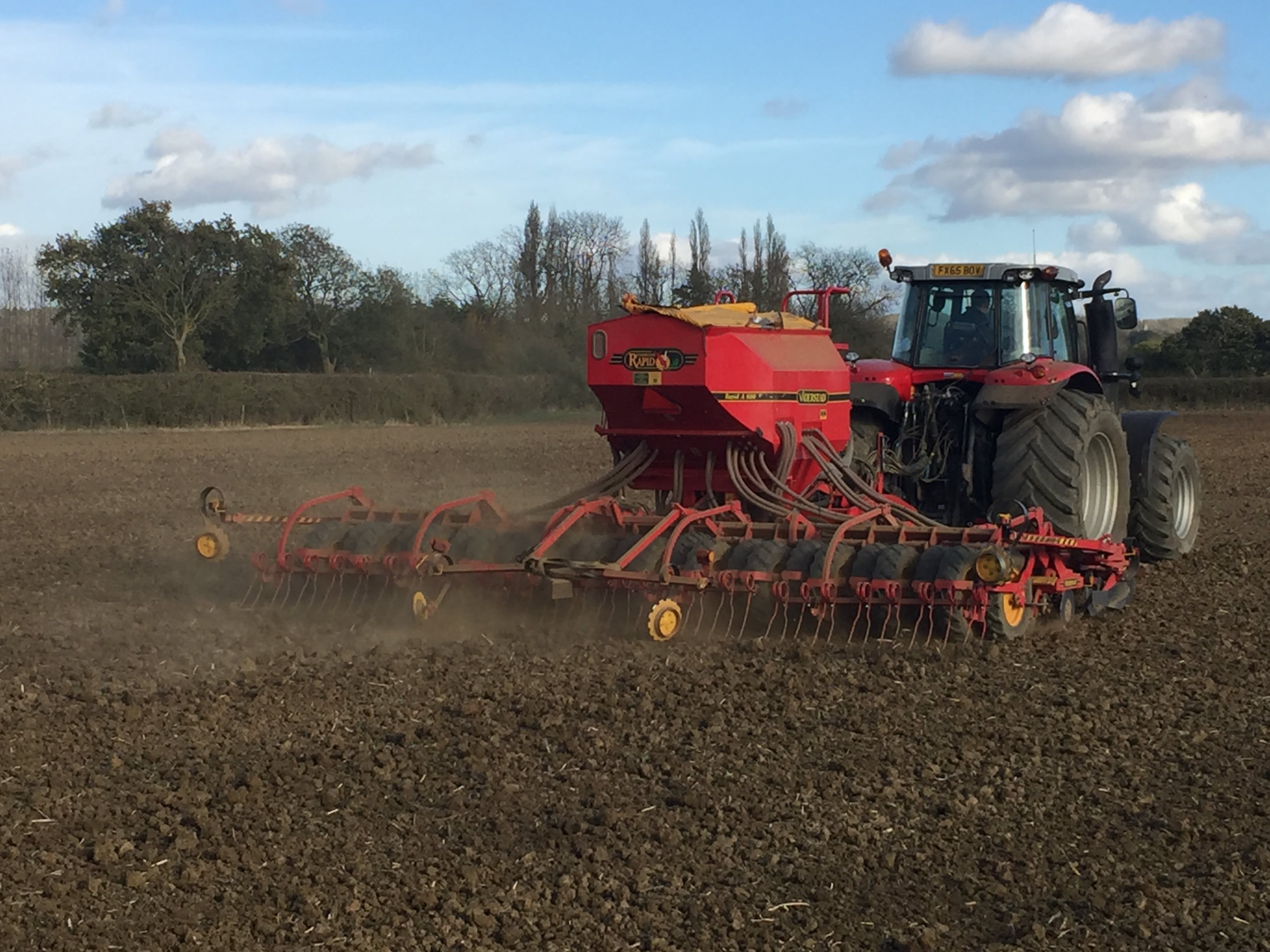 Rape crops are looking well, although phoma infection is now getting to threshold levels in most crops. If a fungicide hasn’t already been applied, a prothioconazole-based product should be used to cover both phoma and light leaf spot, which is there but hasn’t taken off yet. A 0.46l/ha dose of Proline should see crops through the winter now.

Some growers have been using co-formulated products containing both prothioconazole and tebuconazole – to slow some of the more forward crops up. Remember that you need 25g of tebuconazole active per true leaf to get any growth manipulation effect. It will also give some useful activity on light leaf spot.

It has been a very dry October and the 13mm of rain on Saturday (4 November) was very welcome. It was much needed for the late-drilled wheats that went in late October and early November and has helped the pre-emergence herbicides that have been applied, or just going on. Across Lincolnshire the completion of the autumn drilling campaign varies, in the main I would estimate 85-90% drilled up.

Growers with blackgrass have gambled on late drilling and it has paid off after the settled October. Many have been rolling and spraying straight after the drill on a field-by-field basis to avoid getting caught out with no pre-emergence application. It’s good to see that the messages on blackgrass control are being taken on board.

Where pre-emergence herbicides haven’t gone on and you have emerging blackgrass, consider using a contact product post-emergence, along with a residual product such as Liberator. Where growers drilled slightly earlier and pre-ems went on, they are now going through and topping up residual actives, including Atlantis type products where blackgrass is at 1-2 leaf.

The Lincolnshire Blackgrass Resistance Busting trial site was established in late October in good conditions and we are expecting a challenge for the cultural and chemical tactics that have and will be used. Keep a watch out for open days throughout the season.

In brassica veg crops, disease control programmes are still in progress as pressure remains high, with powdery mildew, ringspot, alternaria and light leaf spot all present and being treated with fungicide at 14-21-day intervals.

We are running a fungicide demonstration trial in Brussels sprouts this year near Sutterton, south of Boston. The site compares products on their own and within programmes. It puts Nativo against Amistar Top, Signum against our newer SDHI product and Rudis against Plover. In addition, we have looked at insecticides to refine best advice on the positioning of Movento within a programme. Growers are welcome to get in touch and come and have a look at the results, which will be of interest.