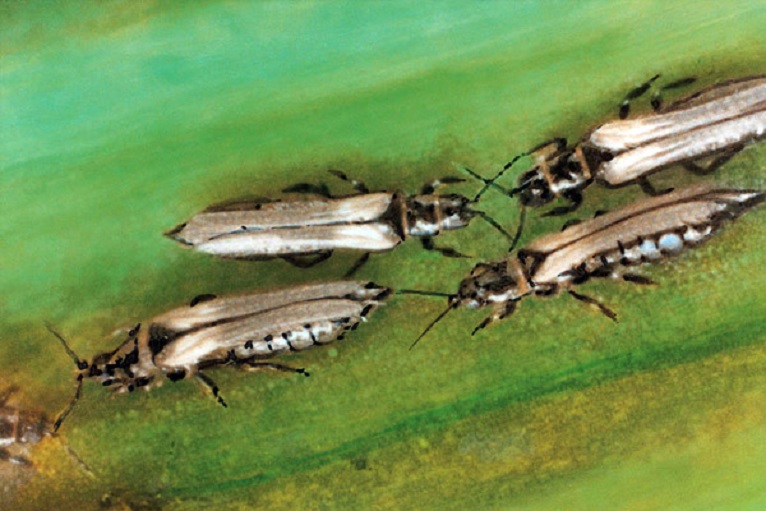 The thrips feed by piercing the leaf surfaces and sucking up the contents of the damaged cells. They target the heartleaves as they form and before they unfurl. The resultant damage leads to a silvery brown or reddening of the centre of the beet which fail to develop and grow normally. Damage caused by thrips can be mistaken for frost damage. In the spring of both 1996 and 1997 reports of damage attributed to thrips were widespread and further reports of damage were recorded in the cold dry spring of 2010.

Sugar beet crops will be at increased risk when grown in the vicinity of other host crops such as linseed, oilseed rape or other brassicas for cabbage thrips or brassicas or Alliums for onion thrips. Where pest pressure causes severe damage crops may require re-drilling especially in cold dry springs when crop establishment is slow. With the onset of more favourable growing conditions crops can recover although maximum growth is essential at this early growth stage to ensure satisfactory yields. Modern seed treatments can give useful protection against thrips, although in dry soils movement of the active ingredient from the outside of the seed into the roots and shoots can be limited. Growers have attempted to control this pest with one or more applications of pyrethroid insecticides.