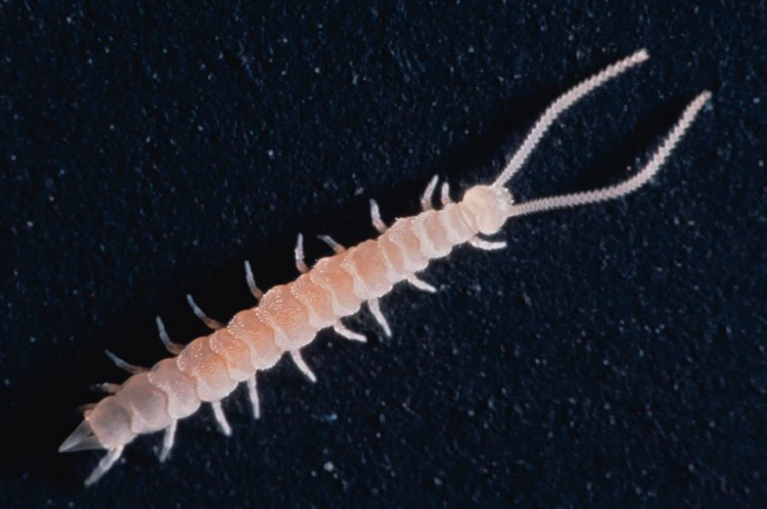 Symphylids are soil-inhabiting arthropods which are up to 10 mm in length with long antennae, 12 pairs of legs and a white cylindrical body. They can be extracted by placing a sample of soil into a bucket of water, if present, after a short while they can be seen floating on the surface.

Symphylids feed on the root hairs of plants and can also tunnel into the roots and stems leading to stunting and plant loss.

Eggs are laid in the soil and larvae hatch a few weeks later. The newly emerging larvae have fewer pairs of legs than the adults and growth occurs as a result of a succession of moults. During the summer, as soils dry out, both adults and juveniles move down in the soil profile via cracks and crevices. They are more active in the upper layers of soils in the spring and autumn. Symphylids can live for up to a year.

Damage can be severe where high populations are found especially on silt or chalky soils.