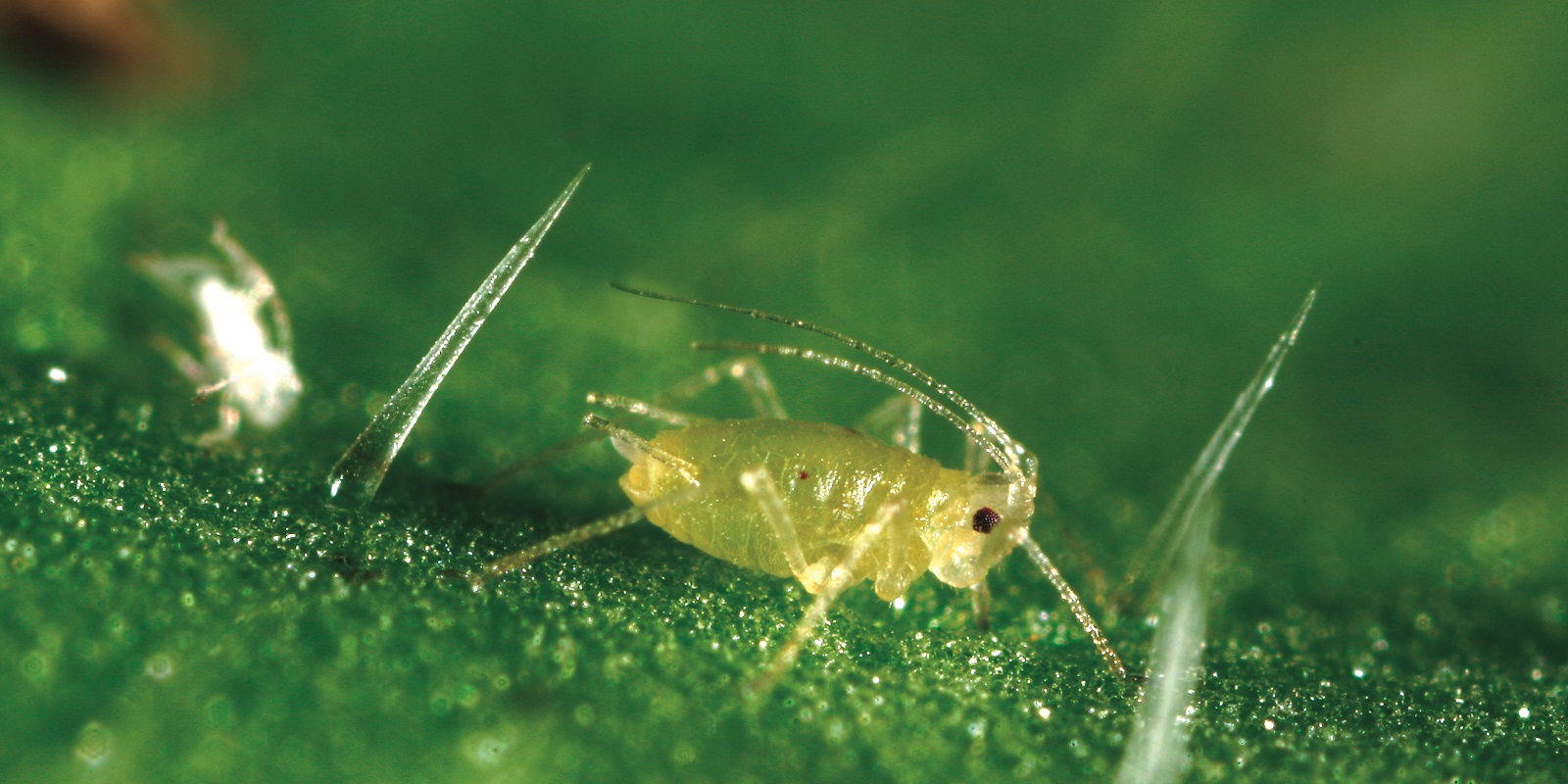 1-2mm long, oval in shape and varies from green to pale yellow and pink and these can all occur in the same colony.

Aphids are generally dispersed on the underside of leaves and rarely form dense colonies. Economic damage is as a result of the transmission of viruses rather than direct feeding damage which can cause some leaf distortion of young growth.

The winter host is peach of nectarines, alternatively they can overwinter in the mobile stage on a wide range of other plants. Winged aphids appear from May onwards and when crowded the aphids tend to walk to neighbouring plants which further spreads any viruses which they carry. Summer hosts are numerous (over 40 plant families) including peas, sugar beet and brassicas and in August/September winged forms can migrate to crops of winter oilseed rape.

This species is a major pest of brassicas and can transmit more than 120 plant viruses. As populations increase on brassica crops, economic damage can be sustained in the form of leaf and growing point distortion, fungal moulds establishing on sticky honeydew and discarded skins, all of which can contribute to a loss of crop quality and marketability.

Insecticides should be applied at the first signs of aphid infestation.

The vast majority of M. persicae are now MACE (resistant to pirimicarb) and quite a high proportion are KDR (i.e. resistant to pyrethroid insecticides). There is no resistance to neonicotinoid insecticides or to the new lipid biosynthesis inhibitors such as Movento.