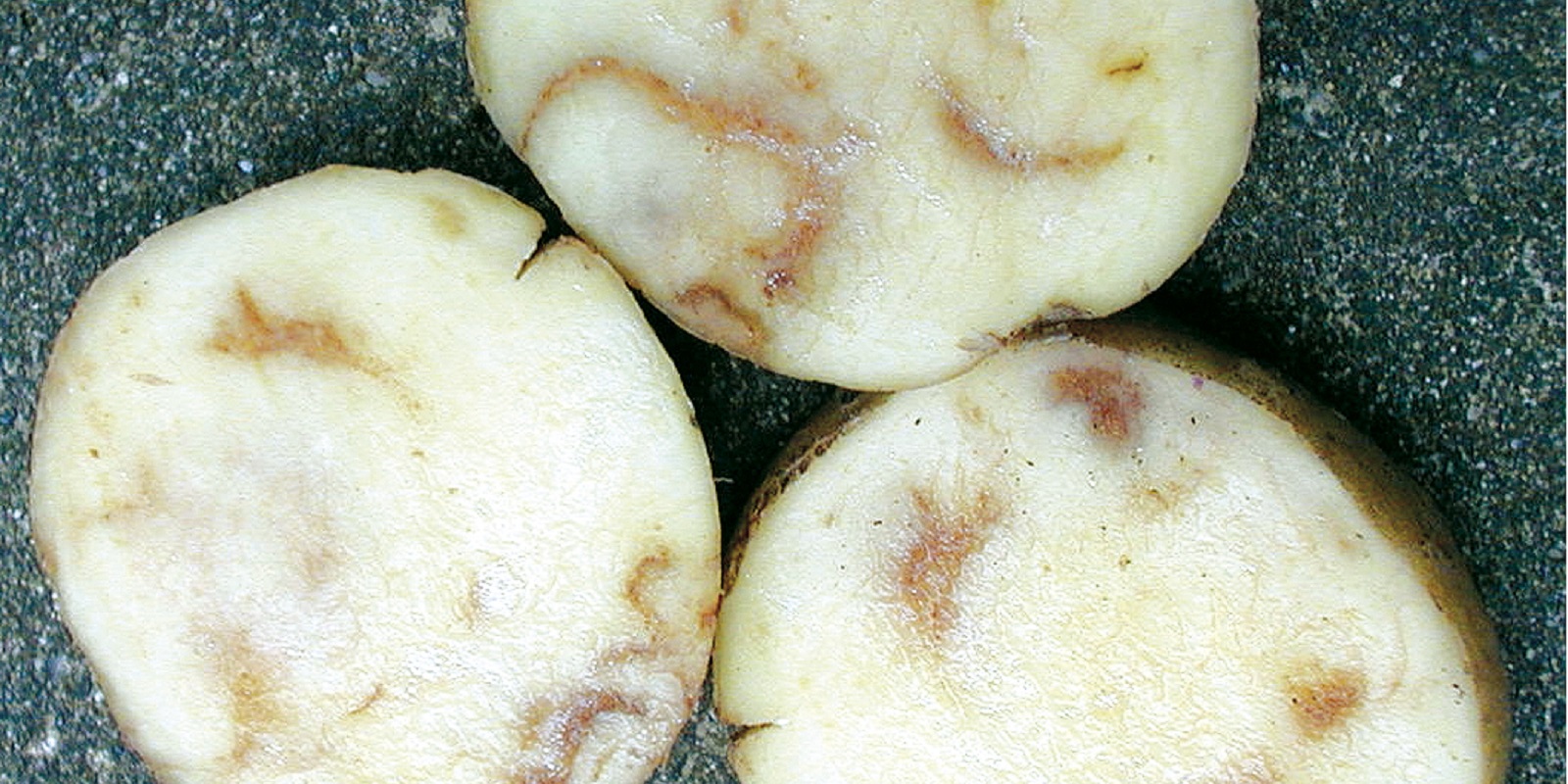 Potato, common weeds such as field pansy, knotgrass, groundsel, chickweed and shepherd's purse can all act as a host to the tobacco rattle virus.

Brown arcs and blotches in the tuber flesh, but there are usually no visible marks on the skin. Plants grown from infected seed do not normally exhibit the disease, but sometimes produce several healthy stems and one stunted stem with yellow mottles, rings or lines on its leaves.

The virus survives in free-living nematodes and is transmitted when they feed on tubers. The virus is not normally transferred to daughter tubers.

Light, sandy or gravelled soils in which nematodes are common, notably in North Norfolk, the Vale of York and the West Midlands.

Infected tubers are unmarketable for ware.