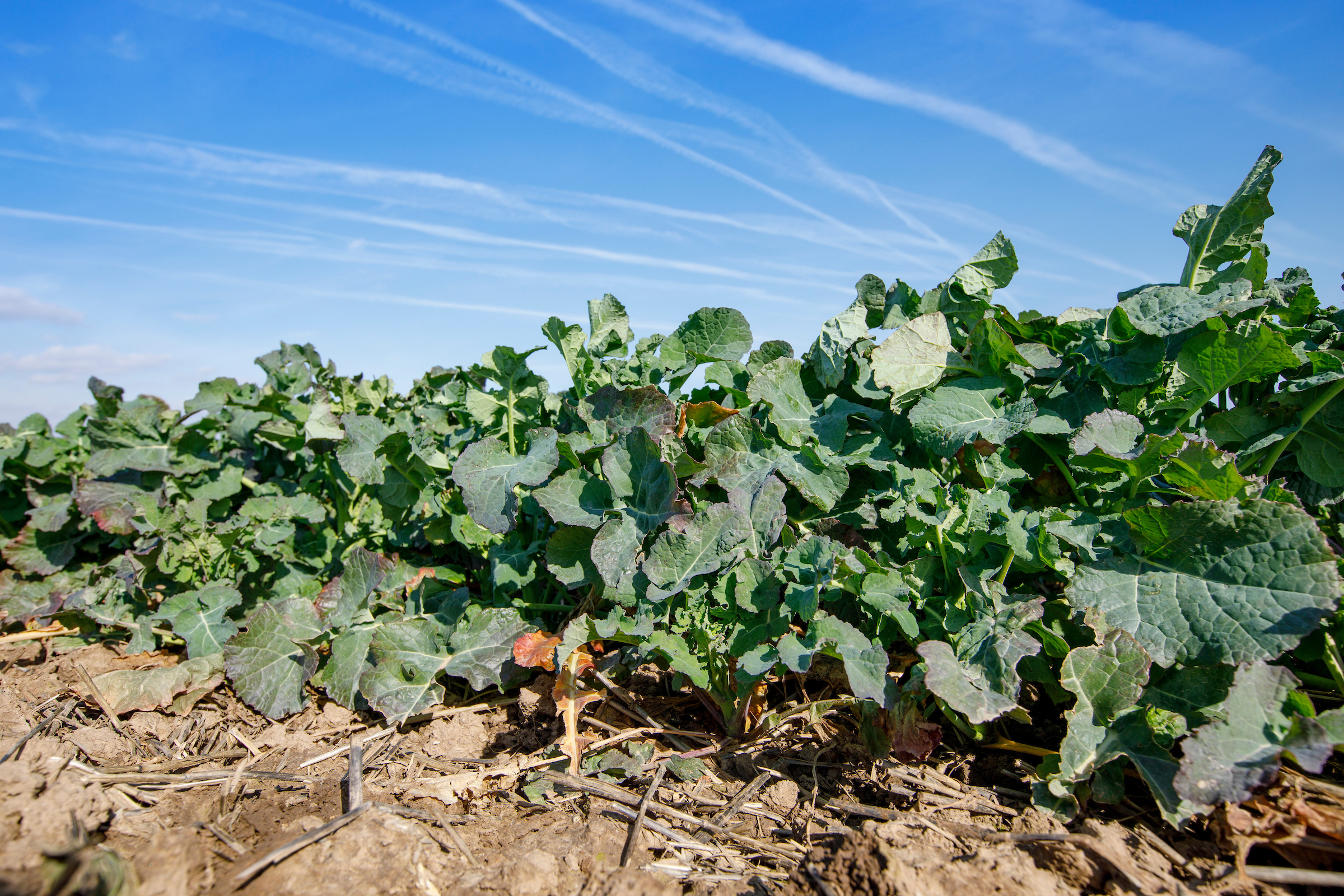 Grazing forward crops with sheep is part of the extra flexibility Staffordshire grower, Rob Atkin, is building into his oilseed rape growing strategy to cope with the increasing and variable environmental uncertainties at Field Hall Farm just outside Uttoxeter.

All 11.4 ha of Mr Atkin’s early August-drilled DK Excited were grazed for a week in mid-November this season, in contrast to most of the farm’s 50 ha of crop that was sown from mid-August and left ungrazed. 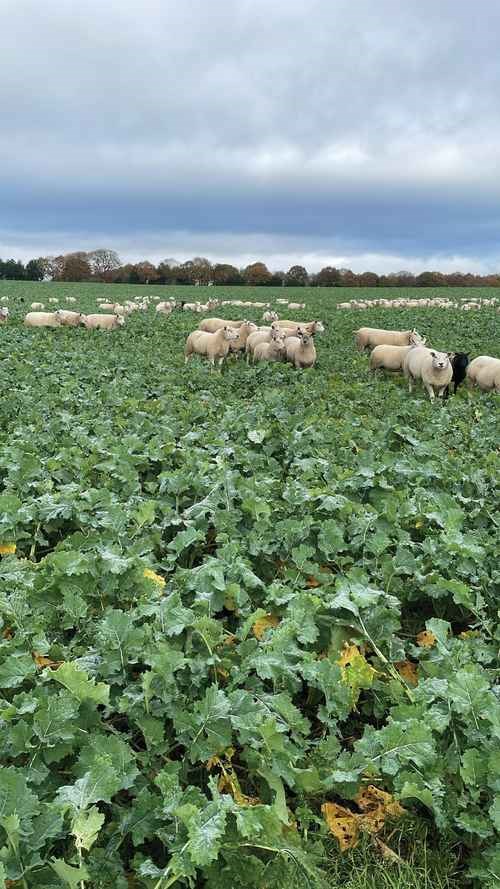 In an agreement with a local shepherd who takes responsibility for fencing and flock management, sheep have been part of the family’s 450 ha mixed arable and beef business for several years; grazing the stubble turnips which continue to be their favourite cover ahead of spring barley. 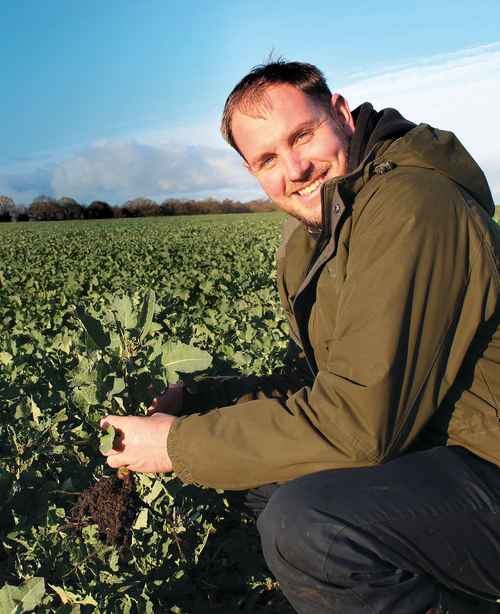 “We wanted to see if we could make better use of the sheep,” explains Mr Atkin, “Continuing to grow winter barley means we’ve been able to move oilseed rape sowing forward to make sure it gets away from the large numbers of game birds we have here, as much as cabbage stem flea beetle. 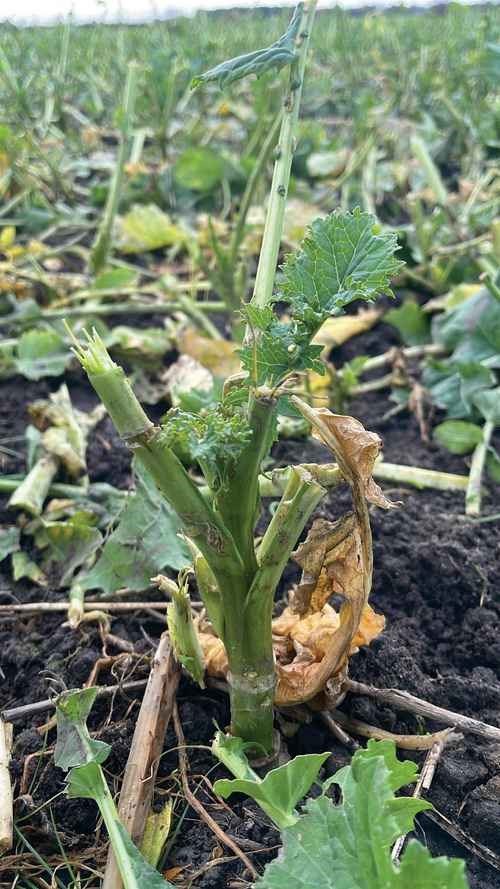 “As well as nursing the crop through its first few critical weeks, leaving a decent length of straw and spreading sewage sludge ahead of rape drilling seems useful in preventing serious beetle damage. Equally valuable are the vigorously establishing, fast-developing DEKALB hybrids we always choose, and the healthier soils we have been building by reducing tillage and adding organic manure every year.”

However, when the farm’s five-year rotation puts oilseed rape on the most fertile ground, this approach, combined with favourable growing conditions over autumn and winter, can mean worryingly over-thick and over-forward canopies, even though crops are only sown at around 40 seeds/m2.

“Which is where the sheep have really been useful, removing almost all of the foliage and with it, we very much hope, early disease and CSFB larvae,” Mr Atkin says.

“They have also opened-up the crop nicely and provided useful extra manure.

“It certainly took courage, and we were very careful to move them on quickly. Immediately after grazing the crop looked pretty bare. It recovered well though, with a better structure going into stem extension than later-sown crops we didn’t graze.”

The spring Green Area Index was much lower than the other crops, leaving less opportunity for nitrogen savings. Even so, healthy soil mineral nitrogen levels enabled rates to be cut around 10% to just under 200 kg N/ha. Better-structured canopies with less residual disease after grazing also enabled worthwhile spring fungicide and growth regulator savings.

Although limited by late frosts and poor summer light levels in 2021, Mr Atkin was very pleased with the 3.9 t/ha achieved from the DK Excited he tried for the first time last year, alongside the 3.8 t/ha of his DK Exalte.

He says the new hybrid’s less rapid speed of leaf development going into winter, together with broad disease and Turnip Yellows Virus resistance, and strong standing power, make it well-suited to earlier drilling. Vigorous spring development is also proving valuable in the wake of winter grazing.

“Rather than going for highest yields, we want a consistent 4 t/ha-plus from our oilseed rape every year with the least possible risk. The most important thing is to get our crops out of the blocks running. They also need the greatest get-up-and-go in the spring.

“As well as vigorous establishment and rapid early development, we reduce risk by choosing varieties with the most robust disease resistance, standing power and pod shatter resistance. That way we are firmly on the front foot and have the greatest flexibility to match our management to whatever the season throws at us.

“We always like to have well-grown oilseed rape going into winter. But we are equally conscious that having it too thick and forward can get in the way of developing the most efficient light-intercepting canopies, and increase light leaf spot and lodging pressures.

“With sheep in our armoury in addition to traditional seed, fertilisation and crop protection tools, it looks like we have a valuable extra risk management tool.”