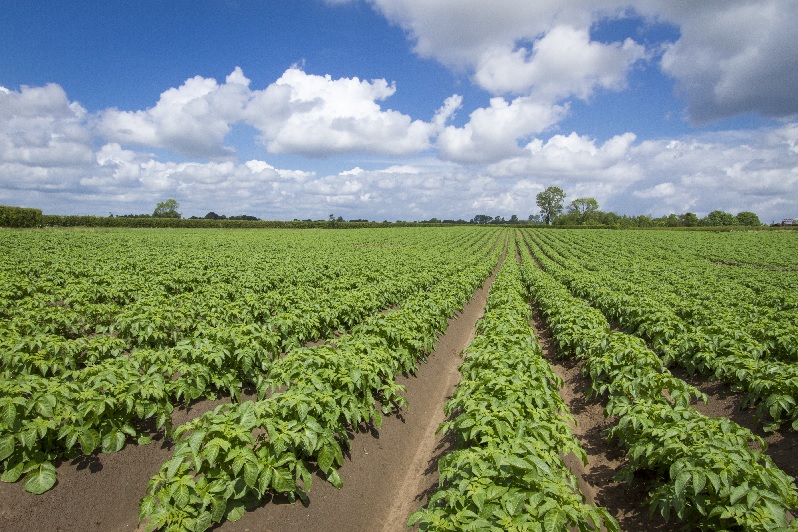 For many growers Alternaria – often referred to as ‘early blight’ given its historical prevalence in early maturing cultivars – is a relatively new threat. It’s also a disease which growers have largely managed to control with little difficulty through the incidental protection afforded by the multi-site fungicide, mancozeb.

The threat to mancozeb’s market authorisation is, however, only one reason to take this disease complex more seriously than it has otherwise been. A warming climate, the spread of more virulent strains, the adoption of more susceptible varieties, and changes in blight fungicide usage are all contributing to a greater incidence of the disease across Great Britain.

The evolving threat posed by both Alternaria species has made it the subject of increasing academic interest. Until recently the focus of many studies has been on screening methods and genetics for resistant varieties with a leaning towards tomato. Potatoes have often been a secondary focus.

The emergence of Alternaria solani strains resistant to strobilurin fungicides across Europe and North America served as the catalyst for new research. A literature review published in 2021 highlighted the challenge facing growers.

Monitoring indicates that SDHI-fungicides show an incomplete cross-resistance pattern in Alternaria species.   For example, isolates showing the sdhB-H278Y mutation were resistant to boscalid (a pyridine-carboxamide) but controlled by other active substances in the same mode of action group such as fluopyram (a pyridinyl-ethyl-benzamide). Fluopyram and prothioconazole form the early blight fungicide, Caligula.

Fungicides are essential to protecting crops, but by their nature they are used to tackle the symptoms. Addressing the causes would reduce the need for fungicides. Crop stress either because of nutrient deficiencies, pest attack such as by potato cyst nematode, compaction and drought have all been found to increase the risk of Alternaria.

Of the main major and minor nutrients, nitrogen has been shown to be the most important. To support plant health, nitrogen applications should be split across two to three timings.  Boron and zinc have been found to be important in maintaining plant resilience. A lack of either results in leaky and unstable cell membranes. The organic compounds released could be a food source for Alternaria species.

Soil texture too has been associated with Alternaria spread. Crops on sandy soils tend to show greater incidence of disease, especially after heavy rain, perhaps due to nutrient deficiency. Rotations tend to be shorter on sandy soils and this may correlate with higher PCN infestations which may in turn result in greater root damage and crop stress. This is pertinent to the 2022 season: a dry start to the growing period and a desire among growers to save on nitrogen may exacerbate the risk of Alternaria in crops.

Irrigation management and cultural controls can reduce disease pressure, but not eliminate it. Where possible, irrigation during cool and cloudy weather should be avoided while passes should be timed to allow sufficient time for the plants to dry before darkness.

Leaving infected plant debris on the soil surface will serve as a reservoir for infection the following season. A. solani, the dominant form of the two strains, can overwinter with or without a host in a broad temperature range (-3 to +21oC) and can survive in the soil for eight to 16 months.

Eliminating host weeds such as black nightshade (Solanum nigrum) has been promoted as a means of reducing the risk of sporulation. The use of this plant as a trap crop for PCN poses a potential issue and may make reducing sources of infection difficult.

Long rotations are accepted as a first step to an integrated programme for the control of many pests and diseases, but as most rotations are already longer than the two years, considered as necessary to reduce the onset of infection, it is difficult to see how much more this management decision can contribute.

Until varieties with better resistance are available, fungicides will remain the most effective means of protecting crops. Experience from North America and Europe indicates the pathogen has the capability to evolve quickly under selection pressure so products containing only a single mode of action should be mixed with a suitable partner to protect performance for the future.

New varieties with broad market appeal and resistance to PCN are the best means of bringing populations under control, but too many growers lack the knowledge or understanding needed to protect land for the long-term.

Expertise advice on managing PCN through 6 key actions for success.

A true nematicide for use in potato and carrot crops.