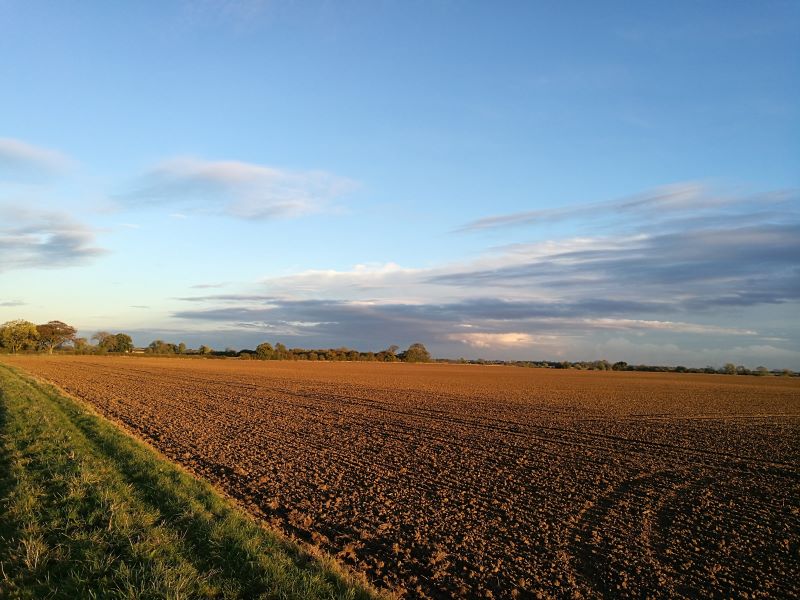 Most growers in the southeast held off wheat drilling in September because it was extremely dry. The exception is perhaps in east Kent, where growers historically drill earlier aiming for 12-13t/ha yields.

But by the middle of October, we were about 80% drilled with winter wheat, with a lot going in around that period.

Maize harvest kicked off for anaerobic digestion plants and mixed farms, so more wheat will follow those crops. I suspect by the beginning of November we will be up to 90% complete.

Oilseed rape is a mixed bag. Some early drilled crops are above knee height and receiving growth regulator in some cases. Then there is a big chunk that went in the last two weeks of August and preceded by two weeks of dry weather that was very slow to get going. But the rain in early October has turned those crops around.

For those drilling in November, you would hope the majority of the grass weed flush would be over, so you’re in a better position to start. But a pre-emergence residual herbicide is still important where there are difficult grass weeds to maximise that advantage.

For this 0.6 L/ha of Liberator (flufenacet + diflufenican) plus a mixer, such as Proclus (aclonifen), pendimethalin or prosulfocarb is a good starting point.

Earlier drilled crops, where grass weed pressure is likely to be higher, could require a residual top up in November. This could consist of 0.3 L/ha of Liberator, if there has been six weeks between a pre-emergence application of the same product, or alternatively Octavian Met or Alternator Met (both flufenacet + diflufenican + metribuzin) which really fit this timing.

Metribuzin is a new mode of action in cereals as of last season, and its strengths lie in that it not just root but also some shoot uptake, so if grass weeds are emerging it should have the advantage over other residuals.

It also brings in some key broadleaved weeds, which have been quite difficult to control in recent seasons, such as groundsel and cranesbill. We’ve also seen good results against sulfonylurea-resistant broadleaved weeds as well.

Both products can be used at 0.5 L/ha up to the end of November.

If you have large numbers of emerged grass weeds, you could also mix in some Atlantis OD (mesosulfuron + iodosulfuron) for extra contact activity.

Hopefully, all the wheat drilled in October has received a pre-emergence by the time you read this, but if not, Liberator plus a mixer, or the metribuzin products plus some additional flufenacet and a mixer are options at peri- or early post-emergence. Remember Proclus is pre-emergence only so cannot be used at this timing.

2. Monitor for aphids and slugs

Slugs are becoming a bit of a problem, so keep an eye out for them, and use an integrated strategy to control. It’s the last year of use for metaldehyde, so if you are using it, make sure you’re using it following the latest guidance to avoid any peaks being found in water.

With the mild weather in October, aphids transmitting barley yellow dwarf virus could threaten in November. Use AHDB’s T-Sum calculator to judge when to monitor and potentially spray crops at risk.

3. Use SpotCheck to help monitor for light leaf spot

Phoma, so far, hasn’t been mentioned much as an issue this season in oilseed rape, despite conditions being quite favourable for the disease. I’d put that down to varieties now having strong resistance on the whole.

The main attention will be on light leaf spot in November. Just as a word of warning, last year our SpotCheck service found light leaf spot in crops as early as October. That service is running again – register here to be sent a sample kit.

It’s really useful if you are unsure whether your crop is harbouring any light leaf spot or any other oilseed rape disease. It’s a difficult disease to detect, and using the service to understand whether there is any latent disease in your crop, potentially weeks before symptoms are visible in the crop.

The benefit of this is that we know the chemistry works much better in more protectant scenarios. Our recommendation for light leaf spot would be either Proline (0.46 L/ha) or 0.5 L/ha of Aviator (bixafen + prothioconazole). The latter has been shown to have greater benefit in controlling light leaf spot, alongside Phoma and powdery mildew.

4. Plan for when to terminate cover crops

Cover crops are becoming more and more popular, especially ahead of spring crops. As with oilseed rape where cover crops went into moisture and there was warm weather following drilling, they’ve got away well.

Looking ahead, it’s important to decide on a strategy for how and when to terminate. There are various options, depending on what species are in the mix. Covers with just buckwheat and / or phacelia are not winter hardy, so a decent frost should be enough to knock these on the head.

However, a lot of mixes contain cereals, vetches and brassicas which will require intervention, either mechanical or spraying with glyphosate. The quickest method would be mechanical – flail and disc in. Depending on set up you could even pull out the plough but most will be using covers to drill straight into rather than any deep tillage.

There’s also the option to welcome flying flocks of sheep to mob graze fields, but be careful to prevent any damage through soil compaction.

If you go down the route of chemical destruction by glyphosate, important things to consider are which species you are targeting, and using the optimum rate for the hardest to kill species. Spraying will be when temperatures are cool, so leave around six weeks for good die back and for the ground to dry, before drilling a spring crop.