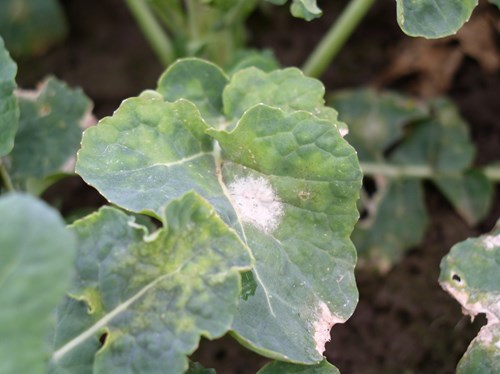 The oilseed rape area in the north could be up by as much as 15-20% based on conversations I’ve had. The increase is based on some decent crops last season giving more confidence, and the price – with it that high it is a hard crop to ignore.

Around 90% of the crop was drilled before the August bank holiday, with a few later ones. On the whole it is looking pretty good. The hot weather in early September brought more cabbage stem flea beetle and some reports of damage but nothing widespread.

Further north in Country Durham and South Northumberland area wheat was being drilled in early September, but where the grassweed burden is much lower. Those crops are starting to emerge.

But the vast majority of the early drilled crops have only just gone in as we approach the last week of September. Winter barley and rye was also being drilled at this time.

1. Apply pre-emergence herbicides within 48 hours of drilling if possible

Delayed drilling seems to have become a bit less common in the north. It’s a trade-off between getting caught out in the last two seasons and not being able to get crops in, and holding off to get a stale seedbed and manage grassweeds more effectively. Generally, farmers are itching to get on.

There will be some fields where delayed drilling is used to help manage high black-grass and ryegrass populations.

Where grassweeds are an issue, then a good pre-emergence residual stack applied within 48 hours will provide the best efficacy. Liberator (flufenacet + diflufenican) + Proclus (aclonifen) provides three different modes of action and offers good control of both black-grass, which is more of a threat in East Yorkshire and the ryegrass more often seen in West Yorkshire in wheat.

In areas of high weed burden, adding in or sequencing triallate or pendimethalin, are also options to boost control, but be aware of crop safety with these large stacks.

In winter barley, Proclus is not an option, so the tank mix partner for Liberator tend to be either pendimethalin or prosulfocarb.

Where crops were drilled in September, generally it has been into good seedbeds, although as we approached the end of the month a drop of rain wouldn’t have gone amiss, especially for the crops only just drilled.

Hopefully those September drilled crops will have received a pre-emergence herbicide. As weeds start to emerge, or in higher pressure grassweed situations a top up residual with a little contact activity might be needed.

The metribuzin-containing products Alternator Met and Octavian Met (flufenacet + diflufenican + metribuzin) are good options providing additional broadleaf weed activity, such as against cranesbill and groundsel, as well as against grassweeds. From 1 October the maximum dose is 0.5 L/ha and can be used in either wheat or winter barley.

I haven’t heard any reports of disease in oilseed rape yet, but it is early.

Early drilled crops are likely to have reduced risk from Phoma because it takes longer for the leaf infection to travel to the petiole and into the stem in larger crops. Smaller, later drilled crops, especially varieties with lower varietal resistance could be more of a risk.

Light leaf spot tends to be more of a threat, but can be difficult to diagnose. Our free SpotCheck service is a good way of checking out whether there is any light leaf spot or other diseases coming into crops. You can register from 1 October to receive a sample pack at cropscience.bayer.co.uk/bayer-spotcheck.

If you do find disease that needs treating, Aviator (bixafen + prothioconazole) is a good choice which will control both diseases. It has a mix of actives with the SDHI and azole both having activity against the diseases, performed well in trials, and has the added bonus of being rainfast in minutes, which is useful in catchy autumn weather.