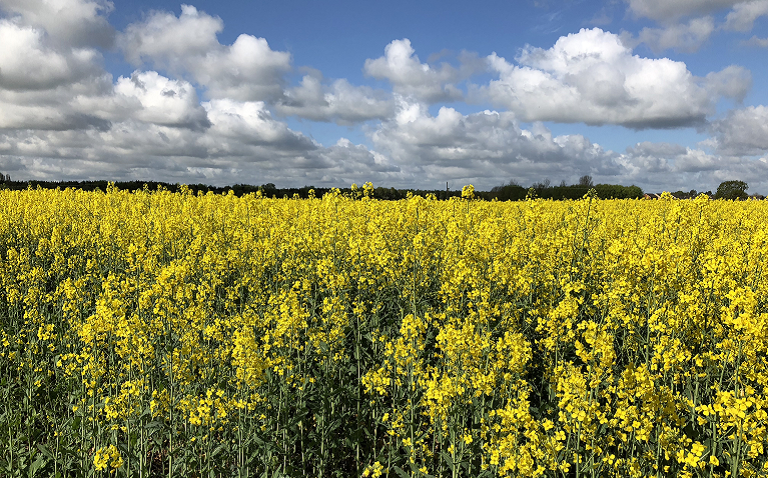 Oilseed rape performance has bounced back in a major way this season at Braemore Estate in Hampshire. Indeed, the 4t/ha manager, David Northway has just brought in from his 52ha of DK Exsteel is almost exactly double the 2t/ha farm average of last harvest.

“We put our entire area into Exsteel this time round after the 20ha we tried last year averaged a good tonne more than the bulk of the rest of our 92ha of other varieties,” he explains. “We particularly appreciated its much better autumn and spring development and impressive pod shatter resistance. Once again, it certainly hasn’t disappointed.”

Drilled into reasonably long spring barley stubble at around 40 seeds/m2 in the third week of August with a specialist seedbed fertiliser, it emerged rapidly in much better moisture conditions than 2019 to grow away strongly from a noticeably lower flea beetle threat. Despite ‘decidedly marginal’ arable soils, the quality and evenness of the crop’s establishment drew very favourable comments locally.

“Quick growth even in the cold, dry spring allowed the crop to pull away well and give us a nicely-structured canopy at flowering,” Mr Northway adds. “However, the generally cool, wet summer prevented it delivering fully on its promise. Overall, it did as well as the season allowed, which is all we can ask.”

Unsurprisingly, DK Exsteel is his first choice again this autumn as he pushes the estate’s winter rape area back up to almost 100ha, complemented with TuYV-resistant DK Expectation to spread any risk. At the same, he is running a trial with several companion crop options, sown in alternate 16.7cm rows with the OSR using the Horsch Avatar he is considering as his primary no-till tool for the future.

DK Exsteel is a very high yielding hybrid and excellent agronomy package that makes it especially consistent in its performance in the field.