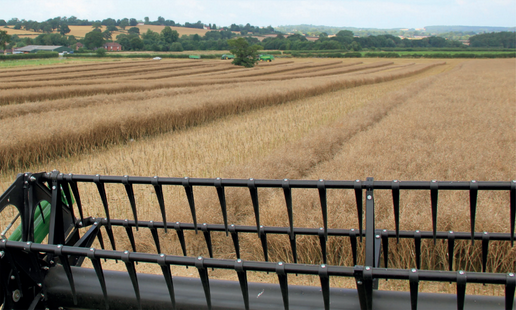 Strip trials in the Vale of Evesham saw the variety which doesn’t carry the TuYV trait out- yield the resistant Recommended List leader by more than 20%, with farm favourite DK Expedient 8% ahead.

Yields averaging 3.6t/ha across the farm’s full 30ha crop of DK Expedient were rather, disappointing given good even establishment, winter survival and flowering. However, they were noticeably better than last season even with OSR still being grown one year in every four, 15 hard frosts in April and obvious pod
midge damage.

The farm team was especially impressed with the extra get-up-and-go of DK Extremus as a step-on for the future even compared to the very fast development of DK Expedient, with DEKALB pod shatter resistance continuing to be much appreciated.

Across more than 1.5ha of better conditions in Suffolk, DK Extremus also stood out at the top of the trial with an average of 4.38t/ha, out-performing the TuYV-resistant control by a good 8%, while first choice early driller, DK Exstar did so by 2%.

“These results confirm that, while useful, the Turnip Yellows Virus resistance trait is by no means essential for the best performance,” says DEKALB trials manager, Richard Williams.

“We have long found that EX hybrids, selected and tested completely untreated in challenging environments, can out-perform the best TuYV varieties even without the trait. This is because they have strong tolerances to key environmental pressures we regard as fundamentals of resilience alongside DEKALB yield-protecting traits.”

Oilseed rape performance has bounced back in a major way this season at Braemore Estate in Hampshire with 52ha of DK Exsteel yielding almost exactly double the 2t/ha farm average of last harvest.

“We put our entire area into DK Exsteel this time round after the 20ha we tried last year averaged a good tonne more than the bulk of the rest of our 92ha of other varieties,” explains manager, David Northway. “We particularly appreciated its much better autumn and spring development and impressive pod shatter resistance. Once again, it hasn’t disappointed.

Drilled into reasonably long spring barley stubble at around 40 seeds/m2 in the third week of August with a specialist seedbed fertiliser, it emerged rapidly in much better moisture conditions than 2019 to grow away strongly from a noticeably lower flea beetle threat.

“Quick growth even in the cold, dry spring allowed the crop to pull away well and give us a nicely-structured canopy,” Mr Northway adds.

“Overall, it did as well as the season allowed, which is all we can ask. DK Exsteel is our first choice again this autumn as we push our winter rape area back up to nearly 100ha, complemented with TuYV-resistant, DK Expectation to spread our risk.

DK Excited is showing the value of adding TuYV resistance to the robust package of DEKALB yield-protecting traits throughout Europe this season.

Nowhere is this more apparent than in its performance in the first 10 sites to be harvested in official 2020/21 Polish national trials, extending to 66 varieties – including five at or near top of the 20210/22 UK Recommended List.

The only variety to average more than 6.0t/ha in the trial series, DK Excited is topping the table, delivering 115% of the 5.28t/ha trial mean.

What’s more, it is underlining its position by out-performing the current UK Recommended List leader by fully 6% overall as well as at no less than seven of the 10 individual sites.

“Robustness is the reason we’ve always been excited by DK Excited,” says DEKALB breeder Matthew Clarke. “And it certainly seems to be paying off.”