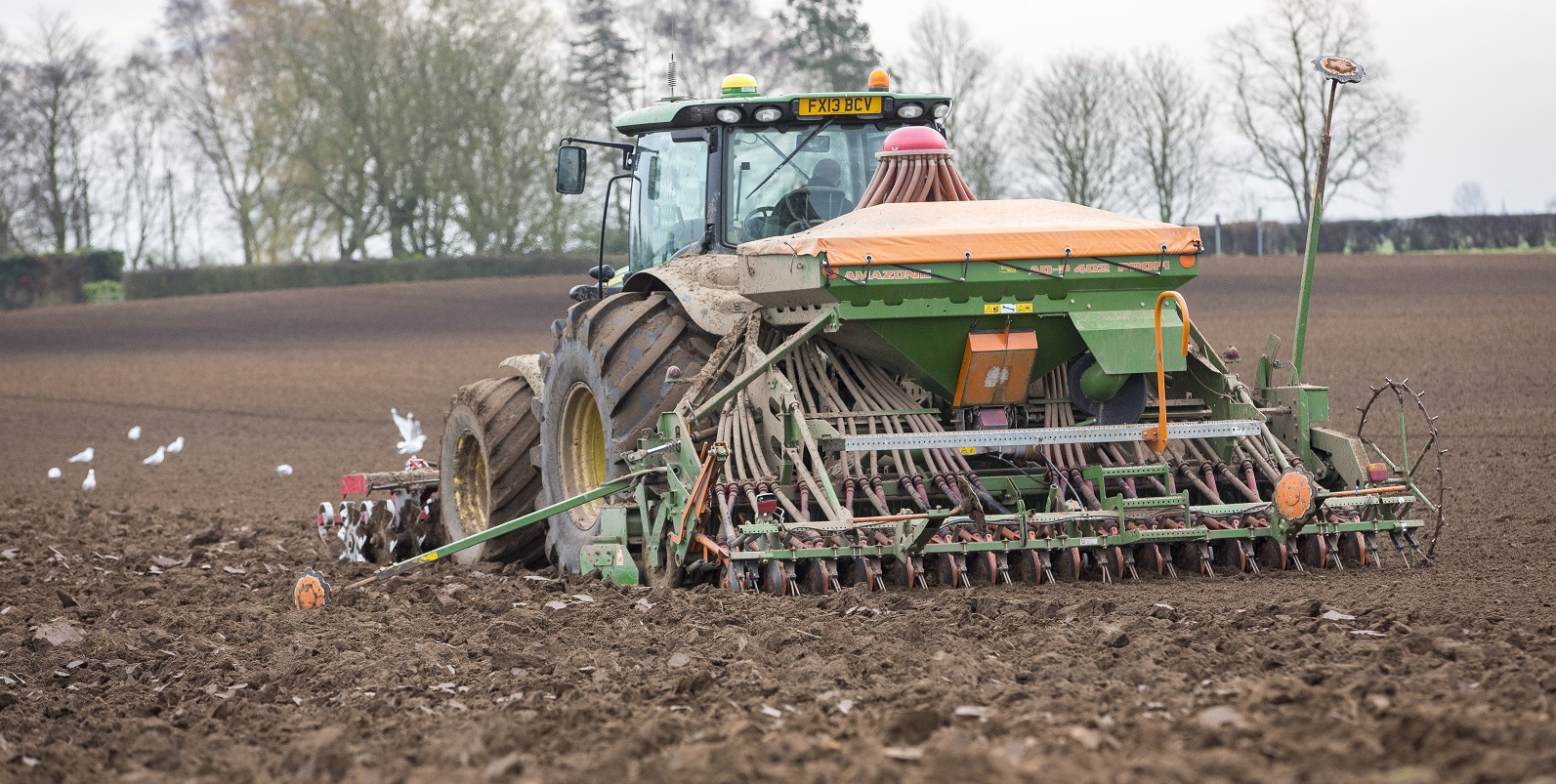 Memories of the wet and woeful autumn of 2019 will be slow to fade from the minds of many farmers, which may explain why some have decided to drill earlier than usual this year, despite the trade-off in terms of weed control and increased risk of disease.

We catch up with Andrew Barr, who farms 450ha in central Kent in conjunction with his brother, to hear how is crops are looking as we enter winter. Andrew confessed to going early, in order to avoid a repeat of 2019.

A & A Barr Farms embraced minimum tillage 20 years ago, and Andrew has been direct drilling his crops for the past 10 years. The rotation currently includes winter wheat, spring barley, winter beans, winter barley, spring peas, oilseed rape and grass as a break crop.

According to Andrew, this season was a case of Déjà vu.

“In similar circumstances to 2019, we went into autumn with very dry soils in September, and when the rain came in early October it didn’t stop,” he explains.

In previous years, Andrew has drilled his winter wheat in October and November, and achieved good black-grass control. However, with worries about the weather, Andrew, like other farmers in the south of England, decided to put up with grass-weeds and concentrate on getting crops in the ground.

On his rented lighter land, crops struggle to get properly rooted if they are drilled late, and last year’s wet winter followed by a dry spring significantly reduced yields. So, Andrew started drilling his light land early, on 20 September, opting for winter wheat and winter barley varieties with BYDV resistance to mitigate some of the risks from virus transmission in early-drilled crops.

“We went early this year,” Andrew admits. “On our owned land we started in late September, far earlier than we have done for many years. Rain at the beginning of October paused drilling for a while, but we managed to get the second wheats in by the 12th October.”

He says he’s glad they decided to go early, despite the strong arguments against doing so for grass-weed control and reducing risk of disease.

“The crops have been growing like mad in the warm and wet weather,” he says. “Unfortunately though, because the rain followed straight after we finished drilling, we ran out of time to get pre-emergence herbicides on.”

Instead, Andrew applied a residual herbicide at peri- and post-emergence timings.

Despite the risky early drilling and wet weather, the wheat is looking good. Andrew is sure that it would have been a different story if he’d waited longer to drill.

“Black-grass is our main grass-weed issue, followed by brome. Last year was a low black-grass year, but we still have more than we would like. We’re trying to cut our herbicide inputs but it’s essential for black-grass control. We’ve added spring crops and grass leys to the rotation to try to help reduce the weed burden.”

In Kent, the late summer and early autumn can be very dry, which makes stale seedbeds tricky to achieve without sufficient rain. However, after playing around with different pieces of equipment over the years, Andrew has found a system that works.

He says, “On fields where wheat will follow oilseed rape we use a Vaderstad CrossCutter Disc, working to 1-2cm depth to just disturb the surface. It means that even in the absence of rain we usually get some black-grass chit, and we have enough time to get a couple of stale seedbeds done before drilling. It also adds good IPM control of slugs.”

This season will be the first that Andrew will have to apply a contact herbicide to his wheat, and he’ll top up with additional residual at the same time, ideally before Christmas.

Barley yellow dwarf virus (BYDV) was a risk given the early drilling date and Andrew saw quite a lot of aphids early on in the autumn, especially on volunteers.

This is the second autumn without Redigo Deter seed treatment, so he was alert to the risk of virus transmission from aphids. Fortunately, the late-autumn weather wasn’t conducive to aphid populations and he hasn’t had to spray, which was a relief given he hasn’t sprayed an autumn insecticide for 12 years. He’s currently looking at alternative options for aphid control, that will also allow him to protect beneficial insects.

Looking ahead to the new year, early spring activities will include an early growth regulator and nutrients, depending on the results of soil analysis and tissue tests. Andrew hasn’t applied a T0 for a long time, and instead relies on using resistant varieties for early disease control.

Andrew says that on balance the crops are looking better than they did this time last year, and he has got more wheat in the ground, which will help protect his margins.

“It’s early days. We need to look after the crop and control the grass-weeds, but we’re optimistic at the moment. Spring and summer weather will play a large part, especially if we get another drought, since the light land really suffers,” he concludes.

Top tips for the season from Bayer

Bayer’s Commercial Technical Manager Richard Prankerd says that a lot of growers will share Andrew’s experiences and concerns about getting crops in this autumn.

“However, most cereal crops will be in before the new year, which is a significant improvement on 2019. Growers will be breathing a sigh of relief,” says Richard.

“In general, weed control has been good this autumn, with a lot of growers able to achieve stale seedbeds and get pre-emergence herbicides on. Where they haven’t got a residual on, there is still time to apply a contact spray. Timing will be crucial though, with weeds needing to be actively growing for best effect with products like Atlantis OD.

“Levels of disease in crops have been relatively low so far, but yellow rust is one to watch and we’re already seeing it come into some crops in the south and west, and on volunteers. These autumn infections will give a good indication of what disease levels growers will face come the spring. T1 and T2 timings will be crucial to keep crops clean and protect yield.”

Proclus is a pre-emergence herbicide for the control of black-grass and a range of annual broad-leaved weeds in winter wheat.

Andrew Harker has a simple objective: to farm profitably without reliance on direct payments. Fulfilling this ambition, however, is proving to be far from easy.

Italian ryegrass problems are growing across the country, according to the latest in a 20-year series of national grassweed management studies. Noticeable increases in resistance have also been seen in the past four years, in particular.