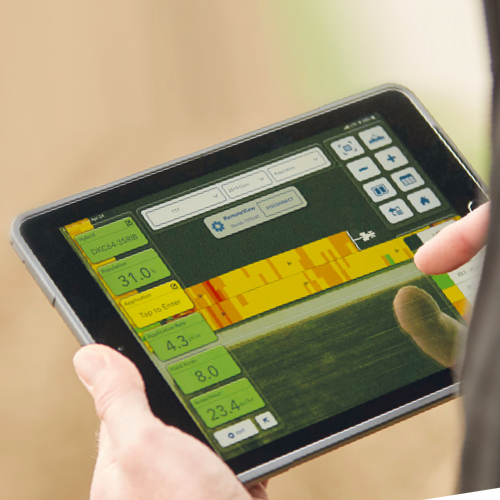 The latest farm technology and a farmer’s enthusiasm has inspired the latest group of FW apprentices to fulfil a career in agriculture.

Former FW Farmer Of The Year Robert Neill of Upper Nisbet Farm hosted the ten apprentices for a week-long series of farming tasks. One apprentice who originally wanted a career in the veterinary profession has now signed up on an agronomist trainee course.

Mr Neill was delighted by their response, which he describes as ‘hugely enthusiastic’. “I wanted the week to reflect my farming life so each task was based on real experiences here at Upper Nisbet Farm. This included livestock and arable functions, and machinery handling. Also, I was happy to put our farm finances on the line by asking them to select and trim cattle for market – any profit or loss being down to them. Fortunately, it turned out good.”

One task was for the apprentices was to identify the most profitable part of a field of spring barley, prior to it being harvested. After a demonstration of Bayer’s Climate FieldView the apprentices were split into two groups, with team members divided into office and field-based tasks.

Mr Neill supplied the office-based team with field health data collected through Climate FieldView throughout the season. After analysing the data, the office teams then dropped scouting pins for those in the field to ground truth via the use of a drone and inspections of the field areas. These were then uploaded onto the Climate FieldView app for each group to make their decision. 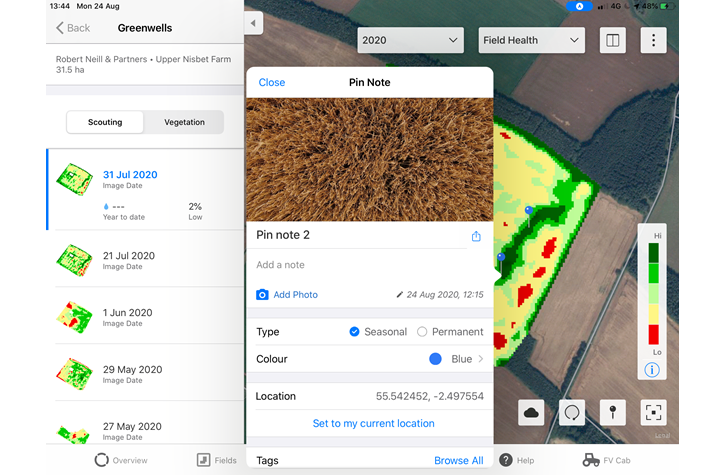 Interestingly, both groups identified the most profitable part of the field. Tasked with choosing a winning team, Mr Neill selected the team that achieved that the quickest. “The technology simply blew them away. As the combine passed through the field, real time yield data was being passed via the Climate FieldView app. They also had a look at Massey Ferguson’s new Ideal 8 combine. There was some exceptional technology on display.”

The most productive area of the field of Diablo peaked at 8.7t/ha, with the field averaging 8.0 t/ha. Mr Neill was pleased with that in what was a challenging season, although rotational benefits and plenty of FYM from a mixed enterprise helped.

But both groups also wanted to see the poorer parts of the field, so they reviewed areas with lower crop biomass. Bayer’s Max Dafforn says this is a great asset with Climate FieldView. “Field health maps aren’t just there to identify the best parts of a field. It allows growers to see ground conditions across entire field and farm area. This insight allows for in-season remedial action to be taken or can be utilised when considering overall farm strategy. Farmers can investigate what are the limiting factors in these poor areas and question whether they are economical to farm.”

After strong grower feedback this year Bayer is looking to increase the number of Climate FieldView trialists for the 20/21season, something Mr Neill is considering. “Technology is now part of farming life. It doesn’t matter if it is tag and test for BVD, tractor telematics or enhanced field data via Climate FieldView, all are giving us layers of information to improve decision making.” 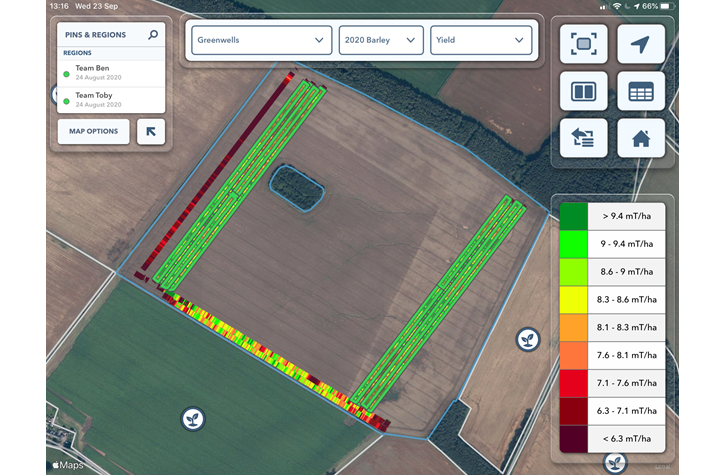 He believes such advances in agriculture make it an exciting time to be starting a career in the sector. “With farming you can experience cutting edge IT but without being constrained to an office. It is great to see new blood coming into the industry and I hope all of the apprentices go on to have rewarding careers in farming. It was a delight to have them here at Upper Nisbet Farm and share our farming experiences with them,” he concludes.

FieldView is Bayer’s digital farming platform that helps you to maximise your productivity. FieldView unlocks the real power of your farm data – bringing it to life interactively on one screen and in real time.

Building a dataset from the farm that will enable more informed decision-making about variable seed rate applications and input decisions was the primary driver for Lincolnshire Wolds farm business RM Cottingham to trial Climate FieldView.