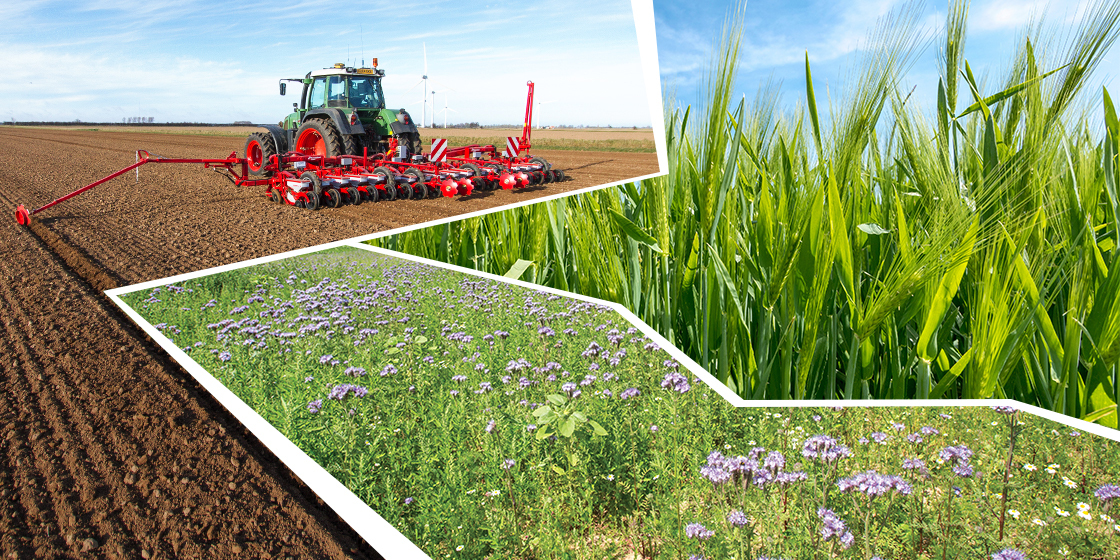 Key messages from our BGTF farms

On each BGTF farm, a focus field is being monitored closely throughout the project with advice from independent specialists on how to manage it.

Around 70% of the farm has a black-grass problem; initially on the very variable fen skirt soils, but in recent years it has become more problematic on the Hanslope series highland clay at Abbots Ripton. The BGTF trial is in one of these clay fields that has seen black-grass increase to unsustainable levels.

Black-grass is not a major problem, but small amounts are present in many fields. Mr Williamson and Mr Giles have proactively managed grass weeds for many years but are aware black-grass can quickly get out of hand.

To better understand the situation in each field, black-grass headcounts were completed and NIAB’s John Cussans conducted a seedbank analysis.

The Shropshire site has a low black-grass population across the whole field at 2.2 heads/m2, but one area is much higher with headcounts of 10–30/m2 recorded in June 2019.

The seedbank is approximately 200 seeds/m2, so even though the Shropshire site looks clean, black-grass is present, justifying Mr Williamson’s concern.

Both farms grew winter wheat in the focus field in 2018/19 and a spring barley crop in 2019/20. At Abbot’s Ripton, barley was chosen because it had previously given effective black-grass control, whereas in Shropshire it was chosen over oats to meet a malting contract.

“We have started growing more spring crops because of problems with weeds including black-grass. Double spring cropping means we get good weed control before two crops where it is harder to control, especially because we tend to drill wheat by the first week of October,” says Mr Williamson.

“I understand the case for late drilling for black-grass and BYDV control, which works in other parts of the country, but on this farm and soil type it has never worked well.

“Black-grass is in patches, so I prefer the whole field to be drilled at the economic optimum for wheat and deal with patches by rogueing or even spraying out; it’s better than having a whole crop poorly established or not drilled at all like last autumn.”

The 2020/21 plan is for both focus fields to grow spring barley again. In Shropshire, this will be followed by oilseed rape in line with the rotation. At Abbot’s Ripton, the longer-term rotational plan is unclear because of black-grass levels.

“Even after two years spring cropping, the seedbank will still be enormous,” says Mr Cussans. “It shouldn’t be a question of how soon to go back to winter wheat, but what is a sustainable rotation for this field?”

Mr Waters agrees “This field will return to winter cropping when ready, we are not following a set timetable. Also, we sometimes get obsessed with winter wheat, but a good spring barley crop at 7–7.5 tonnes/ha can be just as profitable if you get it right, which we aim to do consistently with the help of this project.”

At Abbots Ripton, a 4ha trial strip of phacelia, vetch and black-oats was drilled on 25 August in the middle of the focus field to improve soil condition and buildorganic matter, with the aim of improving barley establishment and black-grass control.

Sodden ground meant the cover was not sprayed-off until 6 March, with barley sown three weeks later. Barley establishment in the cover crop area was poor, so black-grass was more problematic due to lower competition. But the cover crop did improve soil condition and structure.

The late spray-off date was one factor in the poor barley establishment after the cover crop strip because the dying canopy retained moisture making the surface wetter than ideal. But the main issue seems to be including black-oats in the mix.

Soils and cultivation specialist Philip Wright says, “Black-oats are brilliant at structuring soil, but have to be killed early; the rooting benefit is still there but with no downside,”

“When we dug inspection pits in the field, the soil was better in the cover crop area. There is now a very open structure with no constraints to rooting compared with the rest of the field which has a tighter structure but is in fairly good condition considering the season.”

If oilseed rape isn’t planned in the rotation, a deep-rooting brassica could be an alternative to black-oats.

“Last year we drilled phacelia, vetch, buckwheat and spring beans on 30 August which is too late. Only beans established, but by spring there was quite a bit of cover along with some cereal volunteers.” As the crop was fairly thin, it was sprayed-off and drilled three days later at the end of March.

“A lot of the benefit of a cover is below the surface. Above ground it didn’t look much, but this cover did help with rooting, protected the soil, and kept it biologically-active after a terribly wet autumn and winter.”

Mr Wright thinks that barring a wet harvest, compaction is only likely to be a problem on headlands.

“At both farms, ‘less is more’ is the message for cultivation this season. Soils are in relatively good condition to be drilled with a cover after harvest. Any deep loosening work should be targeted because it isn’t necessary on large parts of the field.”

The Shropshire site plans to use the cover crop as an indicator of soil condition by looking at surface cover and rooting. Any compacted areas will be loosened using a sward lifter through the growing cover.

To manage risks from delayed harvest, Mr Williamson has two options for cover crops. If he can drill by mid-August, he will use the same mix as last year. Any later, and he will switch to just spring beans as they proved successful even in last year’s wet autumn. To learn more about what the cover crop does, he will leave a strip unsown to compare.