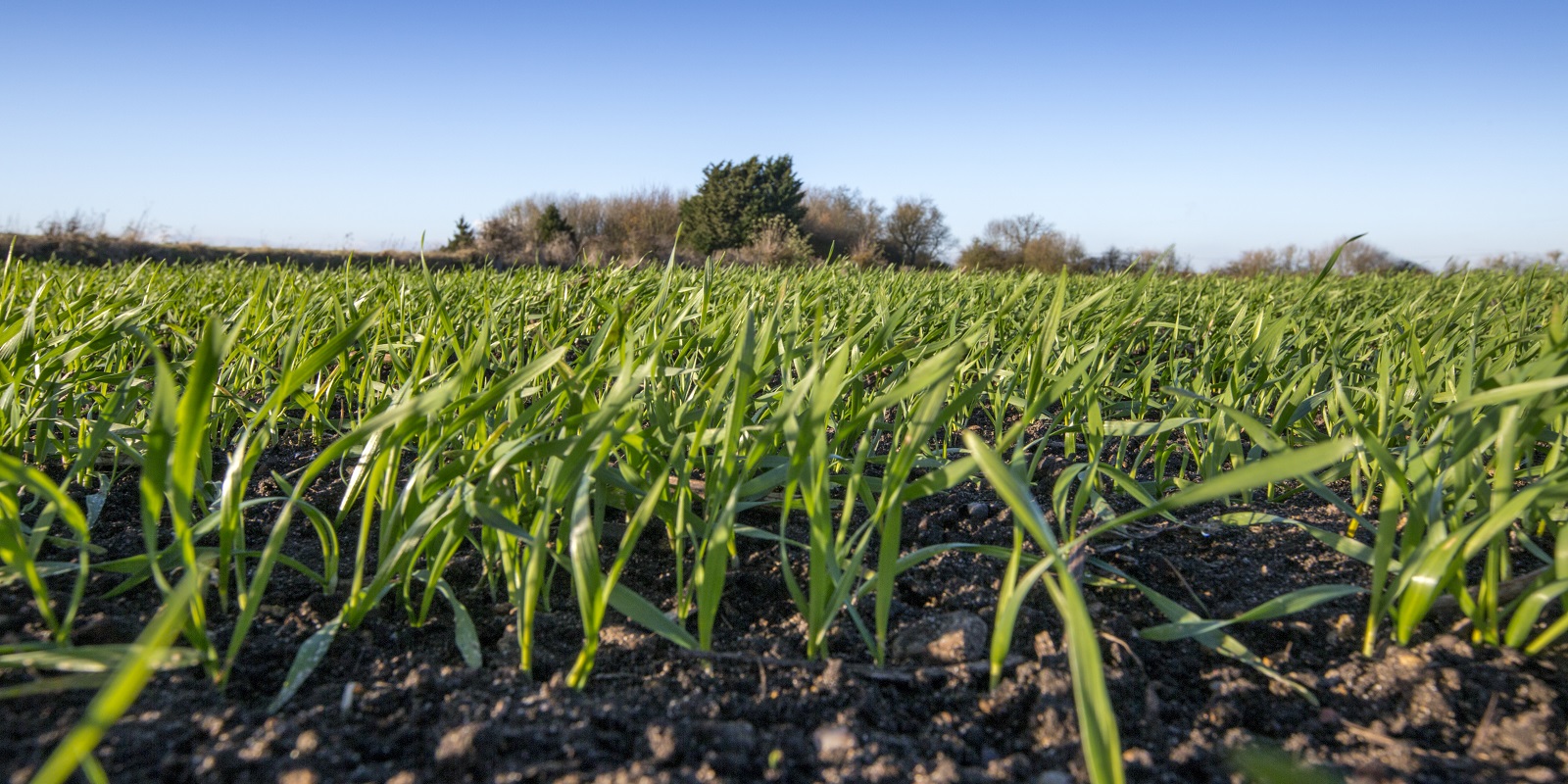 How to measure the seedbank

To learn more about the seedbank, Bayer asked NIAB to carry out a seedbank analysis at the two Black-Grass Task Force in Action farms in Shropshire and Cambridgeshire. The research looks at the quantity of black-grass and other weeds at four depths in the soil profile (0–5cm, 5–10cm, 10–15cm, 15–25cm). Preliminary results from the research are already available and they have important things to say about cultivation and black-grass management.

John Cussans of NIAB led the research and thinks the results underline the message that there are many more weeds in the seedbank than you can see in the field. “Old published work suggests that 5% is a good overall estimate for how much of the total weed population can be assessed as seedlings with 95% being in the seedbank. The results show this is broadly correct but that there are significant differences between establishment systems.”

“Mr Williamson uses a Sky drill to establish crops, it’s not a no-till system but has relatively little disturbance and mixing of seed into the soil profile. In Cambridgeshire, Mr Drinkwater has a more conventional non-inversion system that does mix the soil profile and stimulate more weed seeds to germinate in the established crop. I think the establishment method has an effect on seed germination, especially when we look at what happens in the surface layer of 0-5cm where the seeds germinate.” 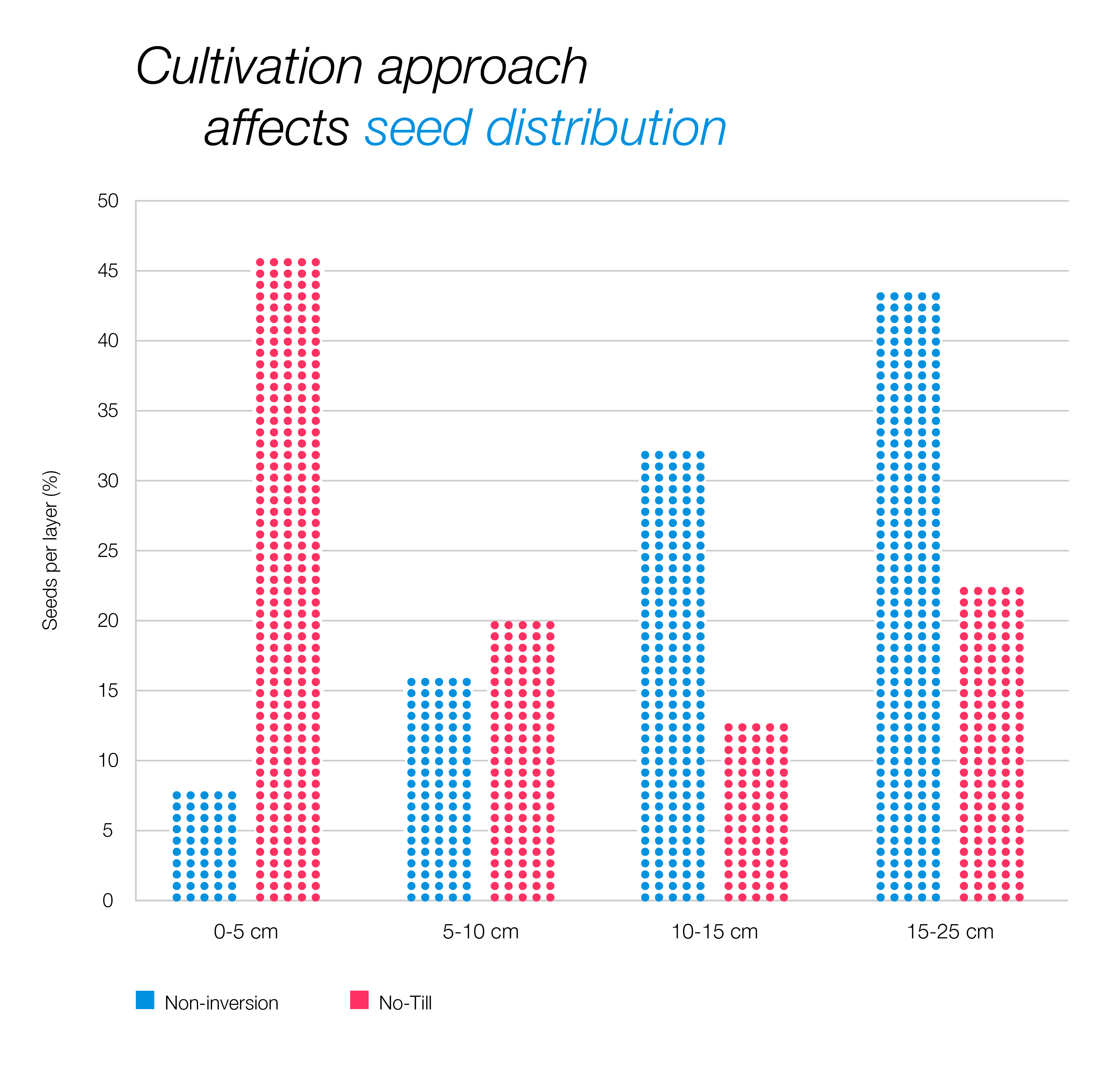 Looking just at the potential reservoir of seeds in the top 5cm of the soil (seeds buried deeper can survive but are unlikely to germinate and become a problem in the current crop); after using the low disturbance Sky drill, 13% of these seeds germinated at the Shropshire site but Paul Drinkwater’s system with much more disturbance caused 24% of that potential population to germinate. “The difference in seedling ‘recruitment’ is significant. Other work we have done at the NIAB Hardwick site shows a similar trend with 2–3 times lower seedling recruitment when using a no-till drill. But it’s important to remember that a no-till system has more seed in the surface soil so lower recruitment doesn’t necessarily fewer black-grass plants in one season.” 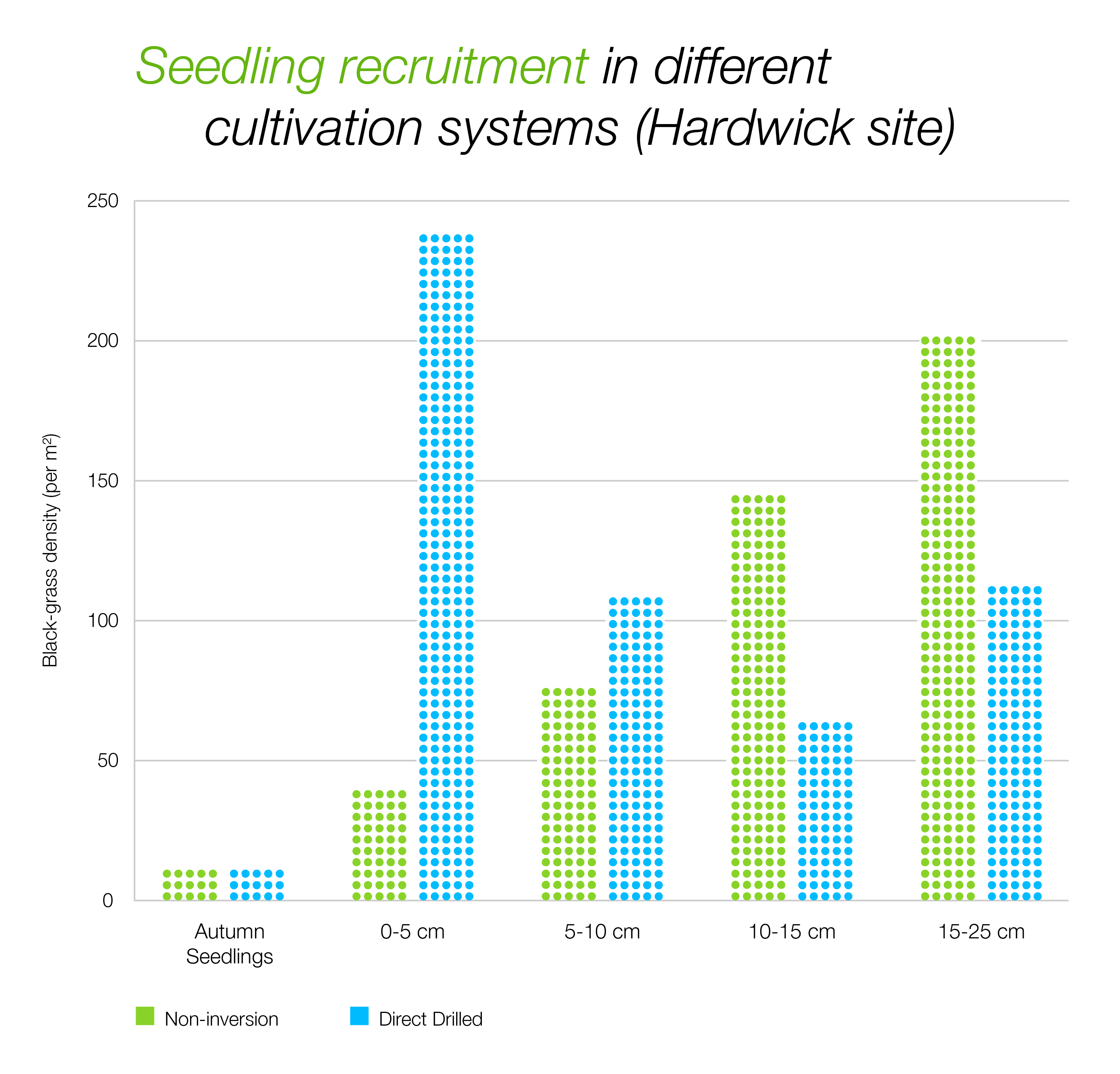 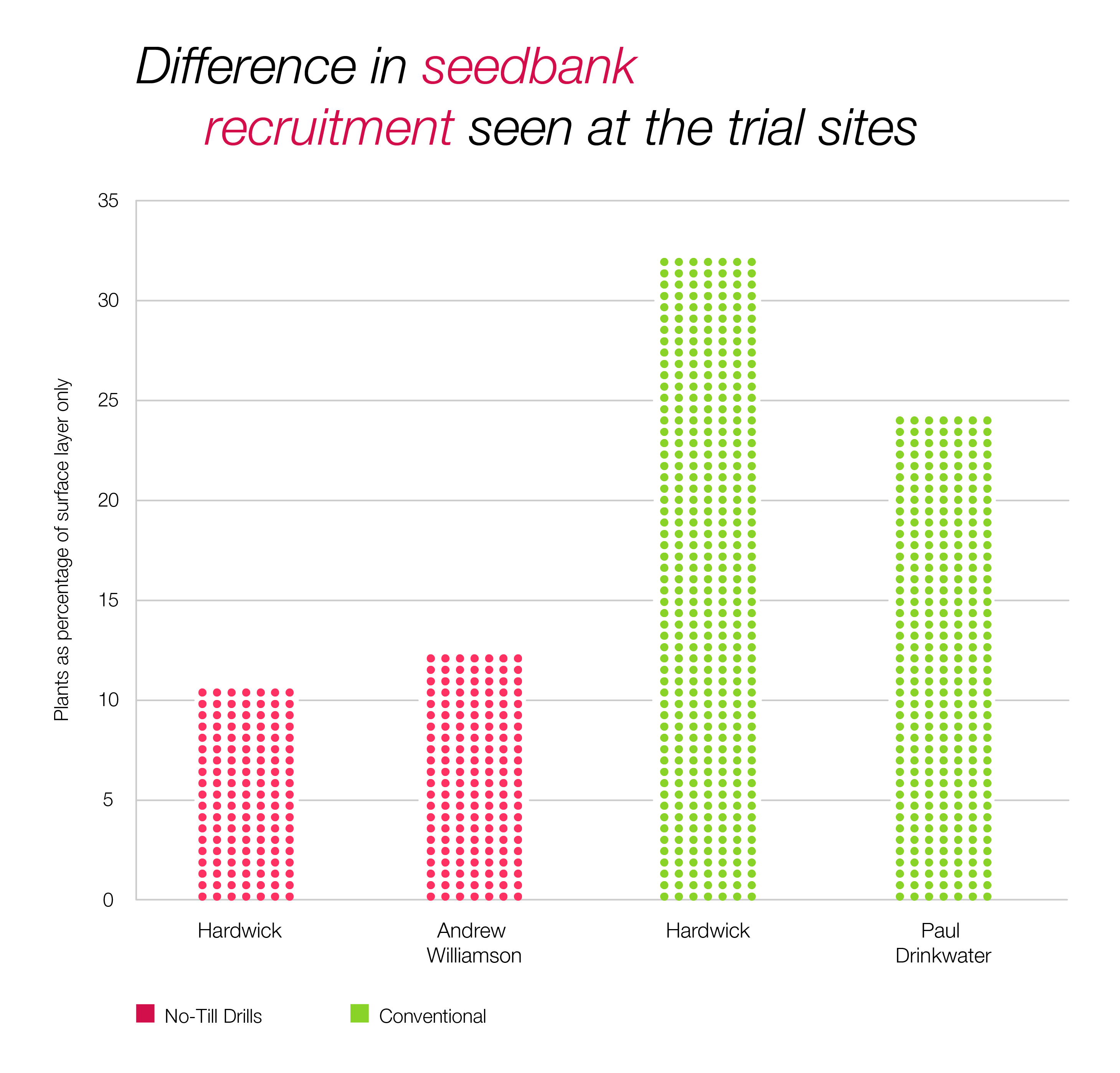 Over the long-term, for those who adopt a no till system the approach is to avoid burying seed to create a longer-term persistent seed bank and to manage black-grass seeds in the surface layer of soil. This will help degrade the seedbank to very low levels but takes a number of seasons and require a range of cultural weed management approaches as well as effective in-crop herbicides. “Not all seed in the surface layer germinates and there is a significant amount of seed in the seedbank so managing the seedbank using Integrated Weed Management is a long-term commitment, whichever establishment system you use.” he says.

At Paul Drinkwater’s farm, the researchers also compared the seed bank in an area that was patch sprayed in early June to an area that was harvested as planned. The sprayed off area had half the amount of black-grass in the surface layer (0–5cm) but at other depths it was the same as you would expect. However, the surface layer still had over 400 seeds/m2. So, the size of the seedbank means that a single year management only has a partial affect underlining the need for a long-term plan. 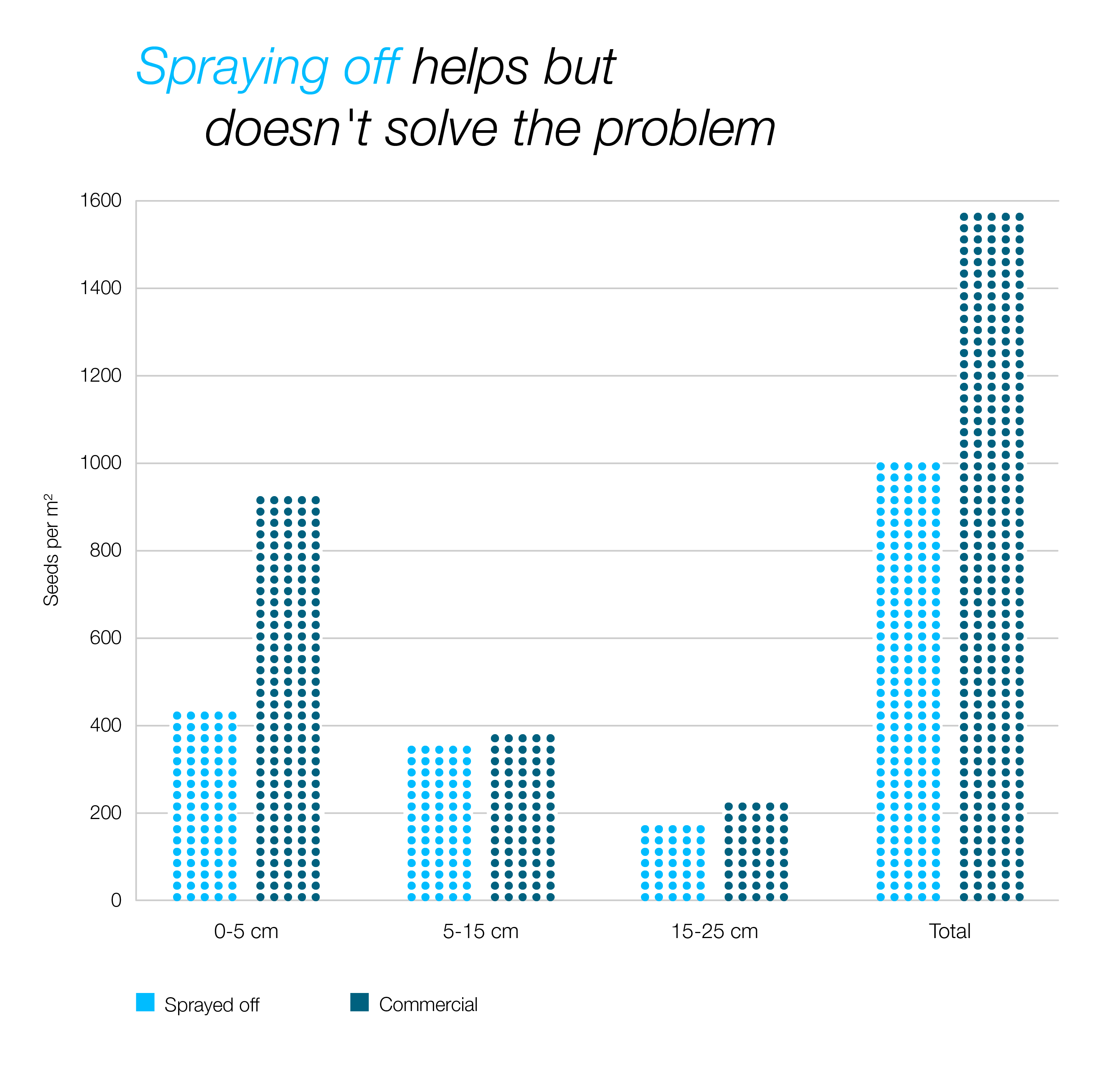 Watch the video below to find out more

Trials can provide a great source for ideas but putting them into practice commercially can be challenging. The Black-grass Task Force project aims to help translate the excellent trials work demonstrating how to control black-grass into field scale practices.

In the Arable Farming / Bayer black-grass survey assessing the adoption of various control techniques, we asked growers to identify not only tactics they were using successfully, but also which things they were thinking about using in future.