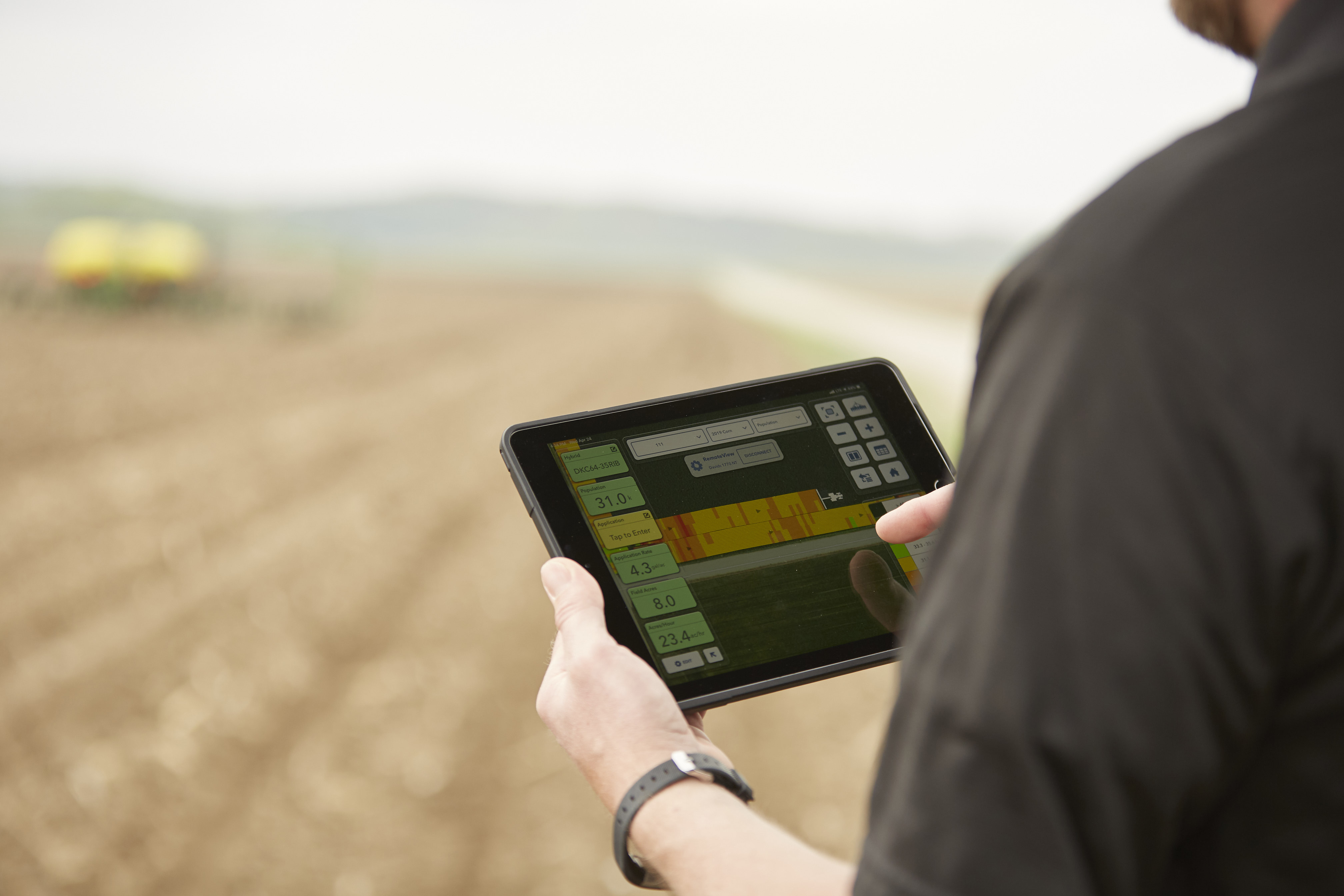 “We have areas on the farm, and that corner of the field is one, where we have questioned should we be farming that area – are we gaining anything from it?” says Malcolm Vaughan, farm manager for the 2600ha of arable land on Sir Richard Sutton Ltd in North Lincolnshire.

He’s just been shown satellite imaging from Climate FieldView of his oilseed rape field from March 2019 to go alongside the yield map collected by FieldView from the combine at harvest of the same field.

Through the middle of the field is another curved strip of higher yielding crop, almost exactly mirrored by the FieldView Scout map of higher biomass in March. FieldView’s unique way of visualising biomass images helps growers quickly visualise differences in fields (see panel). A quick toggle of the maps to the elevation view immediately shows that area lies at the bottom of a slope within the field.

And then there’s the bottom corner – showing up as a red area, which helps make it visually stand out. Four months before harvest the same area was highlighted.

“The prediction was there,” Mr Vaughan says. The farm’s trial with FieldView only started just before harvest with the satellite imaging component unavailable at that time.

“The decision is still to be made, but as times get harder areas like that we could be saving money by not farming it.”

FieldView makes it easy to visualise the areas of the field that will be profitable against those that are not, simply by adjusting yield bands and their colour coding on the yield map to identify areas yielding above or below the breakeven point.

You don’t just get the satellite imaging data from when you sign up for FieldView, notes Max Dafforn, Climate Field Product Specialist for the UK. “Four years’ worth is stored by FieldView so growers can also look back retrospectively and also upload previous years’ yield data, and any other maps such as soil scans or nutrient maps that you might have.”

That will all help make more informed decisions based on several years’ data, he notes.

“In this case you could see the same patterns occurring year after year, which helps provide more information for making management decisions.”

The data also helps growers react in-season as well as being used to make decisions based on retrospective analysis. “For example, in this field, the images could have been used to improve the crop performance in the underperforming areas, perhaps by creating variable rate nitrogen applications for the field,” Mr Dafforn says.

That’s simple to set up in FieldView, he says. “You simply select the field, the product you want to variably apply whether that is fertiliser, crop protection or seed, and background layer you’re basing your variable rate on, and simply draw the different zones on top of the base layer, which can then be exported to be used.”

Simplicity is what Mr Vaughan particularly likes about FieldView. “It took no longer than 15 minutes to fit the FieldView Drive to the combine. Our combine driver, Martin, says it is the shortest amount of training he’d had on a system, but it’s the easiest he’s ever used, and I would confirm that.

“Once you open it up, it’s so intuitive. At harvest you have live yield mapping and moisture content, where the combines are in the field, etc.”

For Mr Vaughan that’s important. The farm runs two combines and on an estate spread across 22 miles, sometimes they are in very different locations on the farm. “It means I can see how the day is progressing, get fuel to them when they need it as I can visualise how much they have done.”

Harvest management is unbelievably easier, he says. “For example, we have central storage but if harvest is going well and we’re going to have keep some grain back on farm, obviously we want to store dry grain. So I can be monitoring the combines, we usually start combining at 16% moisture, but I can see when the grain is down to 14.5% and be straight on the radio to the tractor drivers to say let’s put this in the dry store.”

Previously that decision would have required either flying about to test moistures in the field or when the grain gets back to farm. “It’s just simpler and quicker.”

That sums up FieldView for Mr Vaughan. “I’m seriously impressed, and the most impressive part is how easy it is to use. I like the fact that potentially it could be a complete management programme in one package.” 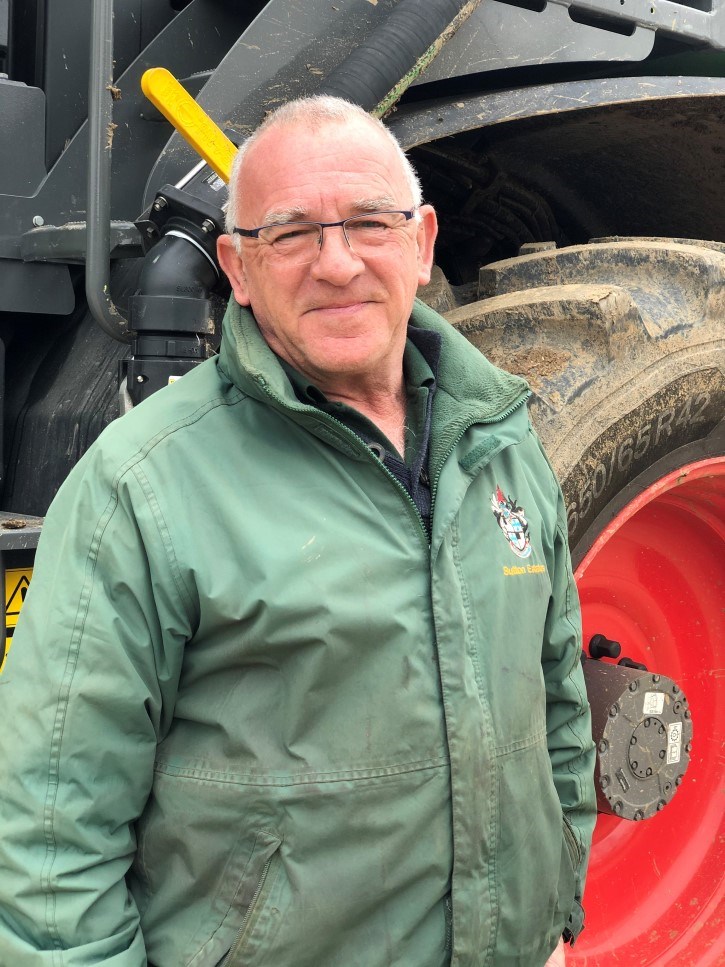 FieldView delivers three different field health image types: vegetation, scouting and true colour. Each provides a different perspective of what is happening in your fields.

The true colour image provides essentially a Google Earth style image of your field, while the vegetation map is similar to a NDVI biomass map, but made using the unique Climate Crop Imaging algorithm. This helps distinguish differences in biomass more effectively particularly later in the season after the canopy closes over.

Also unique to FieldView is the Scouting map. This uses the vegetation image and translates it into a much more visual image to help identify differences in the field. So rather than just shades of green, it translates the differences into different colours ranging from red to dark green to signify areas of poorer or better performance, helping to target areas of the field to assess quickly.

The FieldView platform with its split field functionality then makes it easy for different maps, including other types such as yield or soil maps to be compared side-by-side on screen.

Digital technology is already changing agriculture around the world with tools like Climate FieldView.