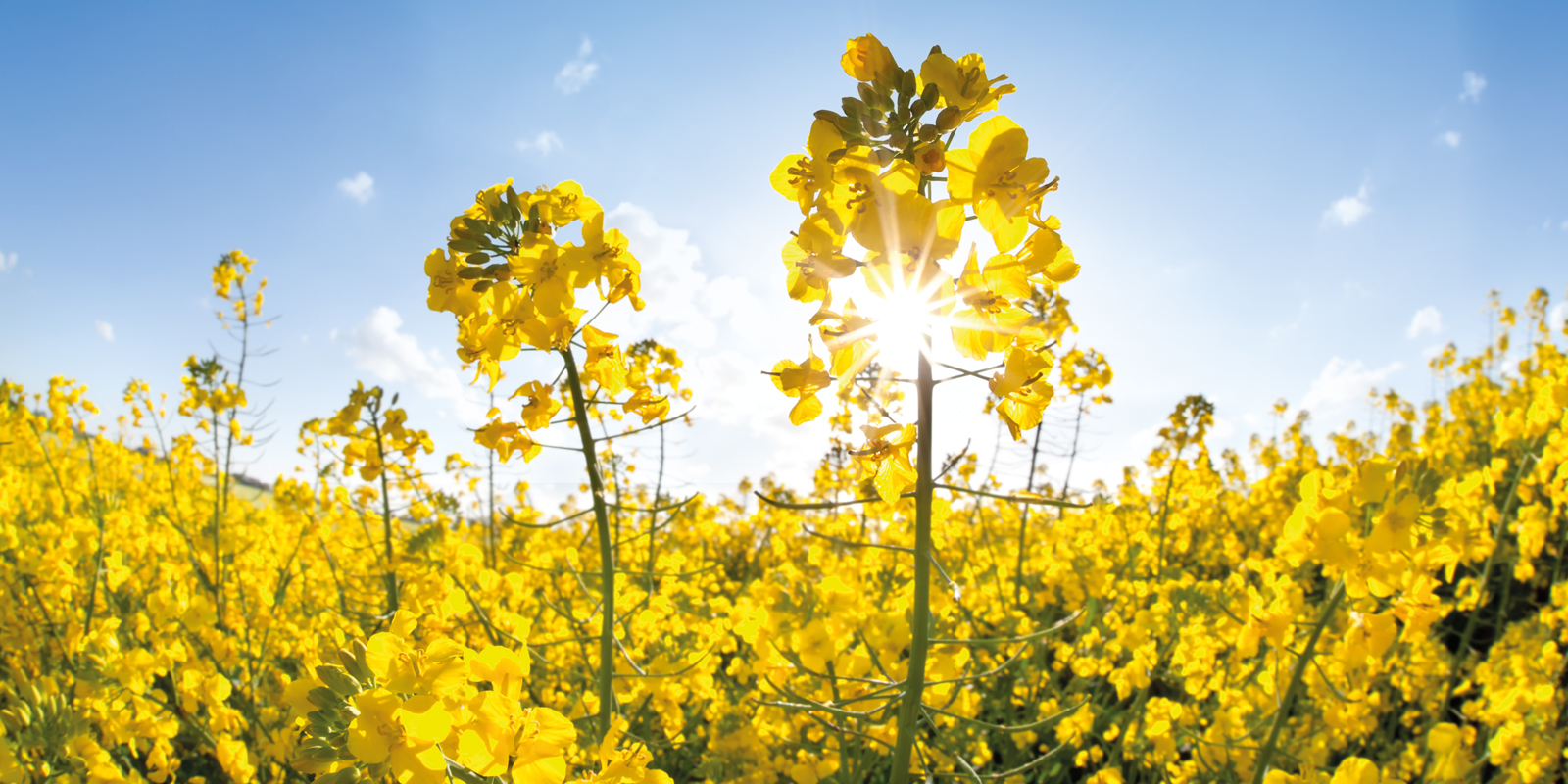 The ability that hybrid oilseed rapes, in particular, have to compensate has amazed Bayer commercial technical manager, Ella Crawford once again this season. But it won’t make securing the greatest harvest return at the least risk any easier.

“The much more extended flowering this has meant hasn’t made sclerotinia management any easier, though,” she points out. “And it will make the best management of crops in the run-up to and at harvest more important than ever if we are to get the very most out of them.”

As well as struggling to shake-off the effects of the wet winter and sizeable burdens of flea beetle larvae, many crops were hampered by poor nitrogen availability in the bone-dry spring and early summer.

On the plus side, providing there’s sufficient summer rain, this will mean more N for filling what has been an encouragingly good pod set.  However, generally thin crops with far more late-branching also mean these pods will be well-spread throughout the canopy and widely spread in their maturity.

Later nitrogen uptake, thicker stems and flowering sprays like Aviator (bixafen + prothioconazole) with their valuable stay-green benefits will, of course, all add to the challenges facing both desiccation and combining.

“Patience is the one thing we’re going to need, above all, if we are to achieve the most profitable combination of yield and oil content with the least red seed,” says Ms Crawford. “Not least because, rather than bringing combining forward, spraying before the seed moisture drops below 30% just means crops take longer to dry down.

“Alongside seed number, all the ADAS Oilseeds YEN work confirms that the length of time between flowering and desiccation is the factor most closely related to crop performance.

“This isn’t surprising since we know each day of seed filling lost typically reduces the average yield by 1-2%. So, by holding-off on desiccation for a week we could add an extra 0.5t/ha to our crops.  And, with most oil accumulated towards the end of seed fill, a markedly higher oil content too.”

Ms Crawford insists that not going in too early with the pre-harvest Roundup will be crucial this season with so many crops carrying more of their yield lower down the canopy in pods that can be 7-10 days later in their maturity than those near the top.

“Holding-off on desiccation until the lower pods are ready, of course, carries the risk of increased seed shedding from the earlier-ripening upper pods,” she accepts. “This is something we must also avoid if we are to capture as much of the yield as we can and minimise future volunteer burdens.

“The highest risk here comes with conventionally-bred varieties as they do not carry the genetic pod shatter resistance introduced in the Ogura hybridisation system. A very careful balance between risk and reward in getting the most from variable crops will be equally vital with the many hybrids not bred for the best shatter resistance.

“In contrast, the trait pioneered by Dekalb and standard across all its modern hybrids allows us to reap the full rewards of patience. Indeed, independent trials have shown an average yield advantage of 6% over non-resistant varieties with a one-week delay in harvest, rising to nearly 10% with a two-week delay.”

Securing the greatest harvest returns, of course, also depends upon the best timing and management of pre-harvest spraying. Because there’s no reliable way of judging the optimum timing even from pod colour, Ms Crawford stresses the need to get into the crop and check a representative sample of pods for that tell-tale change in seed colour from green to brown. And, difficult though it may be, this has to be beyond the tramlines.

For the most reliable activity with heavily-waxed, senescing canopies – not to mention weather uncertainty –  she insists there’s nothing to beat a modern Roundup formulation for proven activity in hot, dry weather, rain-fastness and drift minimisation. All the more so with the markedly poorer performance seen from many alternative glyphosate formulations replacing the withdrawn Ethoxylated Tallow Amines (ETAs).

“The right rates and first-class spraying practice are important too,” she adds. “While valuable in hard water areas, we must appreciate that no amount of adjuvant can make-up for insufficient glyphosate. Equally we have to gear water volumes, pressures and boom and nozzle settings for thorough canopy coverage and penetration; keeping our spraying speed down; and, spray early in the day for the most consistent uptake.

“Then, we need to have enough patience to wait until the stems as well as pods are fully fit before combining, recognising that this may be up to three weeks after spraying under some conditions.”

From establishment to harvest we can provide insight about crop management and protection to help maximise yields.

Together, our Dekalb genetics and the Bayer 2020 Establishment Scheme provide you with additional OSR growing support. Register here.