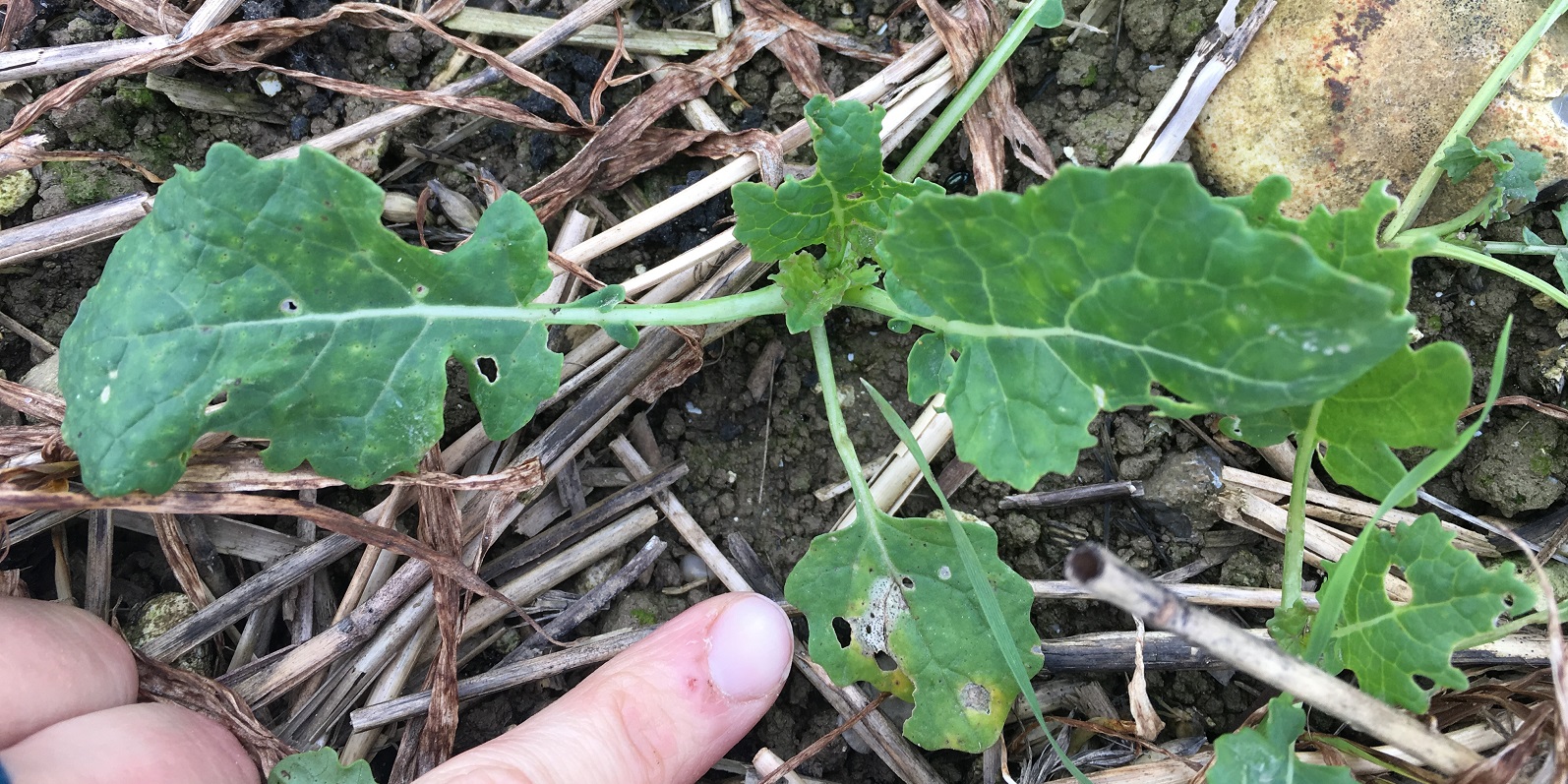 Autumn 2019 is shaping up to be one that farmers will be telling their grandchildren about. The only consolation is that we are all in the same boat (no pun intended).

On average, about 30% of oilseed rape crops have been lost to cabbage stem flea beetle (CSFB) damage so far. There have even been reports of adult activity in the last week of October. Remaining crops fit into two camps: Early drilled crops are up and away, but larvae is now present and later drilled crops are very small due to lack of sunlight in September and October.

Growers are snatching every opportunity to get wheat in the ground, with some drills operating 24 hours a day in dry spells. By the last week of October, about 30% of planned wheat area was in the ground, although this varied across the region depending on soil type and drilling equipment.

After heavy rain through September and October, phoma pressure has increased in oilseed rape and some agronomists report the worst symptoms they have ever seen, with up to 20 lesions per leaf. Thresholds are dicated by leaf size, with larger plants less susceptible to infection moving into stems and causing stem canker. If 20% of plants are infected in larger crops a spray is necessary, while smaller crops that is closer to 10%. Severity also varies depending on a variety’s resistance rating and this should be taken into account before treatment.

Where thresholds are reached, consider using a robust 0.46L/ha rate of Proline (prothioconazole), which has the best fungicidal activity on phoma and also protects against light leaf spot.

Given the high pressure, it might be appropriate to use a two-spray strategy. Where applying two sprays, apply 0.32L/ha of Proline as soon as possible and repeat five or six weeks later, which which may coincide with Kerb (propyzamide) applications when the soils are cool enough.

Whilst it is tempting to just get crop in the ground as soon as possible whatever it takes, remember that a well drilled crop is a half grown crop. When we previously had similar conditions in 2012, some growers managed to get respectable yields from March-drilled winter wheat crops where they went into good conditions. Focus on correct drilling depth, good soil to seed contact and use an appropriate seed rate, aiming for 200 plants/m2.

3. Use a good quality glyphosate product at robust rate

The good news is that the late drilling has allowed an opportunity for stale seed-beds. However, where applications of glyphosate are planned ahead of drilling, be aware that efficacy may be compromised in the cooler conditions where there is less active growth. Use a good quality formulation such as RoundUp and a robust dose delivering at least 540g active/ha.

Applying residual herbicides to wheat pre-emergence is the safest and most effective way, as long as there is sufficient soil cover and should be attempted where conditions allow. When the crop is just poking through at peri-emergence, this is the most risky time to apply big mixtures of residual chemistry as it can cause crop effect. Finally, applying at 2-3 leaves will reduce the risk of crop effects, but weed control will be compromised.

This autumn, many crops are going into rough, cloddy seed-beds at a variable seed depth and fields are unlikely to get rolled, so crop damage is more likely from residual herbicides.

Liberator (flufenacet + diflufenican) is a good base to any pre-emergence mix for grassweed control. When crops are stressed or drilled into poor seed-bed conditions it is likely to be safer than Crystal (flufenacet + pendimethalin). Consider soil type, seed-bed quality, soil moisture levels and crop stress when deciding on stacking partners. Also factor in the following for crop safety:

6. Be alert to BYDV risk in winter cereals

Wet weather through October has not been favourable for aphid flight, so risk of BYDV spread is relatively low. However, it is still important to calculate daily T-Sum day degree accumulation over 3C, as there is still potential for aphid flight through the winter if it remains mild. When calculating T-Sum, start from the date of crop emergence and be aware that it may take up to 26 days for winter wheat to emerge when drilled in November.

There have been two notable Bayer product revocations this autumn. Insectide Biscaya (thiacloprid) will no longer be available from next year. The official timeline for withdrawal is yet to be finalised by CRD, but we anticipate final use by April 2020.

In addition, sales of potato seed treatment Monceren (pencycuron) have ceased due to an uncertain regulatory future.