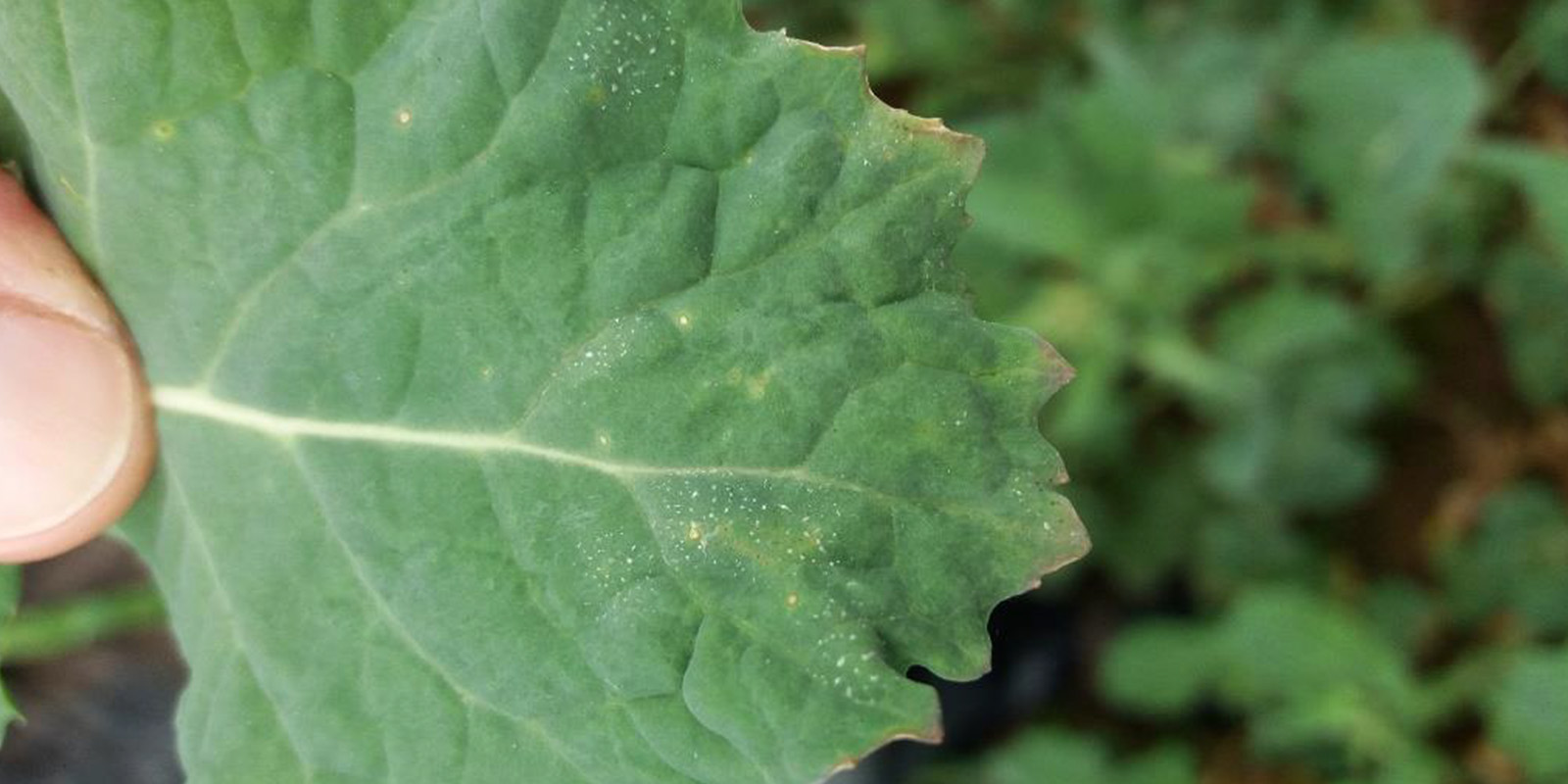 Light leaf spot is the number one threat to oilseed rape crops around the country, but it is still going undiagnosed on some farms, as the second year of our SpotCheck initiative shows.

With average annual losses exceeding £80 million, according to CropMonitor, light leaf spot is the most economically damaging disease in UK oilseed rape. Traditionally associated with Scotland and northern England, the incidence has increased over the last decade and the disease is now widespread.

We launched our SpotCheck initiative in 2017 to provide growers with a conclusive diagnosis of light leaf spot and other diseases’ prevalence in oilseed rape crops.

This season, the project, in partnership with ADAS and the Association of Independent Crop Consultants (AICC), assessed a total of 632 field samples between October 2018 to April 2019 and found that just under half (49%) were infected with light leaf spot.

While the SpotCheck results showed light leaf spot incidence was generally highest in Scotland and the North, the first positive symptoms of the disease were identified in Gloucestershire (November) and Herefordshire (December), reinforcing the view that no oilseed rape crop is safe from the disease, regardless of geography.

Furthermore, there was a clear trend for lower light leaf spot incidence in varieties with higher Recommended List (RL) resistance ratings. This demonstrates the RL rankings coming to fruition in practice and supports the benefit of integrated disease management strategies.

Once again, there was evidence of the difficulty in identifying light leaf spot at a very early stage. ADAS identified the disease in 36% of samples despite it not being seen by the grower when sampling. This proportion is up marginally from last year when growers did not identify light leaf spot in 33% of samples received.

“With light leaf spot, even if you can’t see symptoms, it doesn’t mean it isn’t there. When symptoms do manifest, it is difficult to recognise them, particularly in the early leaf stages.

“It means fungicide applications may be poorly timed, leading to inadequate control of the disease, which can spread at an alarming rate in these circumstances.”

Mrs Matthewman advises looking for very small, white, sugar-type spores, which can appear on the top or underside of the leaf.

Using a hand lens to magnify the leaf surface may also help:

“Incubating leaves is another helpful identification tool to enhance the expression of symptoms, or alternatively use the free SpotCheck service which will return for the 2019/20 season. The speed at which samples are processed means growers can diagnose and react as soon as the disease is found in the crop.”

No cure for light leaf spot, but you can decrease the threat

“There is no cure for light leaf spot,” Mrs Matthewman adds. “Fungicides are only able to knock down the disease, but if you do this as soon as any disease is present it will markedly decrease the epidemic threat.”

Where growers are considering spraying for light leaf spot, the autumn workload is an important factor, she says.

“Most growers will be spraying in the autumn for Phoma. So, selecting a product with activity against Phoma and light leaf spot, such as Proline, is a good way of protecting the crop, without extra workload and the fuel costs of an additional pass.”

Paul Drinkwater, who farms at Abbotts Ripton near Huntingdon, agrees that Proline’s activity against Phoma and light leaf spot is a real benefit to autumn disease control:

“Since light leaf spot has moved south, we are taking it much more seriously,” he says.

“Five or six years ago, we would have said, light leaf spot; what’s that? All of a sudden, I saw it in crops locally; I didn’t want it and so we changed our fungicide strategy in the autumn and spent a little bit more money. Proline is very important in that regard.”

For Mr Drinkwater, during the 2018/19 season, his main light leaf spot outbreak coincided with the national epidemic, which the SpotCheck results show took place in February. This epidemic began later than previous years, with the earliest symptoms occurring for most counties in January.

“This is the first year I’ve used SpotCheck and I found it really handy,” Mr Drinkwater says. “I was sent a kit, arranged the leaves in the bag and sent it off in the post; it was only a few days later the results were back.”

Another oilseed rape grower, Philip Rowbottom, from Wakefield in Yorkshire, agrees that SpotCheck is a useful service:

“To us, it confirmed what we thought: we thought we were clean, and the test results came back clean, so it was a great help in reinforcing what we already believed to be the case.”

While he did not have issues with light leaf spot this season, he wholly supports the usefulness of SpotCheck:

“One year’s results are just a control. We need two or three years to be able to assess the situation accurately. My little micro-climate and cropping is clean, but someone’s over the hill may not be, so it’s worth knowing that we may need to keep spraying based on this data from around the area.

“I think using the SpotCheck service will allow us to build a picture over a few years, so we’ll definitely make use of it.”

What is Light Leaf Spot?

After a successful first season, the SpotCheck initiative is back to support growers and agronomists in the identification of the notoriously difficult to identify light leaf spot (LLS), as well as other oilseed rape diseases.