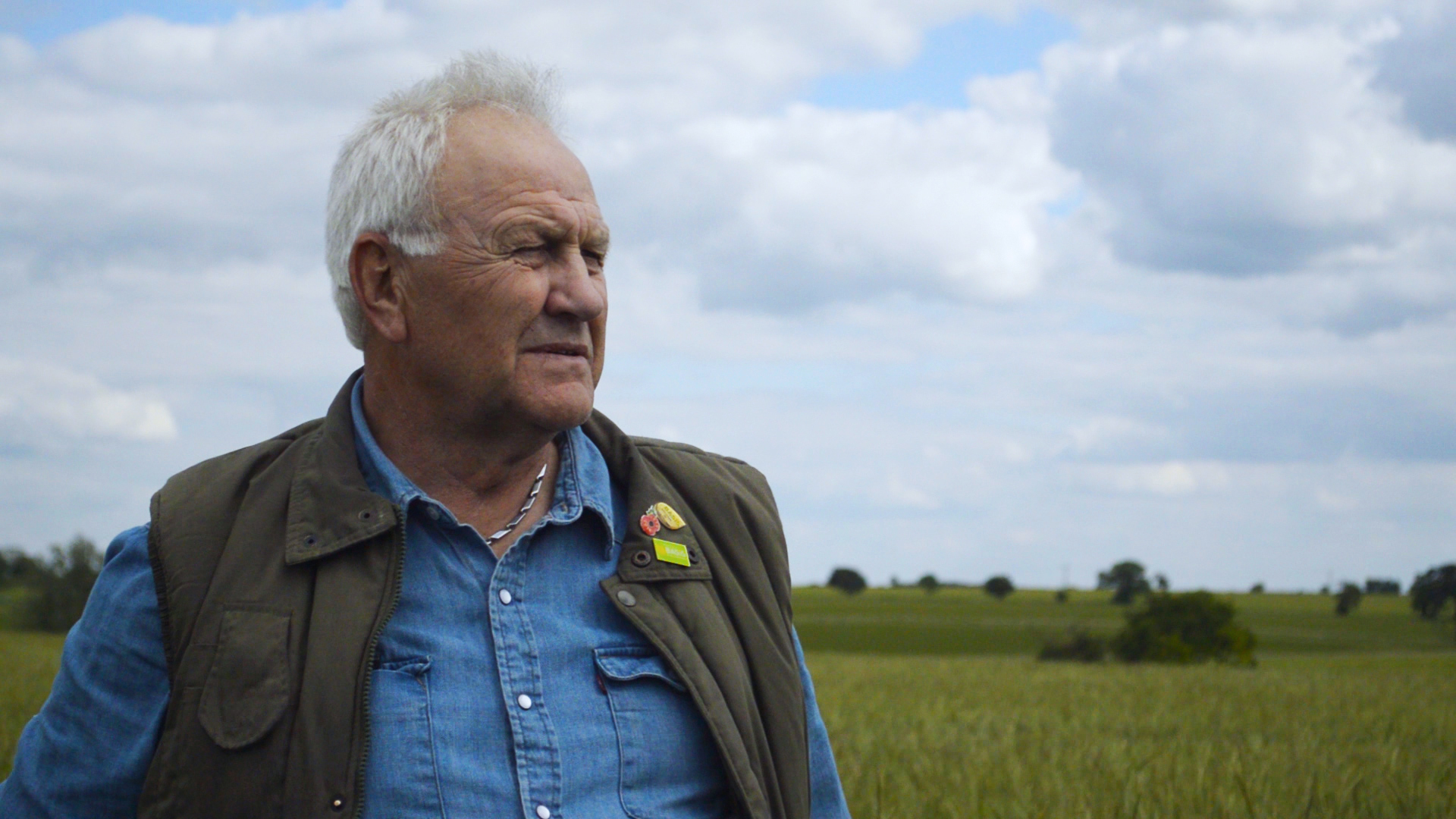 30 hectares in size, the focus field is typical of the Hanslope areas of the farm. The field used to be considered fairly clean but two years ago propyzamide performed poorly in oilseed rape resulting in high seed return that has led to black-grass problems in subsequent crops. The current crop (July 2019) is Skyfall which looks like it will yield well. Average black-grass head counts are 47/m2 but in the worst areas they are as high as 200/m2.

“The field was always going to be a spring crop next to deal with the seed return from the black-grass. At the moment, the plan is to use successive spring barley crops to make a real dent in black-grass populations,” he says. Mr Drinkwater has good recent experience growing spring barley that yielded well and met the malting spec.

On assessing the field Mr Cussans thinks that spring barley looks like a good option. He cautions Mr Drinkwater and all other growers that the success of a spring crop for black-grass control depends on growing a good competitive crop. “Spring barley success is not a given,” he says, “you need to manage it to maximise crop competition.”

At present, soil condition in the focus field is good so provided there is no major rainfall the plan is to work the soil as little as possible to take advantage. The intention is for any cultivation to be in the top 50mm, so black-grass seed remains in the surface germination zone and sprayed off with Roundup (Glyphosate) before any drilling in spring.

You can find the Black-grass Task Force video series including more on Paul Drinkwater's farm here.

According to Mr Cussans, success with spring barley cannot be taken for granted so one 4-hectare strip along the length of the field will look at if using a cover crop is a benefit to the subsequent spring barley crop. The plan is to use a mixture of phacelia, black oats and vetch to be drilled soon after harvest provided there is moisture. Rooting to different depths of the soil profile rather than high surface biomass is the aim so the crop will be sown quite thin.

Mr Wright explains that an open cover crop allows continued weather action on the surface to help create tilth for spring drilling. If the crops get too big, mob grazing with sheep or a shallow disc cultivation are both options. Critical to the success of cover crops is the spray off date, drilling is easier and more successful on bare ground. At present, the intention is to spray off the cover crop in late December, but this will be reviewed during the year. To ensure a fair trial, the whole focus field will be drilled with spring barley on the same day at the same seed rate.

Trials can provide a great source for ideas but putting them into practice can be challenging.

Andrew Williamson is the host farmer for the Black-grass Task Force in Shropshire.