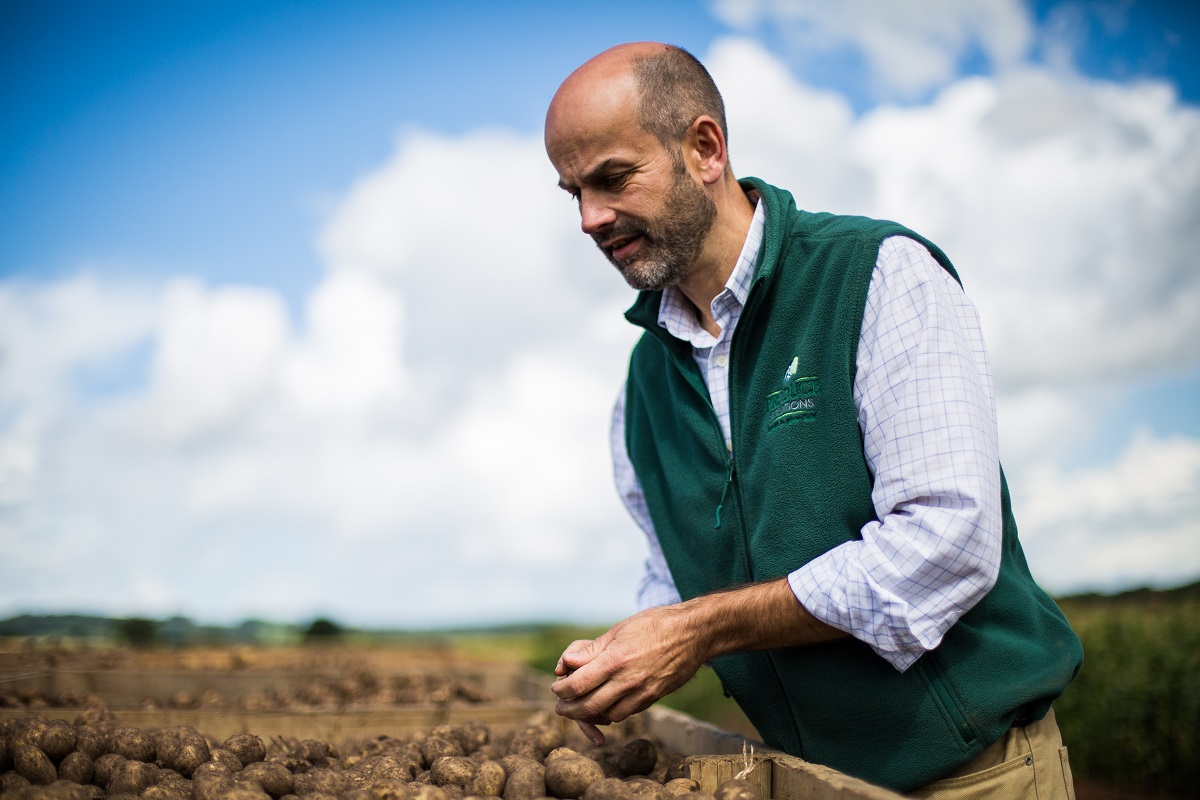 The chart below shows the results of the trial performed in 2018. It consisted of two strips, one treated with Velum, the other untreated, each three beds wide in a commercial processing crop of PCN tolerant variety Performer grown in Shropshire. 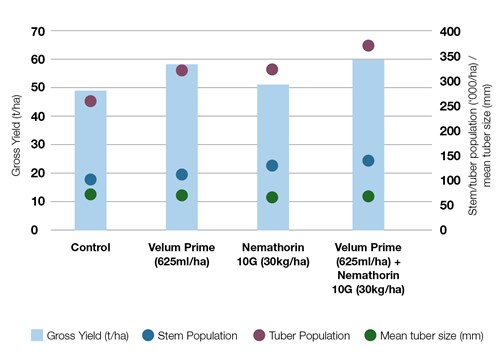 The trial also investigated the effect on average tuber size and stem and tuber population per hectare, with all of the treated strips seeing a significantly higher tuber numbers per hectare than the untreated.

The result could be seen as highly positive for all in the potato supply chain, says James Lee, business manager for Produce Solutions.

“We’re looking to control PCN in every way possible. This is positive for the fresh retail sector as it extends control to those potato crops where harvest intervals previously precluded the use of a granular nematicide. Velum’s favourable environmental profile is also a boon,” he says.

The PCN population was relatively low as evidenced by the respectable yield of the control crop, but it was not so low as to make it unworthwhile applying a nematicide.

“Our experience to date suggests that Velum should not be considered as a replacement for granular nematicides, rather that it could be seen as a complement to conventional products and one that expands the options for control,” he adds.