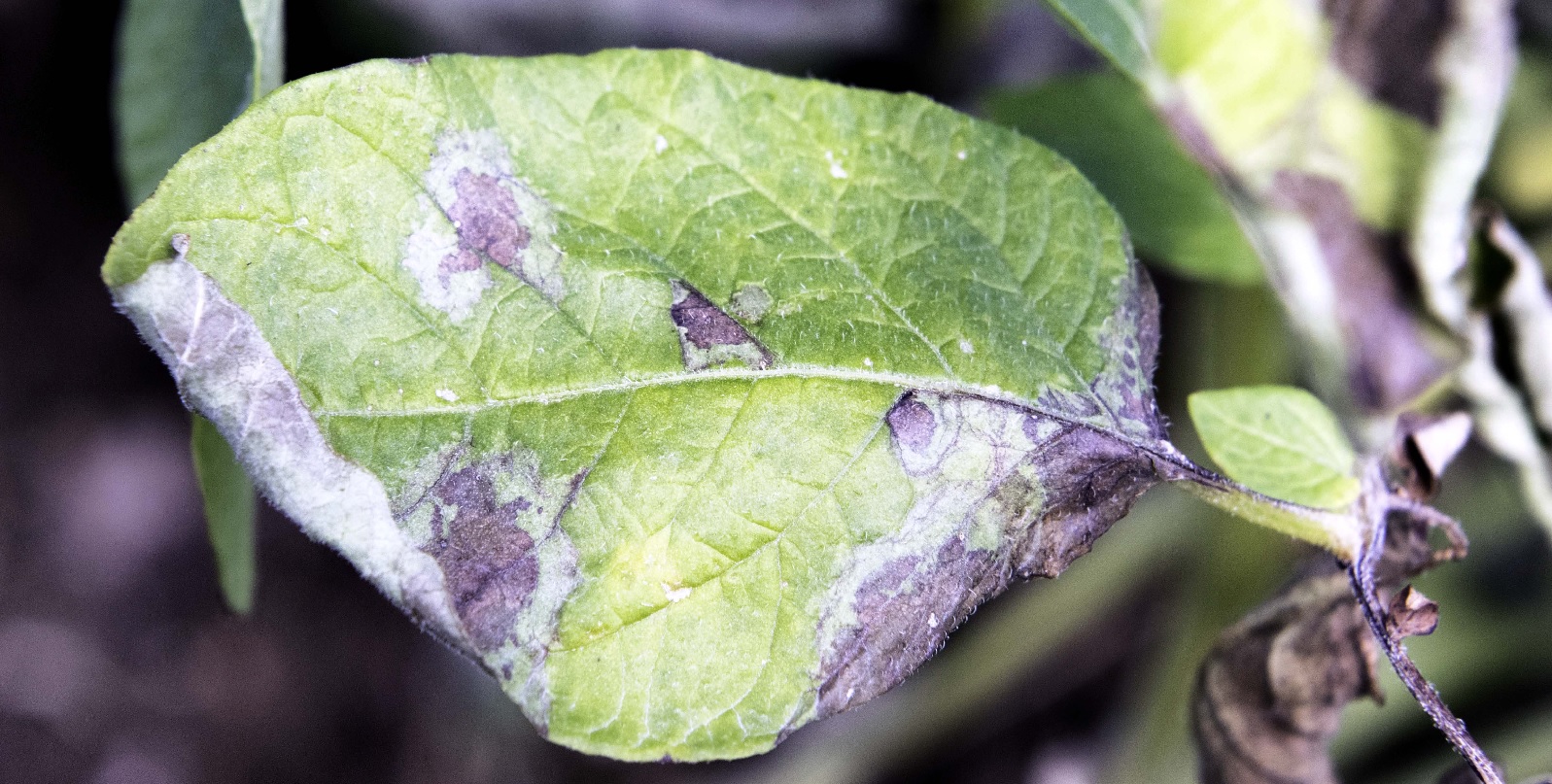 Potato growers are being urged to keep a close eye on crops for signs of late blight (Phytopthora infestans) despite the recent dry weather seemingly acting to keep the disease at bay.

The advice is particularly relevant to the growers using irrigation as the warm temperatures and higher relative humidity will combine to create conditions in the lower proportion of the canopy that favour disease sporulation and infection.

Late blight is strongly weather dependant. The aerial dispersal of pathogen inoculum to uninfected plants is crucial to the epidemic phase of late blight. The predominant weather recently of dry and sunny conditions have served to contain the spread of sporangia, meaning disease will be harder to visually see.

Thoughts must now shift to tuber blight protection, so it is on the lower stems and haulm where growers need to focus their attention. As tubers form they become vulnerable to infection from sporangia and zoospores washing into the soil.

This raises the importance of keeping to schedules during periods of perceived low pressure.

Experienced growers know to keep to standard intervals, especially when irrigating, but when the threat is perceived to be low it can be tempting to cut back on application rates or extend spray intervals.

As crops move through flowering, focus shifts to protecting against tuber blight. Previously, growers have relied on fluazinam in rotation with Infinito (fluopicolide + propamocarb) and other products, but the emergence of 37_A2 (Dark Green 37) with acknowledged insensitivity to fluazinam removes a popular product at a crucial stage.

Fluazinam was a useful product, but as growers have no way of knowing exactly which strain of the disease they have in the field, continuing to use it leaves crops at risk and will only enable Dark Green 37 to spread further.

Because of how growers use products during the earlier stages of the season, the most suitable products available in practice are Infinito – which is the only product available containing fluopicolide which is highly effective against zoospores – and Ranman Top.

Ed Hagues, Bayer root crops campaign manager, highlights that of the products favoured in the latter stages of the season, Infinito provides the best combination of foliar and tuber blight control with no need to tank-mix and is an important part of a robust resistance management strategy.

“The fluopicolide in Infinito has a unique mode of action for tuber blight control while both it and propamocarb belong to different mode of action resistance groups thereby supporting an anti-resistance strategy,” says Mr Hagues.