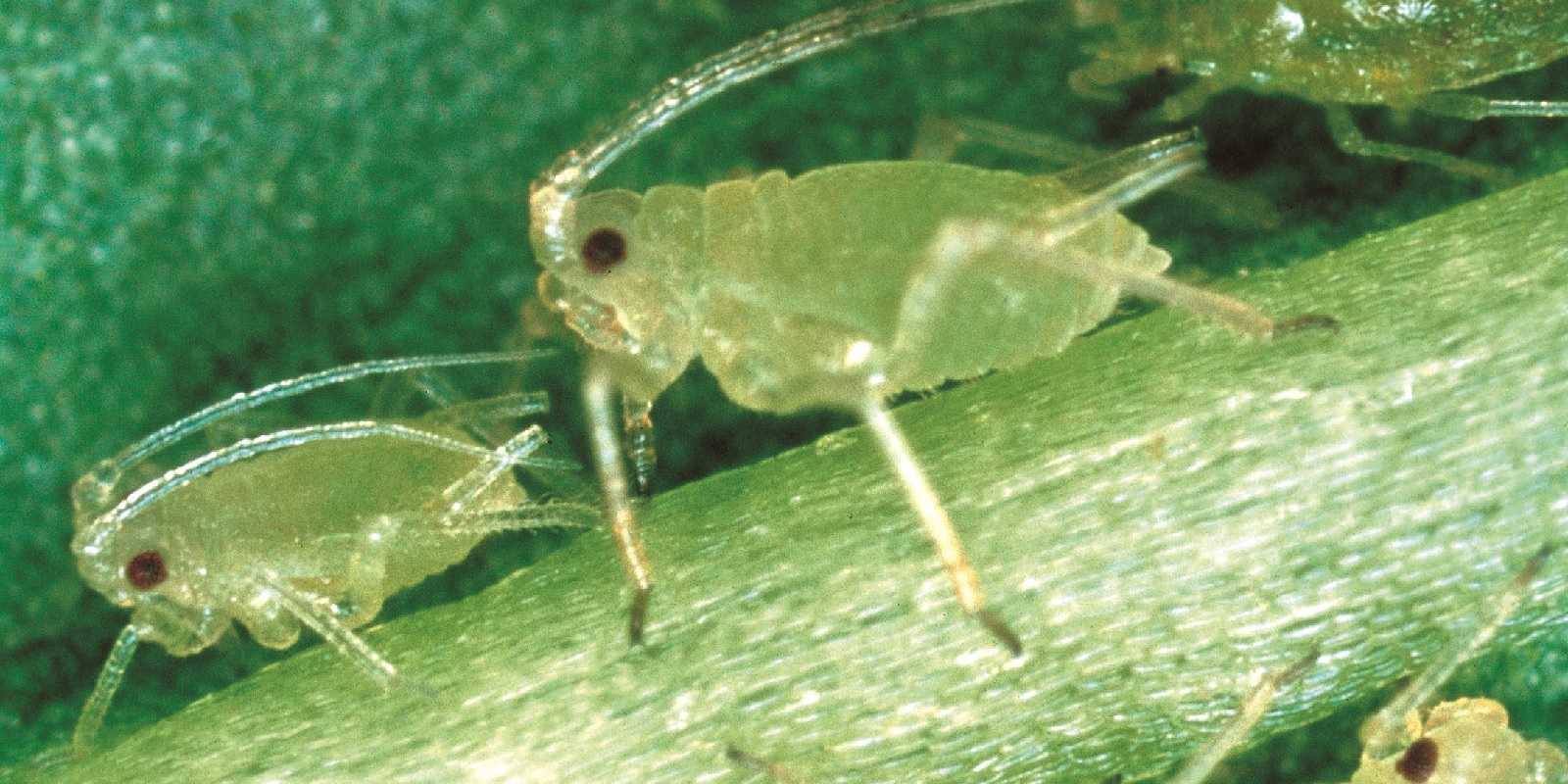 Reports from AHDB Aphid News that Potato Virus Y (PVY) have been caught at trap sites across Great Britain signals the need to start monitoring potato crops for aphids and prepare to begin insecticide programmes in seed crops.

While numbers vary between species and location, the threat to crops is real despite the stark contrast to 2017. By the end of last June, the cumulative total of potato virus vectors was at a 10-year high. So far this year populations of all vector species are below the 10-year average, but the favourable weather of late indicates an imminent increase.

First flights of vector aphids were expected in the last week of June though in practice favourable conditions since May means they have been flying up to 14 days ahead of forecasts. The arrival of potentially virus-carrying aphids will be of particular concern to seed growers as even low levels of Potato Virus Y (PVY) will result in crops being downgraded.

Fortunately, the amount of virus-infected seed crops in Scotland that can serve as reservoir for infection is thought be low while the resistance status of aphids has not changed.

Rothamsted Research’s testing has found no change in the resistance status of UK populations of peach-potato aphids. They remain resistant to pirimicarb and largely, although not completely, to pyrethroids, but not to systemic insecticides, such as the neonicotinoid thiacloprid, as in Biscaya.

And growers can continue to protect crops with this foliar insecticide as it is not affected by the EU ban on neonicotinoid-based seed treatments containing clothianidin, imidacloprid and thiamethoxam.

Once peach-potato aphids are being trapped it is advised that growers use a systemic insecticide in combination with a pyrethroid on a fortnightly basis with a straight pyrethroid in the intervening week.

While product labels permit up to seven treatments in total – two neonicotinoids, three pymetrozine and two flonicamid – which should be sufficient to see crops through the season, most advisers will suggest bringing the use of Biscaya (thiacloprid) forward to utilise its oil dispersion formulation. This has been seen to have a useful effect against non-colonising cereal aphids, in the same way as mineral or vegetable oils, giving it the edge over other neonicotinoids.”

A new option for this year is Movento (spirotetramat) which has gained authorisation for use in potatoes. It offers seed growers a new mode of action for aphid control to be used as part of a programme for resistance management. However, an important restriction to note on the label is that ‘applications in potato varieties that produce flowers can only be made from the end of flowering (BBCH69)’.