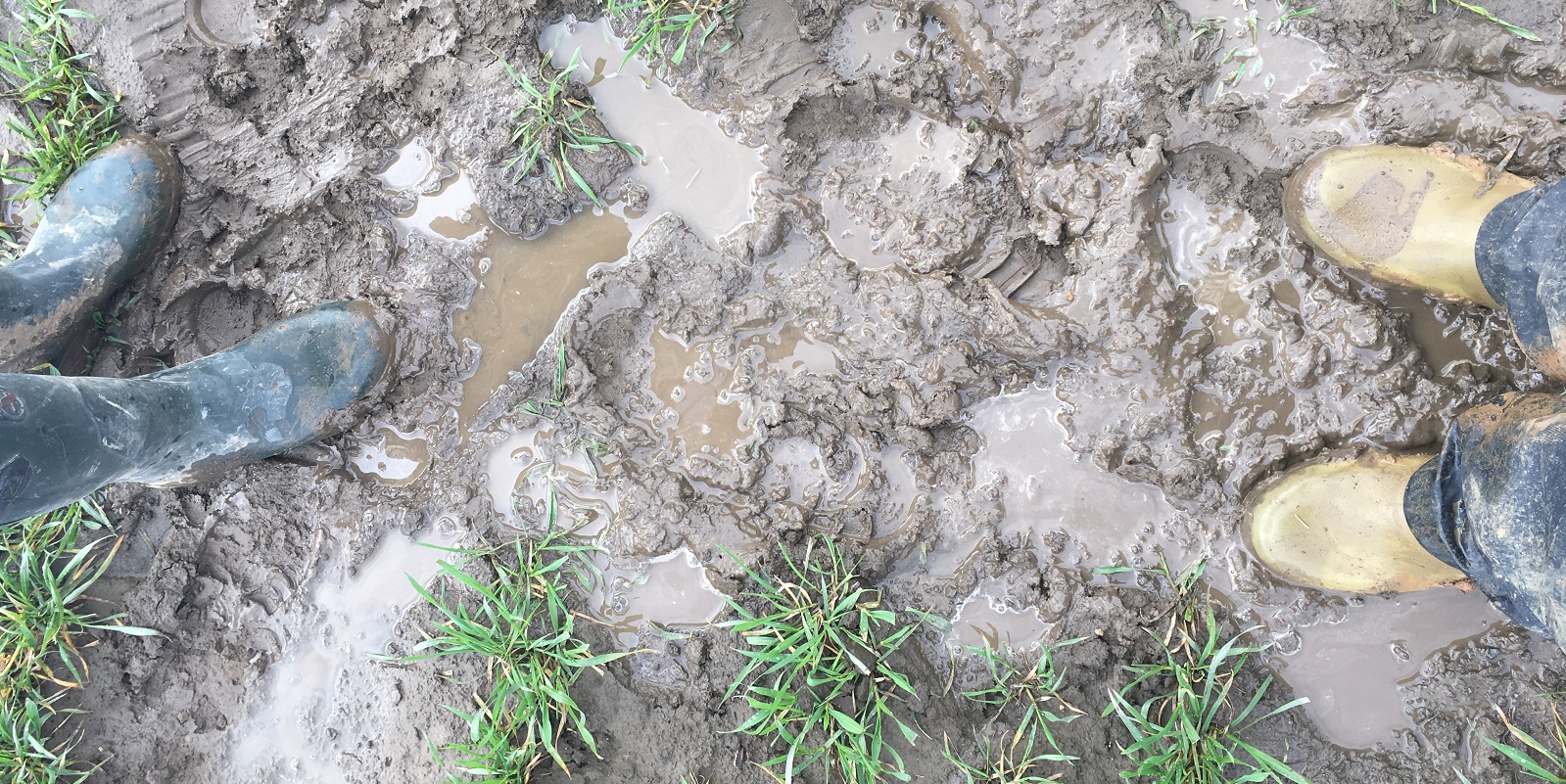 During the cold spells in March, we had relatively little snow compared to other parts of the UK. With less snow cover to insulate crops and protect any diseases present, this has helped with knocking back rust and reduced disease risk in susceptible varieties.

More recently it has been very wet and fieldwork has been at a standstill. Spring drilling is only just beginning in most cases and it is probably already too late for spring beans to go in. The clock is also ticking on spring oats and beyond the third week of April you would question if it is worth drilling spring barley and spring wheat too. If pressing on, seed rates will need to be increased in spring cereals to compensate for shy tillering, so ensure there is enough seed in the drill.

Options to replace these with later sown crops suitable to heavy land are limited and carefully consideration of the knock-on effects on cropping plans in the autumn must be taken into account. Fallow is also an option and this can help with grass-weed control, but can also leave the ground in poor condition without a crop sucking any moisture out of the soil.

Oilseed rape went backwards and lost leaves in the cold, but that may not be a bad thing where flea beetle larvae numbers were high. There are some bad cases in Bedfordshire and Northants where larvae have burrowed out stems, but generally pressure has been lower this year.

Light leaf spot pressure is low, which has been a blessing, as many haven’t been able to get on the land to apply a stem extension fungicide anyway. Other jobs are likely to take priority now, so it is possible crops won’t receive a fungicide until flowering sprays are applied.

If no spring fungicide has been applied, the sclerotinia spray will need activity on light leaf spot too, so should be based on prothioconazole to cover both diseases. Growers can add in other products if desired, with Amistar (azoxystrobin) giving some greening effects and activity on Alternaria. Filan (boscalid) is another mixing option.

There are several prediction models out there to help with spray timing, so keep an eye out and consider applications when higher temperatures, wet conditions and petal fall coincide. If this is early and flowering is prolonged, a second spray might be required, this can generally be a lower dose as later infections are less yield damaging.

Fertiliser has generally been applied to winter barley, but crops are almost at the point of turning yellow again and will soon need topping up. It is crucial to prevent the crop from losing any tillers at this stage, as it will impact on yield. Winter wheat will also need some more N imminently when growers can travel again.

As crops have been held back by the weather, they will grow very quickly once conditions improve and this dramatically increases the risk of crop effects when applying herbicides in complex tank mixes. If there is a toss-up between T0s and grass-weed herbicides, get the herbicides on and apply the T0 after, if required.

As we move closer to a typical T1 timing, some will be questioning the value of a T0 fungicide. My advice is where you have a dirty variety such as Reflection and are just 5-7 days before your T1, leave the T0 out and move that spend into the T1 spray. For example, if you were planning a tebuconazole plus CTL at T0, add it to an Aviator application at T1 to bolster rust control. Similarly, those that favour a strobilurin at T0 could use it at T1 or later at T3 where brown rust can be a problem.

Where you are still 7 days or more away from a T1, I would still advocate a T0, particularly if you are going through the crop with plant growth regulator applications anyway. For Septoria a straight CTL would suffice to give some protection until T1.

I would estimate that 75-80% of wheat crops will justify an SDHI-based T1 this season. Later-drilled fields of more septoria-resistant varieties such as Costello, Siskin, Graham, Zyatt or Sundance potentially allow for a prothioconazole + CTL approach, as they show less yield response to higher inputs.

Whichever approach is chosen, it is very important to keep triazole rates up (at least 75% dose) to give disease control and provide an effective partner to SDHI chemistry inside the leaf.

Wet and cold conditions will be promoting diseases such as eyespot and some stem-based browning can be seen in crops now. Many modern varieties are weak against the disease and a prothioconazole containing product such as Aviator (bixafen + prothioconazole) at T1 can help protect against eyespot. It also offers good control of mildew and stem-based fusarium at this stage of the season, too. 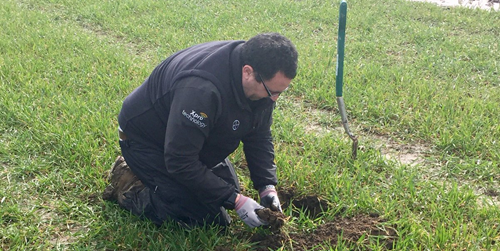 Surveying roots for stem based disease