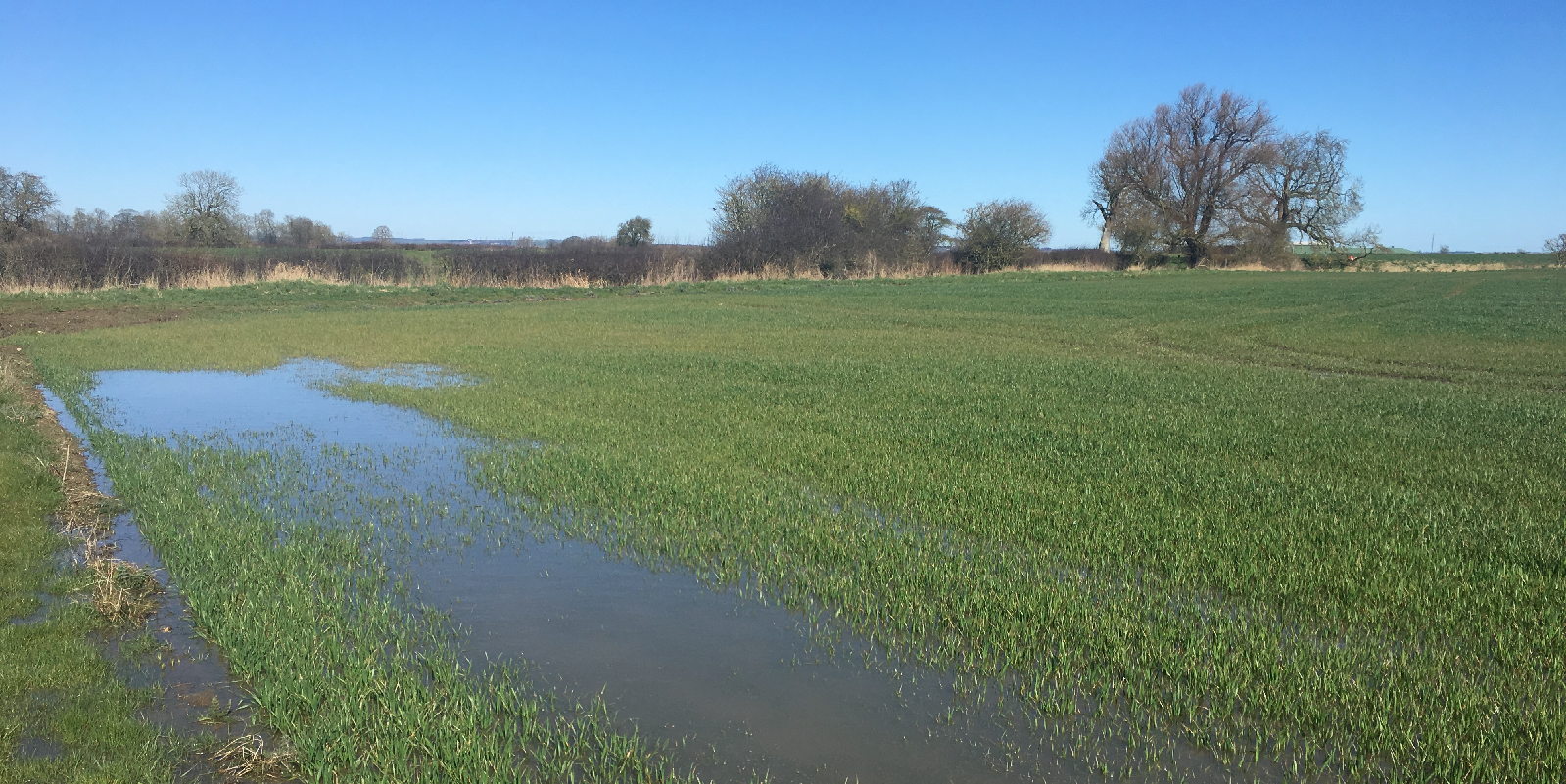 Not a lot has changed since my last report. As with much of the UK, March brought a mix of frosts, snow and rain to Yorkshire. Our trial site a Cawood is central to the area I cover and has had 360mm of rainfall since last October – almost double what we’d expect.

When ground dries out, priorities on farm will include preparing ground for planting spring crops and nitrogen and T0 fungicide applications in winter cereals. It is getting late for spring beans and spring wheat, so they should be top of the list. Spring barley will be OK until later in April.

One crop that doesn’t look too bad is oilseed rape and on lighter land up on the Yorkshire Wolds, crops are at stem extension and moving towards green bud. Agronomists are reporting that pigeons are still a problem where crops are struggling after the winter conditions and light leaf spot remains a concern.

Sprayers haven’t been able to travel in recent weeks, but when ground becomes passable a prothioconazole-based fungicide will still be required. There is a concern that improved ground conditions might coincide with early- to mid-flowering. In these cases, use prothioconazole for the first flowering spray for both sclerotinia and light leaf spot control and keep the rate up at 0.46L/ha. A follow up 3-4 weeks later might be required if sclerotinia risk remains high.

Pollen beetle will need monitoring as crops move through the green and yellow bud stages and treated with an insecticide where thresholds are reached.

Winter wheat is still a few days away from GS30, so about 3-4 weeks behind where it was this time last year. Crops aren’t carrying much disease, with no rust pustules to be found in the Cawood trials, even in susceptible varieties. There is septoria infection on the lower leaves though, and if wet weather continues through April and into May it will be a major concern.

A T0 will be vital to keep septoria off the upper leaves until the T1 timing and should be based on chlorothalonil. Where growing a rust-susceptible variety, adding in an azole such as tebuconazole will help reduce that risk until the next fungicide is applied.

With crops behind, it is difficult to assess the requirements at T1, but if you have been unable to get a T0 on, my recommendation would be to use an SDHI-azole product such as Aviator (bixafen + prothioconazole) with chlorothalonil.

Where a T0 has been applied to a variety with good septoria resistance and drilled later, you might get away with a prothioconazole plus chlorothalonil mix, but much will depend on the weather leading up to the T1 timing. Timing is important and the T0 should be 2-4 weeks before the T1, which should then be applied with leaf three fully emerged.

Another advantage of using prothioconazole in the programme is its activity on stem-based diseases and we are seeing some browning at the base of plants at present, which could be an early sign of eyespot infection. PTZ will help with eyespot control and supress microdochium and fusarium inoculum in the crop, minimising the risk of ear disease later in the season.

With programmes delayed, growers still need to take every opportunity to get on with grass-weed herbicides. I’ve had several enquiries about late-drilled wheats where it wasn’t possible to use a pre-emergence herbicide for grass-weed control.

In these situations, good grass-weed activity with added broad-leaved weed control is required. An application of Monolith (mesosulfuron + propoxycarbazone) with Chekker (amidosulfuron + iodosulfuron) plus Biopower is a good option. Where possible, it should be applied as a standalone herbicide application.