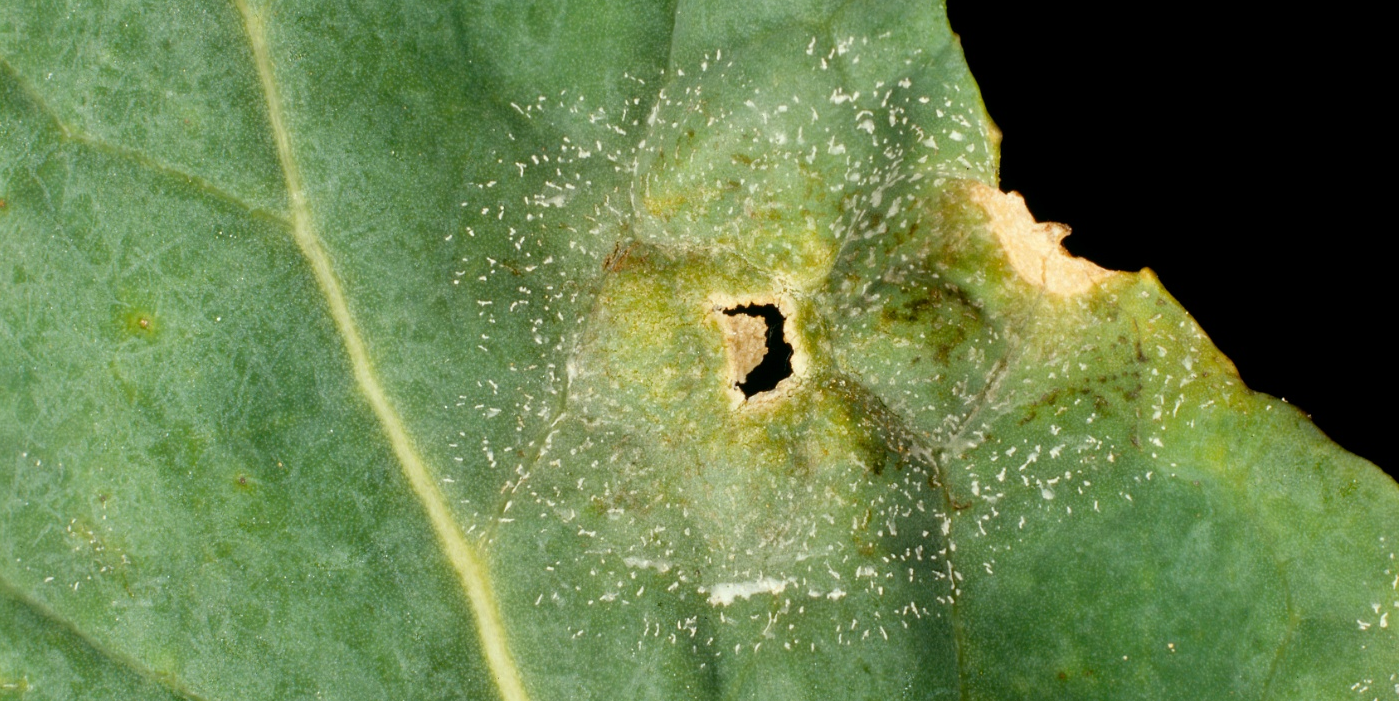 Don’t be tricked into thinking that cold weather during February has checked light leaf spot.

Met Office data shows that temperatures have been a degree or more below average in most areas, but there has been no exceptionally low temperatures anywhere even with the ‘Beast From The East’. The February low is still -11°C at Bewcastle, Cumbria, on the morning of February 7th.

Certainly the latest set of results from the ADAS/Bayer SpotCheck initiative would suggest that the disease has continued to cycle. Of 79 samples received so far this month, 54 proved positive for the disease. At 68% this is the highest percentage since recording started in October 2017.

It doesn’t surprise ADAS plant pathologist Philip Walker. “It’s a disease that will cycle when temperatures are just a degree or two above freezing. At these sorts of temperatures the disease is checked not killed.”

He notes that the latent period can be as short as 14 days at 15oC but will increase to about 30 days at 4oC, and that conidia can infect over a temperature range of 4 - 20oC. But he warns that once inside the plant the disease is offered some degree of protection. “Once the fungus is in the plant it is buffered to some extent against severe cold temperatures so it just sits there waiting for it to warm up a little.  The cold snap will have slowed the disease but not have stopped it. I would urge growers to be vigilant,” he warns.

The disease was also found in most parts of the UK. The Scottish Borders and the north of England were taking the brunt of it, but it was also present in southern areas including Oxon, Dorset, Wilts, Cambridgeshire and Norfolk. “It took a while to see symptoms further north but it is now showing strongly,” he adds.

Some of the samples supplied have shown significant disease. “Optimum temperature for the development of light leaf spot epidemics in the UK is 12–16°C because this maximises sporulation on the leaf surface and produces lots of inoculum for the next cycle.

“Once symptoms are visible in the field light leaf spot can increase and spread via rain splash very quickly. A secondary release of wind-blown ascospores in the spring further facilitates the spread of the disease,” notes Mr Walker.

Independent agronomist & AICC chairman Sean Sparling says in his area the disease isn’t as widespread as earlier in the season, but he is still picking it up and he urges growers to stay vigilant. “We’re just starting to see soils mineralise & release N so crops will start growing.

“As the weather warms up so will light leaf spot – despite the cold weather recently it is only delaying the inevitable. I have a slight concern that growers might assume their autumn applications have worked, and that this cold snap will have helped finish it off completely. But in reality the disease is still sitting there and protection is all we have.

“It is a disease that responds quickly to changing temperatures and it could suddenly take off again. We have been caught out in the past,” he cautions.

Find out more information on the key disease threats to your oilseed rape crop.