Neonicotinoid seed treatments are an important family of chemicals which have been used as insecticides controlling harmful crop pests for over 20 years.

The application of neonicotinoids seed treatments on crops attractive to bees has been called into question recently as some groups argue that they are damaging bee health, despite the wealth of information that suggests otherwise.

Are neonicotinoids insecticides harmful to bees? 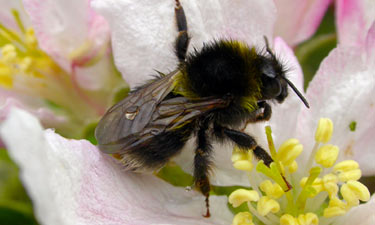 Neonicotinoid insecticides are very safe chemicals to use and, when used CAREFULLY and in accordance with the label, neonicotinoids should not have any effect on bees.

Although some recent laboratory-based studies have suggested that neonicotinoids are to blame for the problems facing bees, these studies were carried out in the artificial confines of a laboratory and are by no means representative of realistic field conditions.

Given the importance of identifying the actual impact of neonicotinoids, it is helpful to look at field studies which measure the effect of neonicotinoids on real fields and real bees in real conditions. These field studies, conducted over a period of years and across Europe by AFSSA, a French Government Agency (report in French), and academics including Elke Genersch, who published ‘The German Bee Monitoring Project’, show no statistical link between poor bee health and the presence of neonicotinoid residues.

Case studies also support these conclusions. In Australia, neonicotinoids are widely used yet Australian bees are some of the healthiest in the world. It is thought that this is because theVarroa mite is not yet present in Australia. In France, however, there have been extensive restrictions on neonicotinoids in place for a ten year period yet there has been no positive impact on bee health; it remains as bad as, or worse than, that in the UK or elsewhere in Europe.

Why are neonicotinoids insecticides useful?

Neonicotinoid insecticides are beneficial because, among other things, they:

2: Control only the insects eating the crop, not those which use the crop as a habitat.

3: Reduce the need of farmers to spray other products onto their crops