Value-added High Oleic Low Linolenic (HOLL) oilseed rape has been a part of the Ross family’s north Norfolk arable rotation at Canister Hall Farm near Walsingham for the past 16 years.

The £30/tonne premium it currently attracts on top of all bonuses is clearly less significant than it used it be with rapeseed values at well over £600/t for the coming harvest. But with today’s HOLL hybrids having as much yield potential as and all the agronomic strengths of leading ‘double low’ varieties, Andrew Ross sees no reason to stop growing it. All the more so as he has never failed to secure his ADM contract’s oil specification and certainly doesn’t foresee the market staying as strong as it currently is forever. 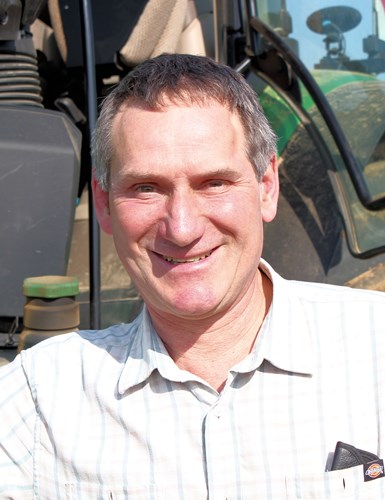 “We only started growing OSR in 2007 to give more flexibility and breadth to our cereal and sugar beet-based rotation,” he explains. “This coincided with the arrival of the first HOLL variety, Splendor. So, it was the perfect choice on our ‘virgin ground’. Since then, we’ve grown a succession of Vistive hybrids culminating in V367OL this season.


“The real performance breakthrough came with V316OL which went in straight at the top of the RL. Then we saw pod shatter resistance in the varieties for the first time. This is a trait we would never be without now as it allows us to hold off on desiccation to maximise our output without the risk of serious seed loss.”

Andrew and his cousin Stuart,who run the 590ha arable business at Canister Hall and several other nearby farms with one full time staff member, grow around 60ha of oilseed rape annually, wherever possible after winter barley. With vining peas also added to their rotation, OSR is typically grown once every six or seven years.

Although yet to lose a crop to cabbage stem flea beetle, significant pressure from the pest – not to mention gamebirds – has prompted the W.J.F Ross Ltd team to bring oilseed rape sowing forward from the third to the second week of August.

This season the value of earlier sowing – and having winter barley to enable it – was really underlined when spring barley harvesting delays mean some of the crop couldn’t be sown until the end of the month.

“Flea beetle pressures were generally lower last autumn,” recalls Andrew Ross. “Even so our later-sown rape was so badly attacked we feared it might not make it. While the hybrid’s early get-up-and-go and decent establishment conditions got the crop through, it has remained well behind our earlier-sown ground and much more patchy.

“Unlike the earlier-sown area which went into flowering well-structured, even and full of potential, we’re unlikely to get 4t/ha from it. The real difference here has been winter barley. Even after baling the straw, which we swap for muck with a neighbour, having it in the rotation means we can be sure of getting our OSR in early enough.”


Sowing the crop into reasonably long barley stubble in a single pass behind the legs of a Cousins Patriot stubble cultivator means the family lose as little moisture as possible while lifting sandy loam soils which have a tendency to pack down fairly hard.  Following-up smartly with a Cambridge roll gives extra moisture conservation and the best seed-to-soil contact.

Having found DAP applied ahead of sowing was displaced away from the rows by the Patriot’s legs, they now use their Lanquip self-propelled sprayer to target the permitted

“It’s surprising how much moisture our soils can retain under a cereal even when the surface is dry,” Andrew Ross says. “Apart from anything else, sowing our rape early ensures we make the most of this by leaving the soil bare for the least possible time.

“We are reducing tillage as much as we can and growing oat and vetch Mid-Tier Stewardship cover crops ahead of our spring crops, as well as regularly applying farmyard manure. All of which is really helping the OSR by improving our ground’s structure, its organic matter and moisture-holding capacity.

“We continue to plough ahead of the beet to incorporate the muck and our cover crop residues as we don’t have a mulch drill. However, our Vaderstad Rapid allows us to direct drill spring barley where black-grass isn’t problematic, providing we destroy the preceding cover crop effectively enough with glyphosate. We are also drilling more of our winter cereals directly these days too but only if conditions are right. And where the soil needs it, we do so after a single pass with the Patriot.”

In addition to a wide rotation, earlier sowing and good moisture preservation, keeping their  sowing rate down to around 40 seeds/m2  is another important element in the family’s OSR recipe. That way, even in a very growthy season, they get strong-stemmed stands with enough space to make the most of their HOLL hybrids’ branching abilities.

They are also meticulous in their crop care to get their OSR through to flowering with the most productive canopies. This includes three splits of spring nitrogen with sulphur, timely autumn and stem extension fungicide applications with extra manganese, and getting out with the gas guns as early as October for the most determined pigeon defence. 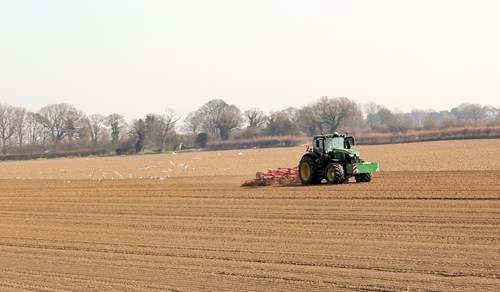 “Alongside sugar beet, spring barley and vining peas, oilseed rape is valuable in our zero tolerance approach to black-grass,” points out Andrew Ross. “We have to be on our toes, though, as it’s too easy for the weed to escape notice under the canopy.

“As a rule, we follow-up a robust pre-em with clethodim in mid-October to hold any black-grass back so we don’t have to go in too early with the propyzamide.  With the much milder winters we’re getting, Kerb in mid-December is giving us much better results than earlier applications.

“Glyphosate ahead of the OSR harvest can be helpful too in getting rid of late-emerging weeds sheltering under the canopy,” he adds. “Pod shatter resistance allows us to hold-off on this for as long as we can to maximise yields and all-important oil contents. Last year, for instance, we didn’t spray until the third week in July, having applied the pod sticker we’ve always used as a belt and braces in late June.

“Not drilling wheat on ground with black-grass concerns until mid-October gives us time for a stale seedbed after the OSR if we need it, too.”

While it’s never been the least stressful crop to grow, Andrew Ross continues to find oilseed rape, in general, and HOLL, in particular, a really useful addition to the rotation. At current rapeseed values, he is especially pleased to have stuck with it despite CSFB.

With commodity markets as volatile as they have become, he and his cousin also appreciate the extra assurance of contract-growing a crop which consistently delivers them a premium for its superior food industry frying characteristics.  After all, even if the season prevents it doing more than 3.5t/ha, the 65ha they currently have in the ground is worth almost £7000more than ordinary rapeseed under their current HOLL contract.