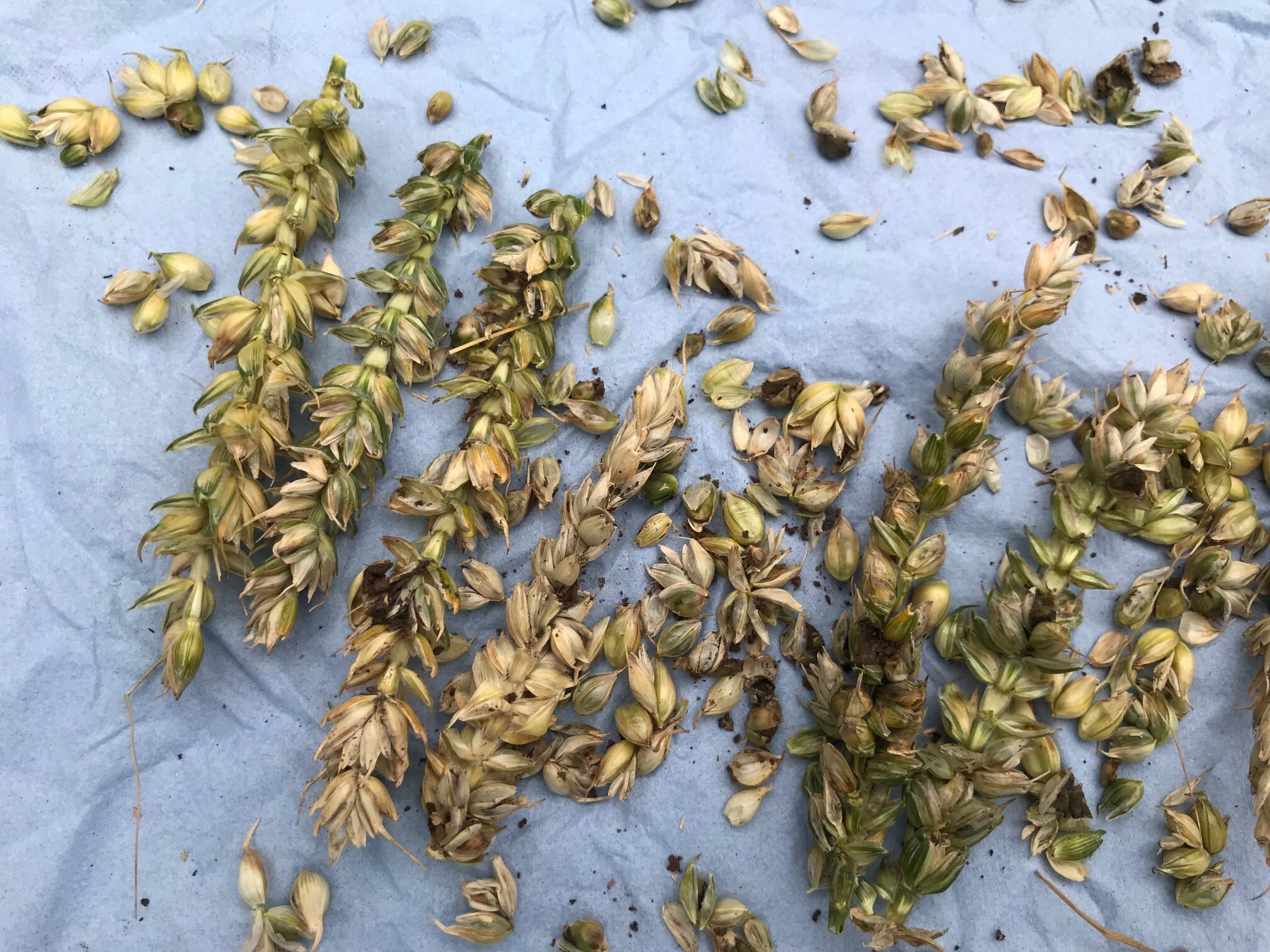 Cereal seed diseases like bunt (Tilletia tritici) or loose smut (Ustilago tritici or U. nuda) have rarely been seen over the past decade as seed treatments have been very effective at controlling them. Recently, there has been a small, but increasing trend against the use of seed treatments in farm saved seed in favour of saving costs and supporting soil biology.

However, Kerry Maguire, Bayer’s Agronomic Solutions Manager for Arable Diseases is warning that unless growers know the disease status of their seed crop, they are taking a gamble by not using a seed treatment. “Previously well-controlled seed-borne diseases have the potential to emerge unexpectedly and at high levels, causing significant yield loss,” she says.

“The results from year two in the untreated wheat plots at Shelford have been quite extraordinary,” says Kerry. “Bunt infection in the untreated plots ranged from 6.3% to 28% infection, with an average of 15% of ears infected across the trial. In the barley plots there is a small amount of loose smut, but no net blotch or leaf stripe have been seen yet.”

None of the trial plots at Stockbridge are showing any visible disease yet.

Dave Holah, Bayer’s Country Regulatory Manager for UK and Ireland explains that one of the reasons behind the trial is to look at what might happen if seed treatments are no longer available. He says, “With a regulatory environment that looks set to continue the reduction in crop protection products, we could see a future where traditional chemical seed treatments are unavailable. While this scenario may be many years off, we needed to look at what difficulties growers may face without these treatments when growing certified seed crops, and when saving seed for their own use.

“We were not expecting to see results in year two, so the Shelford wheat trial is a surprise. We hope that we will be able to clean sufficient seed from the untreated plots to be able to drill again.”

One of the challenges of seed-borne disease is that unlike bunt, which occurs on the seed surface, other diseases such as loose smut exist in the seed embryo and cannot be detected without lab testing, nor removed by surface cleaning.

Kerry offers some advice to growers considering whether to treat their farm saved seed or not. She says, “Ensure you regularly walk crops destined for saved seed, and get your seed tested. This is the only way to understand what diseases are present, and to help inform your treatment decisions.”