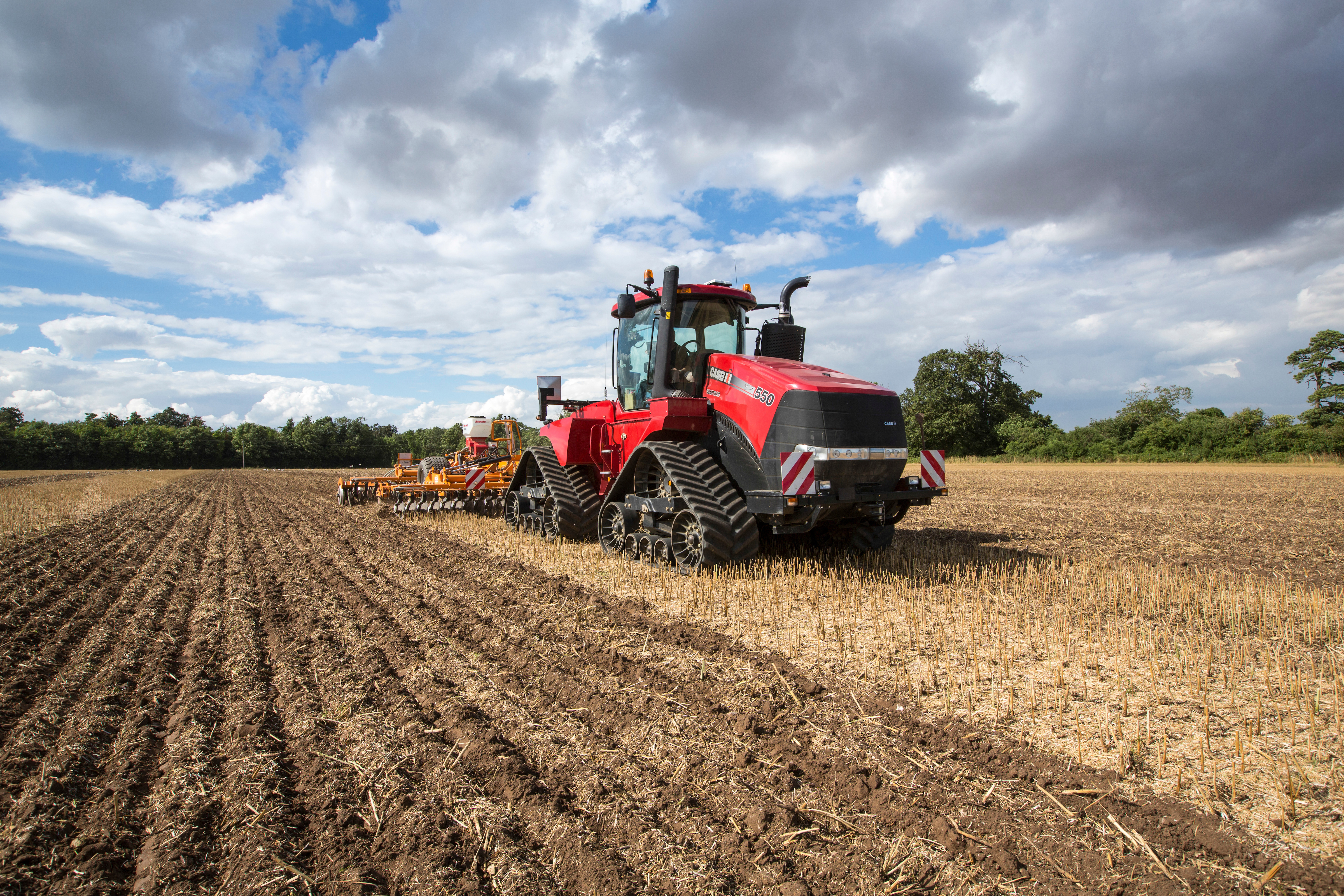 How well we manage our stubbles is increasingly the difference between success and failure in the battle against problem grassweeds. It can also make all the difference to the health and resilience of our soils.

Gone are the days when stubbles were dealt with as rapidly and cheaply as possible between the far more important priorities of combining and drilling. Instead, managing them has become a strategic essential we put too little thought, time and effort into at our peril.

Alongside the particular weed burden, the most appropriate stubble management strategy for the farm will, Roundup specialist Tom Scanlon believes, depend on two main things – the main establishment regime and the current cropping pattern.

When is the best time to cultivate? In no-till systems, the answer is clearly never. But for the majority of growers min-tilling, ploughing or using a rotational plough ahead of autumn or spring drilling without a catch or cover crop, Tom Scanlon suggests the best approach is to wait until after spraying-off the first flush of weed growth. And only then if soil conditions are right.

Wherever possible, he advises growers to employ the two glyphosate applications ahead of drilling widely acknowledged to be the optimum. The authoritative 2016 ADAS study for AHDB, for instance, shows overall black-grass control rising from just over 70% with one application to almost 95% with two (Figure 2).

Figure 2:  Impact of Number of Glyphosate Applications on Black-grass Control 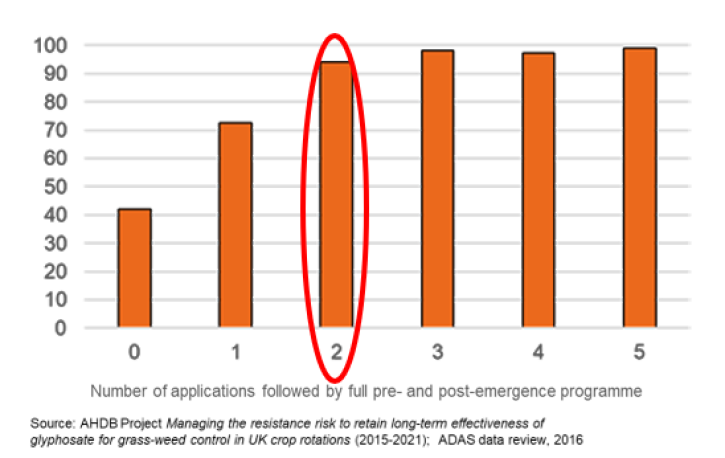 “Dry weather can seriously limit the decent flush of weed growth essential for the success of any pre-planting programme even in a low dormancy season,” he accepts. “So, where there’s insufficient time or moisture, you may have to rely on a single glyphosate spray to do the job. In which case you must make it count.

“It will be more important than ever to employ a modern Roundup formulation proven for its reliability under challenging dry conditions and short cultivation interval. All the more so, with the noticeably poorer performance being seen from many of the generic alkyl phosphate ester (APE) formulations replacing the now withdrawn ethoxy tallow amines (ETAs).

“All our trial work shows we get the optimum control of black-grass with two pre-planting applications of 540g/ha of Roundup at the 2-3 leaf stage with a cultivation in between,” reports Mr Scanlon. “This is also the approach recommended to minimise the risk of resistance development.

“Where you’re only spraying once ahead of autumn drilling you need to increase the rate to 720g/ha to deal with better established, tillered weeds. This higher rate is also important where ryegrass or bromes are present.

“Attention to detail in spraying practice is every bit as important in making your pre-planting applications work as hard as they can. It really is vital not to rush the job, and get your water volume, nozzle type, spray pressure and boom height spot on.

“Adjuvants may help with hard water, in particular,” he adds. “But no amount can make up for insufficient glyphosate or an inferior formulation.”

In managing stubbles as effectively as possible this autumn, the correct integration of cultivation with pre-planting treatment is, of course, equally essential.

Meadow, soft and rye bromes differ from the others in needing a period on the soil surface to ripen before cultivation. But, like black-grass and ryegrass, providing there’s sufficient moisture sterile and great bromes will germinate readily in the autumn if left on the surface or under a straw mulch.  As will volunteer oilseed rape.

So regardless of the weed challenge – or predicted dormancy status – Mr Scanlon finds the best approach is to avoid cultivating the ground immediately after combining, unless this is necessary – for soil remediation, OSR or cover/catch crop establishment or organic matter incorporation, for example.

In his experience, even the shallowest of cultivations at this stage will give little or no extra impetus to grassweed germination and, in most cases, only works against soil moisture preservation.  Instead, a light roll to maximise seed-to-soil and seed-to-straw contact should be quite sufficient to ensure the best initial weed flush possible; especially where the combine has given a good chop and even spread of straw and chaff.

For the majority of growers min-tilling, ploughing or using a rotational plough ahead of autumn drilling without a catch crop, Mr Scanlon suggests the best approach is to cultivate after spraying-off the first flush of weed growth. And only then if soil conditions are right.

“It clearly depends on your particular soil and conditions, and no one size fits all,” he says. “But if you wait until after your first weed flush you’ll generally know you have sufficient moisture to do a decent job of cultivating. This will also enable you to get in with your glyphosate at the ideal 2-3 leaf stage of weed growth, then press or roll to give yourself another opportunity to spray-off further growth just ahead of drilling.

“Should conditions or time not allow a second stubble treatment, of course, you always have the option of including an approved glyphosate in the pre-em mix. This is something you should seriously consider wherever drilling is delayed for more than a few days after your pre-planting spray. A lot of black-grass can emerge in a very short time under the right conditions and it won’t be touched by most residuals. So, it can be a valuable extra string to your control bow.”

The Roundup Brand was born in 1974. Since then products based on glyphosate have become the most widely used herbicides in the world.