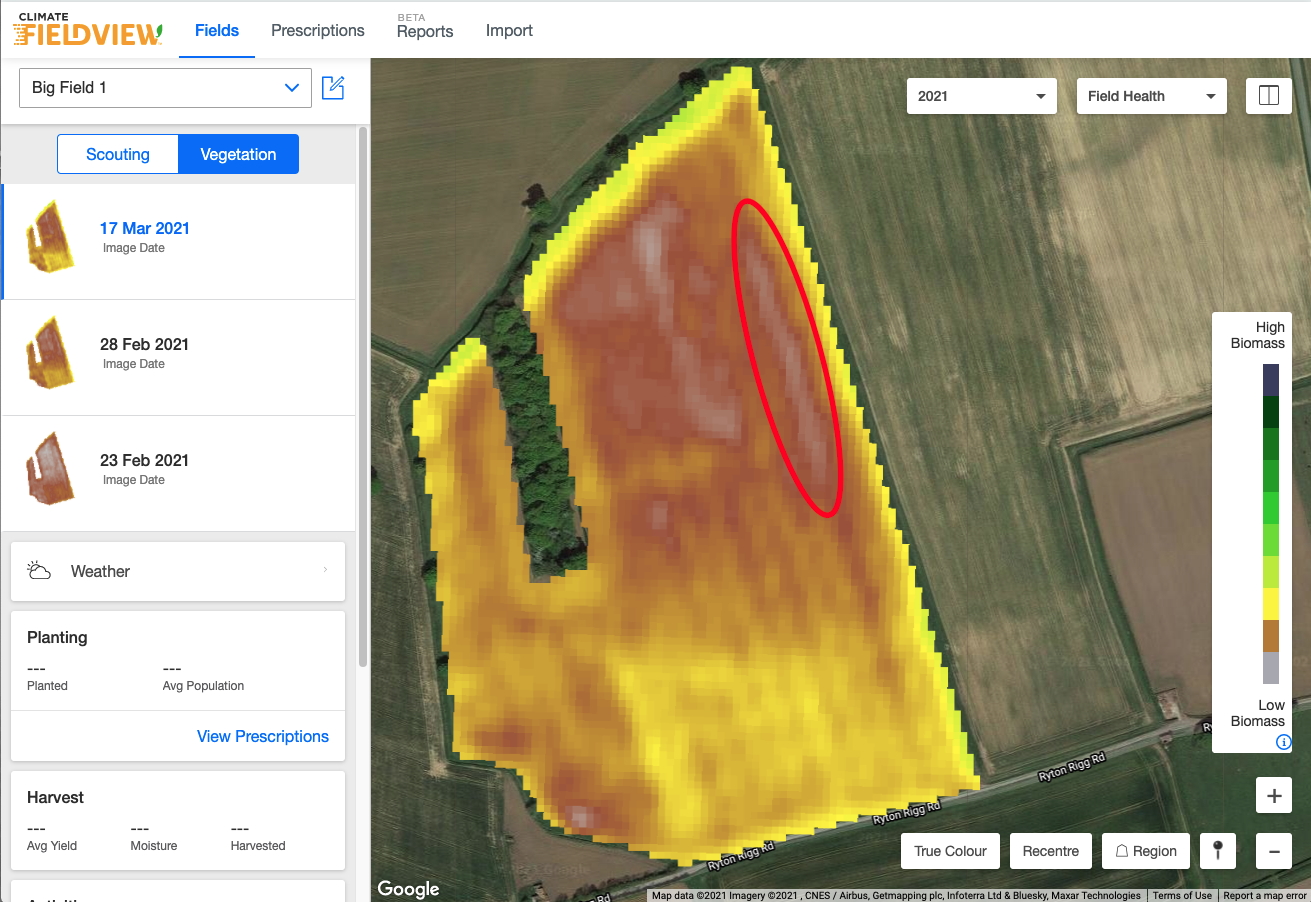 The Covid impact has been felt by all. A tractor cab is as good a place to self-isolate as any but the impact on rural farming communities has still hit hard.

The Boothman family from Malton, Yorkshire would normally get together at some stage over Christmas. But this year only Ben could see his parents as they were part of his ‘bubble’.

Brothers, Ben, Andrew and Chris all help father Matthew on the farm. Chris takes on most of the running, with Ben being the agronomist. Andrew ‘chips in’ when needed but being an area manager for a major field trials and research company time can be limited.

But the Covid impact has been particularly felt by Ben. A semi-pro rugby player he was looking forward to the 20/21 season after his team Hull RUFC won promotion to National League 2. It looks unlikely Hull will not take to the field until the autumn of 21. “I love my rugby and I’d nicely got bedded back into the team after a severe ligament injury. We’ve had the Six Nations but nothing beats playing. There’s also the loss of income – national League players are paid on ‘pay per game’ basis.”

But despite the lack of social time together Covid’s impact on farming operating hasn’t been as severe. That is in part down to Climate FieldView.

The Boothman family is trialling the platform and using it to share farm data. “We’ve only just recently got into the techie stuff as its part and parcel of advancing machinery. It’s proving its worth as we are able to share data and make decisions accordingly,” says Ben.

What particularly pleased Chris was the set-up process. “We were up and running with the combine in no time – it simply was a case of ‘plug n play’. It also links up nicely with MyJohnDeere and that is useful too,” he notes.

Yield maps have highlighted the variation across fields, and vegetative maps have been used to monitor crop progress and improve evenness across the field. Ben notes that this has also highlighted areas where drainage is a concern. “Ironically poor drainage came to our aid last season as when the drought struck fields held on to a bit more moisture. But we cannot base our management approach on annual spring droughts so we are now in the process of rectifying drainage issues.”

Another area where Climate FieldView is already paying back is with soil zones. In the past the business has historically taken soil samples on a per-field basis. “We’ve divided our fields into zones.  This allows us to assess the various changes in soil types and using that to adjust seed and fertiliser rates. Where plant establishment is poor, we have tailored seed rates to compensate for losses,” says Ben.

But Ben has identified other opportunities with the field health tools of the platform. He trades straw over the winter and sees a benefit here too. “FieldView helps me monitor field biomass when approaching harvest, giving me an indication of what my straw yields are looking like. That allows me to plan ahead with my customers.”

In the future he is looking to take data from the farm’s contracting customers and his own agronomy clients, and be able to share data with them. “At the moment we’ve really only used Climate FieldView on the family farm but I will want to expand it further. It will help me plan variable rate applications but also allow me to share field operation details with the farms and my own customers more easily” he notes.

Sharing with Ben has allowed Chris to identify another future task on the farm - that is to map black-grass populations. Black-grass isn’t a significant problem but a worry all the same. What helped instigate this was a green line across a field picked up in field health tool imaging. Chris shared the data with Ben and asked him to ground truth. “What Ben found was a line of black-grass and we think a nozzle got blocked which I couldn’t see from the tractor.

“There has been a knock-on effect despite it never seeding due to a dose of Roundup. It took some of the goodness out of the soil and left the area with a low biomass index and vegetation cover in what is normally very productive ground,” says Chris.

With first fertiliser dressings done his next task is to start drilling spring barley Planet. The plan is to vary rates based on the soil zone maps. “In the past we’ve typically drilled at 185-190kg/ha but we’ll be using rates up to plus or minus 20%,” he suggests.

We’ll catch up next time to see how Chris gets on.

The digital farming platform that helps you to maximise your productivity