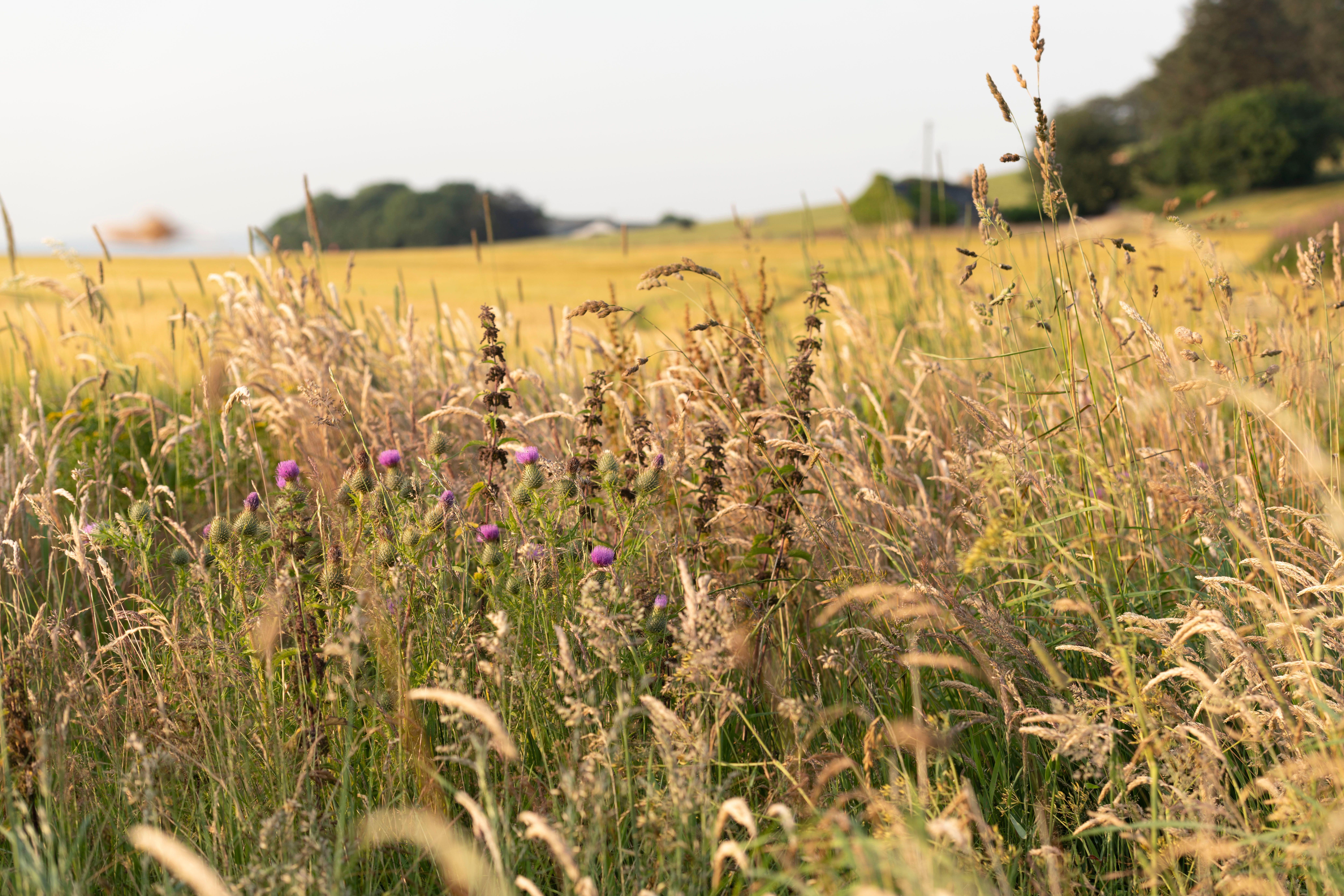 All insect species contribute to improving biodiversity, but when considering those beneficial to arable crops, the focus is on pollinators and natural predators. There are also insects that benefit soil structure and nutrient cycling. 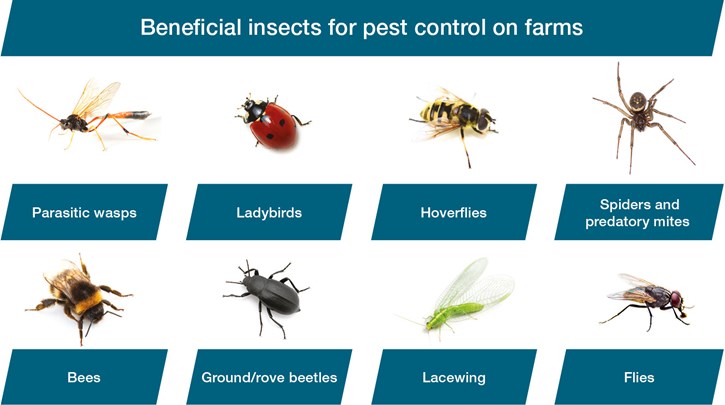 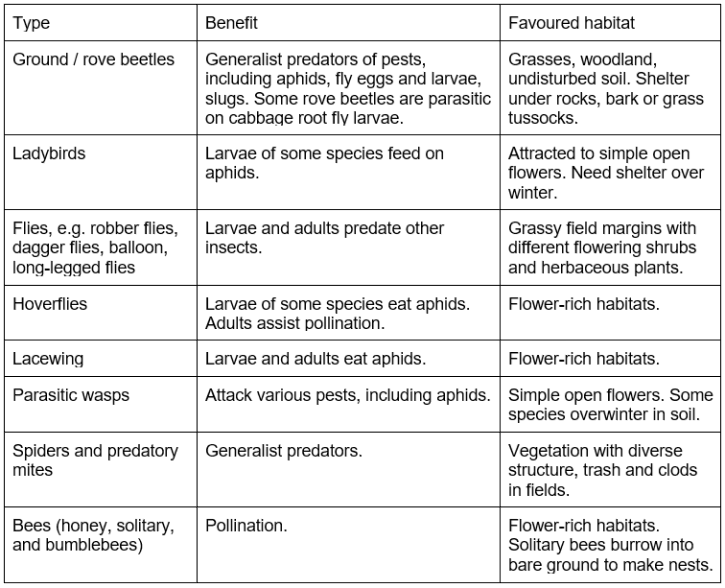 How can natural pest control be measured on a larger scale for arable farms?

Unlike lab tests of new actives or field trials of resistant varieties, quantifying the benefits on a field or farm scale is complex and difficult.

Some studies have though, and the subject is the focus for researchers and farmers involved in the Achieving Sustainable Agricultural Systems (ASSIST) project, led by the Centre for Ecology and Hydrology (CEH), with Rothamsted Research and the British Geological Survey.

ASSIST builds on previous research on farms in southern England, where replicated trials assessed the benefits of different environmental measures. This included a six-year investigation at the 900 ha Hillesden Estate, Buckinghamshire (during 2005-2011), examining the effects of converting differing proportions of arable land to wildlife habitat. This found an uplift in average yields of rotations based on wheat, oilseed rape and beans from putting between 3% and 8% of land into environmental stewardship, with beans showing the greatest benefit (25-35% yield increase).

However, as CEH’s Professor Richard Pywell says, while yields benefitted and beneficial insects (notably bumblebees and carabid beetles) increased where enhanced features were established, it is not certain this yield benefit was due solely to beneficial insects. Some yield uplift could be due to less productive land being taken out of production, increasing the average yield across the remaining cropped area.

A later study at Hillesden and another estate led by CEH’s Dr Ben Woodcock did find a clear benefit to aphid control in winter wheat from different types of predatory invertebrates present in grass-based and floristically-enhanced field margins. This “spillover effect” of natural pest control declined further into the crop, and was mostly found within the first 50 m. The steepest decline in predatory effects was in crops adjacent to grass margins low in flower diversity.

The same study also found a 0.4 t/ha yield benefit from improved pollination of oilseed rape adjacent to margins due to more activity (“visitation rates”) of insect pollinators including bumblebees, honeybees, hoverflies and solitary bees. Visitation rates of hoverflies, bumblebees and solitary bees declined with distance into the crop due to their relatively small foraging range.

There was less decline among honeybees, whose foraging range regularly exceeds several kilometres from nests.

How to measure if natural pest control is working

For growers wanting to monitor the impact of encouraging beneficial insects themselves, John Holland says the simplest approach is to assess changes in pests or damage to crops adjacent to environmental measures. Control areas are needed to identify whether the measures implemented worked, ideally with at least 4-5 replicates.